We are on the brink of another great discovery in the Valley of the Kings: Behind the walls of the tomb of one of the best-known pharaohs, Tutankhamun, it now appears that hidden chambers have been sealed shut for thousands of years, with mysteries yet to be uncovered.

Ninety-three years ago, almost to the day, the most spectacular archaeological discovery of all time was made in the very same place, when Howard Carter opened the tomb of Tutankhamun, then a little-known boy king of the 18th dynasty of Egyptian pharaohs, and shone a torch on “wonderful things” – golden and bejewelled grave-goods, a throne, a chariot and, most famously, resting on the face of the king’s mummy, in the middle of a nest of increasingly ornate sarcophagi, the golden death mask that has become an icon of ancient Egyptian civilisation.

Following such an illustrious precedent, the excitement among Egyptologists about the potential new discovery is dangerously high, with speculation that we may find in the hidden chambers more treasure to rival or even surpass the original discovery, and even perhaps the tomb of Tutankhamun’s stepmother, Queen Nefertiti. She was said to be the most beautiful woman in Egypt’s history and a bust of her, controversially displayed in the Neues Museum in Berlin, is among the finest works of art of the ancient world.

What lurks in those chambers

The truth is that we shall have to wait to see what lurks in those hidden chambers. With nearly all the other tombs in the Valley of the Kings looted in antiquity by grave-robbers, the prospect of finding new treasures is tantalising and the excitement understandable.

Also read: The future of ancient sites in the Middle East

But how did these chambers remain hidden in such a famous tomb, in this narrow, sun-baked valley, pored over by Egyptologists for so long? More to the point, how did we discover them now?

Factum Arte, a Madrid-based art and preservation organisation, had been commissioned by the Supreme Council of Antiquities, Egypt’s cultural heritage body, to make a high-definition scan of the tomb of Tutankhamun as part of a project to make a facsimile copy. This was needed because the breath, sweat and camera-flashes  of visiting tourists were irreversibly damaging the original.

Factum deployed cutting-edge technology, beyond the long or medium-range scanners that might otherwise have been used, and it was this that led the Egyptologists, and Dr Nicholas Reeves in particular, to the brink of this potential discovery.

As Adam Lowe, director of Factum Arte, explains: “Nicholas Reeves’ observations are based on high resolution colour photographs [1:1 at 700DPI] and close-range 3D scans that record the surface of the walls at sub-millimetric levels of accuracy. The data has been prepared so that it can be studied without the need of special computers and software.”

He adds: “As the recent insights show, it has been possible to see things that were not noticed in any condition reports based on observations in the tomb. By separating the colour information from the 3D recording of the surface, it has been possible to see the shape of bricked-up doors and changes in the character of surface texture. Once noticed, these are clear indications that Howard Carter and others may have overlooked something important. Other techniques such as thermal and radar imaging have confirmed this.”

Preservation of the past

Advanced technologies and digital restoration techniques are emerging as critical tools in the preservation of the past. The Oxford-based Institute for Digital Technology has just won the Apollo Magazine award for Digital Innovation of the Year for its Million Image Database project, deploying stereoscopic digital cameras into Syria and Iraq and elsewhere to record endangered monuments and to build replicas of those that are destroyed.

Likewise, Dr Sarah Parcak, a professor at the University of Alabama, has just won the $1m TED Prize for her work using satellite imaging to discover previously unidentified archaeological sites – she has found 17 possible pyramids in Egypt – but also to document the looting of antiquities and the destruction of historical remnants in the region.

Also read: Egypt: The return of the King?

The discovery in the Valley of the Kings – if it is indeed as spectacular as is hoped – will be a vindication of the importance of employing advanced technology in cultural heritage protection.

It will also be a welcome respite for Egyptians, especially those in the tourism industry, who have suffered a string of bad news stories in recent months.

As Hanan El Deeb, an Egyptian archaeologist who formerly worked at the Supreme Council of Antiquities and now runs the Avatar tourism agency in Egypt, put it: “We are not totally sure what we will find, but whatever we find, it will be good for tourism, good for Egypt, and good for Egyptians.” 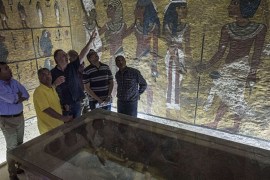 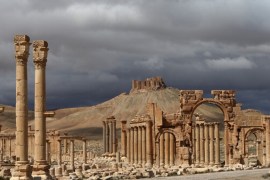