Beef has become an incendiary issue in India. Last month a Muslim teenager was burned alive in Kashmir for the unproven sin of transporting beef in his truck.

It was one of a string of Hindu mob attacks, including the lynching of Mohammad Akhlaq in the northern village of Bisara who died because he was wrongly suspected of eating the outlawed meat.

The alarming brutality and rise of such incidents has galvanised opposition to the reigning Bharatiya Janata Party government, and what was once a low grumble of discontent has become a loud, collective howl of outrage at the climate of increasing “intolerance”.

The “i” word is now popular shorthand employed by authors, journalists and politicians, for the nationwide rise of Hindu nationalism-inspired violence – in other words saffron belligerence – beef being the thin edge of the Hindutva wedge. (Saffron is a religiously significant colour to the Hindu, Buddhist, and Jain religions as it signifies renunciation and the absolution of the ego.)

“Killing [in Bisara] cannot be justified but the followers of religions, which have come from outside the geographical and cultural boundaries of India, must understand and accept the 5,000-year-old civilisational tradition and philosophy of India. It’s not about following Hinduism, it’s about being Indian,” Muralidhar Rao, the BJP national general-secretary, told the press, eliding in one fell swoop the many Hindus, including Keralites, Dalits (lower caste Hindus), North-Easterners, and upwardly mobile urbanites who regularly eat beef.

Beef is deployed in the Hindu extremist discourse as a spurious boundary of identity, separating outsiders from Indians, and hence as a marker of cultural pollution. As the novelist Manil Suri noted: “Some Hindu hardliners insist the idea of eating beef was introduced by Muslim invaders, despite references to its consumption in ancient texts like the Vedas, written more than a millennium before the time of Muhammad. By eradicating this ‘alien’ practice, they hope to return the country to values they hold dear as Hindus.”

But it’s not just beef that is under fire. Saffron ideology, at its heart, is adamantly opposed to eating any kind of meat. From vegetarian-only housing discrimination to meat bans at the time of Hindu festivals to the pressure to take meat off college hostel menus, there is increasing talk in left-leaning circles of the rise of “culinary fascism“.

The great irony is that such “fascist” moves are, at best, weak attempts to stem the rising tide of meat consumption that has accompanied the wealth ushered in by nearly two decades of economic liberalisation.

As documented, “rising incomes in India are related to the rising consumption of meat… Per capita income rose 55 percent over the same period, 2005-06 to 2010-11, that meat consumption rose in rural and urban India”.

It is no coincidence then that it is the humble Muslim villager or lorry driver who becomes the target of anti-beef rage.The well-heeled elite and rising middle class are far less easy prey for a ruling party that relies on the promise of material affluence to sugar-coat its cultural agenda.

It is also easier to demonise minorities than a tidal wave of aspiration, which has left saffron organisations wringing their hands in frustration.

Also read: Sacred cows and politics of beef in India

“Some students at these institutes are consuming non-vegetarian food and adopting Western culture. Many vegetarian students follow them and bring sorrow to their parents,” complained the Madhya Pradesh wing of the Rashtriya Swayamsevak Sangh (the leading Hindutva organisation and cultural wing of the BJP) in a letter demanding separate vegetarian canteens in India’s leading technology and management institutes.

In ‘new India’, meat has become the marker of a different kind of identity, a personal brand of aspiration and affluence. India may be home to the greatest number of vegetarians – 300-odd million at the last count – but its wealthier citizens are voraciously carnivorous in aspiration, and increasingly so in their diet.

In the land of Gandhi, meat is a basic food group in the yuppie meal plan – bacon for breakfast, burgers for lunch, and kebabs for dinner. Meat is the new black. And of the various meats, beef is the ultimate standard-bearer of cool, a cultural signifier that denotes membership in a cosmopolitan India whose taste for the once-forbidden meat marks its distance from the old.

Now that the beef bans have come along to ruin the party, “celebrities are coming out as beef eaters, as if that is the hallmark of brave liberalism,” the commentator Sandip Roy observed.

The flip side of this type of liberal discourse is that it views vegetarianism with no less suspicion and hostility, as a symptom of either a pitiful lack of modernity or, worse, a hidden allegiance to the Hindutva, or at least, Brahmanical worldview.

As Roy puts it: “The problem is that the gospel of vegetarianism has become a holy war. It’s become a debate not about health or environment, but about intolerance, religion and bans.”

Lakshmi Chaudhry is the former executive editor of Firstpost.com. Her work has appeared in a variety of publications, including The Nation, Salon, Wired, Village Voice, Mother Jones, and The New York Times. 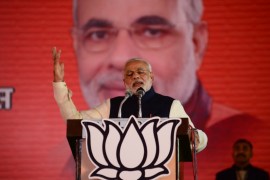 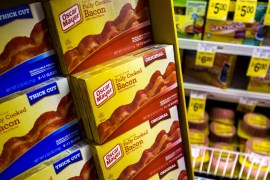