Ghislaine Dupont and Claude Verlon were killed by violent groups in Mali on November 2, 2013.

James Foley was killed by violent extremists in August 2014 in Syria – followed by Steven Sotloff in September 2014.

The list is very long, including Nils Horner, shot dead on the streets of Kabul, on March 11, 2014.

Brutal, inhumane, senseless. These words come to mind when we hear of these cases – almost on a weekly basis. This is made worse because there has been no justice for any of these killings – impunity has become a terrible trend.

One in 12. That is the ratio of resolved to unresolved cases of killings of journalists, according to information received by UNESCO. In total, we are talking about just 55 cases out of more than 680 from 2006 to the start of this year.

The situation is most dramatic in conflict situations, where violent extremists have carried out acts of abhorrent violence against journalists to crush all freedom of thought and expression. The beheadings of journalists by ISIL embody the steep challenge we face today.

This year alone, at least 70 journalists have been killed in the line of duty. This can no longer stand: We need to end impunity. This calls for more information and research, and this is the importance of UNESCO’s report on World Trends in Freedom of Expression and Media Development: Special Digital Focus 2015, which we launch today.

Also read: A dead hostage is more valuable to ISIL

First, we must stand up to violent extremists, and to their hate propaganda, which disseminates messages of violence against journalists, freedom of expression and information. Even in the most difficult conflict situations, we cannot allow impunity to stand – we must insist on justice being done. This means also developing new counter-narratives of shared values and human rights and engaging young people, especially.

Even in the most difficult conflict situations, we cannot allow impunity to stand - we must insist on justice being done.

Second, we need to support governments in taking justice forward through support of legislation, regulations and capacity-building. Half of all journalist killings have happened in peacetime, often targeting local journalists, not foreign press, who were highlighting corruption and abuse.

Every time the perpetrator of a crime is allowed to escape punishment, this emboldens others. This nourishes a vicious cycle of violence that is poisonous to all society, undermining respect for human rights and dignity, and weakening the rule of law.

Third, we need to work with all stakeholders to strengthen safety policies – in conflicts and peacetime situations. This places a premium on stronger journalism education and more effective training at all levels, including with police, the judiciary and the armed forces.

Lastly, we must speak out every time and call for justice. As Director General of UNESCO, the UN agency with a mandate to defend press freedom, I stand up publicly every time to condemn all killings of journalists, media workers, and social media producers of news who die in the line of duty. In every case, I urge the authorities to conduct swift and thorough investigations, and I will continue to do so.

To move on all fronts, UNESCO has championed the UN Plan of Action on the Safety of Journalists and the Issue of Impunity. This is the first systematic mechanism to join up the efforts of relevant UN agencies, governments, civil society, academia and the media. Each sector has an important part to play in the safety equation.

Propelled by the UN Plan of Action, there are programmes for advocacy, research and training in such countries as Nepal, South Sudan, Tunisia, Pakistan, Somalia, and Mexico.

In Sweden, efforts are made to strengthen the cooperation between different actors within the media sector towards increased security against threats and crimes against journalists.

Over the past three years, eight different resolutions have been adopted at UNESCO, the UN General Assembly, the Human Rights Council, the Council of Europe, and the UN Security Council.

We need to accelerate momentum. Governments have to develop better laws and mechanisms to enforce them. News organisations need to operate effective safety policies.

Journalists should be more proactive in protecting themselves both online and in the physical world. We must stand up to the hate propaganda of violent extremists that fuels the cycle of violence.

The International Day to End Impunity of Crimes against Journalists on November 2 is the moment for all of us to raise high the flag for action to end impunity.

When a crime against a journalist is committed, we all suffer. So all of us must raise our voice together and say clearly and powerfully: Violent attacks on free expression will not be tolerated.

Alice Bah Kuhnke is Sweden’s minister of culture and democracy.

Irina Bokova is director-general of UNESCO. 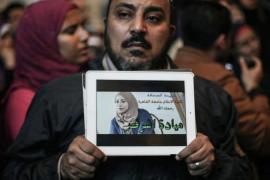 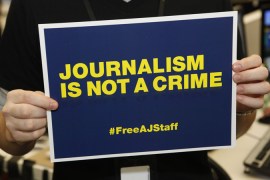