Chongyang, the traditional holiday honouring China’s senior citizens, always falls in deep autumn (the ninth day in the ninth month of the lunar calendar) when the leaves are turning gold. To mark the occasion, a recent infographic compiled by the official Xinhua news agency’s website paints a rather bleak picture of its elderly.

According to the 2015 Family Development Report, only 28.9 percent of the elderly in urban China and 15.9 percent in rural China feel they have no difficulties in their old age care. And 37 percent of the urban and 47 percent the rural elderly complain that they don’t have enough money.

China isn’t the only country in the world that has been hit by the “grey tide”, yet no nation is facing a graver challenge. To start with, unlike Japan or Western Europe, China has become a “grey nation”, where more than seven percent of its population is above 65 – the standard age for elderly people according to most developed countries – before it has grown rich.

Secondly, it is aging at an unprecedented speed: At the end of 2014, the elderly population, defined as those 60 years of age and older, had reached 212 million.

According to the National Committee on Aging, by 2053, the number of elderly people will leap to 478 million, accounting for 35 percent of the total population, compared with the world average of 20 percent.

It will make China the most aged society in the world. The startling percentage stems from two facts: a significant increase in average life span – from 41 to 73 over the past five decades, and the dramatic demographic changes caused by the one-child policy introduced in 1979. China’s announcement of ending the policy last week was mostly aimed at addressing the issue.

Traditionally, children were expected to hand over part of their salaries to their parents and care for them in their old age, an obligation dictated by the highest Confucius virtue of “filial piety”. In today’s increasingly individualistic society, however, filial piety is taking a backseat as the family ties are loosening.

Filial piety - like most moral issues - is a private matter. It is unwise to seek solutions to such problems through laws, which is a weapon our authoritarian government turns to far too readily.

The fast-paced modern life, high pressure at work and a mobile population – a vast number of rural youth leave their poor villages to seek work in the cities – all mean that increasingly young people are no longer at home to take care of their parents. Many don’t offer financial help either.

Amid ever louder complaints by neglected parents, a cosmetic company in southern China’s Guangzhou came up with a novel idea – to impose a “filial piety tax” on its employees, most of them migrant workers.

In order to “inspire filial respect for parents”, the company introduced a rule three years ago, which automatically deducts 10 percent out of the salaries of single employees and 5 percent of that of married employees and wires the amount directly to their parents.

The news reported in The Guangzhou Daily shortly before the Chongyang holiday has sparked much discussion on social media. While some questioned the legality of the rule, others welcomed any means that might force young people to pay more attention to their parents.

Back in 2013, China actually passed a controversial “filial piety” law, mandating that children who live apart from their parents must visit home frequently or face jail time.

The effectiveness of the law is unclear. Realistically speaking, many migrant workers only have the time and money to visit home once every year, usually during the Spring Festival.

I think filial piety – like most moral issues – is a private matter. It is unwise to seek solutions to such problems through laws, which is a weapon our authoritarian government turns to far too readily.

Aside from the feasibility of such methods, both efforts feel like inadequate attempts to address China’s vast problem of a surging grey tsunami.

The most fundamental challenge is the lack of social provisions, such as healthcare and social security. China’s pension reserve only accounts for two percent of the country’s gross domestic product, compared with 25 percent in Japan or 83 percent in Norway.

Currently, the care facilities can only accommodate 1.6 percent of its old people in China. Before my father passed away in January, he spent his last six months of his life at a hospice in Nanjing, which provided assisted living.

Both facilities and service are unremarkable, yet, there’s usually a three to four years’ waiting time. A well-connected relative ushered in my bed-ridden father through the “back-door”.

Living in the capital, I travelled down to Nanjing whenever I could. Most of the responsibilities fell on my sister’s shoulder. She kept saying to her only son: “I am setting a good example for you so that you can take care of me in the same way in my final years.”

My nephew just smiled politely without making any promise. Even if he were willing, he may not be able to when the time comes. His wife is also a single child, so they’ll have to take care of two sets of parents. The next generation faces and even heavier burden in caring for the old.

In order to meet the challenges, the government will have to put renewed efforts into developing its healthcare provision, unemployment insurance and pension insurance, as well as expanding social welfare.

They have to offer incentives to attract private investment in all elderly care industries and allow space for NGOs to work with the government in dealing with the aging issues. Otherwise, the future of China’s elderly will look even bleaker than the infographic.

Lijia Zhang is the author of “Socialism is Great!”: A Worker’s Memoir of the New China. 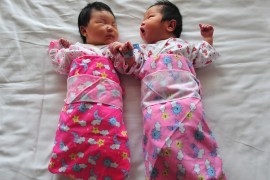 State news agency says restriction introduced in 1980 will be lifted, allowing all couples to have two children. 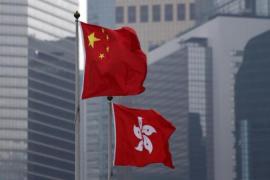 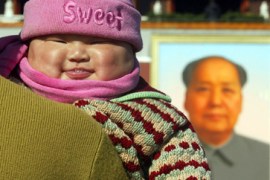 China’s one and only

Thirty years of the one-child policy has created a growing gender imbalance.