When the Islamic State of Iraq and the Levant (ISIL) reportedly claimed responsibility for the atrocities in Paris, its message was sprinkled with references to “a faithful group of the soldiers of the caliphate” who attacked “crusaders” in Paris, a city described as the “the carrier of the banner of the Cross”.

This has heightened the notion that a monumental battle between Islamism, or even Islam, and the West is under way.

“Islamist fundamentalism must be annihilated,” said the far-right Front National’s leader Marine Le Pen, who is previously alleged to have compared Muslims praying on the street to the Nazi occupation of France.

Almost inevitably, with the precision of a Swiss timepiece, some evoked the late Samuel P Huntington.

“This is not a grievance-based conflict,” opined the Republican presidential hopeful Senator Marco Rubio. “This is a clash of civilisations, for they do not hate us because we have military assets in the Middle East.”

Although ISIL undoubtedly hates Christians and other non-Muslims with a passion and believes in just such a clash, buried amid its jihadist rhetoric of fighting the “infidel” is a clear indication that the choice of Paris as a target was largely motivated by France’s “military assets” in Syria.

“The smell of death will never leave their noses as long as they lead the convoy of the crusader campaign … and are proud of fighting Islam in France and striking the Muslims in the land of the caliphate with their planes,” ISIL’s statement mentioned above expressed explicitly.

This highlights how clashes of interests, far more than ideology, inform “foreign policy”, even of a fanatical, ideologically driven group such as ISIL.

Since its inception, ISIL’s “jihad” has been about territory politically, resources, economically, and, ideologically, its main enemy has been what it regards as errant Muslims who are worse than the “infidel”, in ISIL’s reckoning, because they claim to belong to Islam but walk the path of “kufr” or “unbelief”.

Despite ISIL’s horrendous and merciless persecution and ethnic cleansing of minorities, such as Yazidis and Christians, in numerical terms, its main victims, like those of most jihadist and violent Islamist groups, have been fellow Muslims.

In fact, a kind of global war is in motion, both in Syria and elsewhere, between ISIL, al-Qaeda and other jihadist outfits, each of which considers the others to be godless and not true to Islam, whereas their real motivation is greed for power and influence, and envy of one another’s ‘successes’.

This was illustrated in the assassination by the al-Qaeda-allied al-Nusra Front of Abu Ali al-Baridi, the commander of the ISIL-affiliated al-Yarmouk Martyrs Brigades. In a statement about the killing, Nusra placed Baridi firmly outside the community of believers.

In a similar vein, the latest attack in Paris may have partly been spurred by the rivalry between the world’s two leading jihadist groups. With al-Qaeda claiming the Charlie Hebdo attacks in January, ISIL may have been seeking to one-up its bitter rival’s grim record.

To my mind, this highlights the oft-overlooked clash within civilisations, which I believe far outweighs, in terms of ferocity, intensity, passion, and sheer carnage the clash between Islam and Christendom. This can be witnessed in the conflicts in the contemporary Middle East, as well as the traditional Sunni-Shia schism.

In Europe, this is visible in how, despite the fears of this or that society or culture bringing down the West (or Christendom before it), the two occasions in which European civilisation came close to annihilation – World War I and II – was due to internal ruptures and rivalries.

Ideologically, it is apparent in the numerous schisms within Christianity – between the Western and Eastern churches, or between Catholics and Protestants. These schisms enabled the early Islamic conquerors to easily overcome the Byzantines who were hated in, for example, Egypt, because Copts were regarded as “heretics”. During the Dutch Revolt, Protestants used the slogan “Liever Turksch dan Paus” (Rather Turkish than Pope).

In fact, despite the headlines, ideological conflict between Islam and Christendom, pragmatic and even friendly alliances have, for centuries, been forged across this divide. This can be seen in the long-lasting alliances the Ottomans forged with France and, later, Germany. This was also visible everywhere from Andalusia to the crusader kingdoms to the Arab alliance with the British against the Turks.

Perhaps most significantly of all, and what gets left bleeding by the wayside in these polarised times, is what I like to call the “mash of civilisations“. Judaism, Christianity and Islam have so influenced each other, over the centuries, and been influenced by the same traditions, including Greco-Roman and Mesopotamian, that it is impossible to speak of them as separate civilisations.

They are sub-groups of a single civilisation, and the diversity within each is greater than the differences between them. And it is by recognising and highlighting this mash of cultures that we can combat the divisive ideologies propagated by the fanatics in our midst.

The Middle East and the West belong to the same Judeo-Christian-Islamic tradition, which is merely a subset of human civilisation. 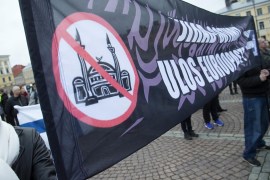