The number of Egyptian reporters behind bars is at an all-time high, according to a recent report from the Committee for the Protection of Journalists. Egypt’s President Abdel Fattah el-Sisi, who has previously touted the country’s free press, said on Egyptian TV at the end of October: “The media and the state should not disagree. Beware, let us not disagree.”

Yet, despite the dangerous climate for journalists, novelists continue to enjoy a relative freedom of expression. Books printed inside Egypt don’t need to go before a censorship authority, and, despite a few high-profile incidents, most novels evade censors’ attention. After all, unlike newspaper articles, printed books have relatively small audiences.

But the line between journalism and creative writing has recently been blurred by an Egyptian prosecutor who charged novelist Ahmed Naji with “infringing on public decency”, after a chapter of Naji’s Istikhdam al-Hayah (The Use of Life) appeared in Akhbar al-Adab, a magazine where Naji works.

This chapter, according to the legal complaint, had sent one reader’s blood pressure plummeting and left him – identified as Hani Salah Tawfiq – seriously ill. The prosecutor’s office received Tawfiq’s complaint in August. Then, on the last day of October, they chose to file legal charges against Naji and his editor, Tarek al-Taher.

Because the excerpt appeared in a journal – albeit a literary one – Naji’s chapter has been referred to as an article, with most of the Egyptian press referring to him and his editor as journalists.

Also read: The mysterious fall and rise of the Arab crime novel

In Al-Ahram Weekly, novelist Youssef Rakha writes that the apparent moral of the story is to stay out of the papers.

“If you want to keep writing ‘against public morality’ – this is the message of Naji’s case – then you’d better be quiet about it.”

Naji isn’t so sure there is a message.

“They [the prosecutor’s office] don’t understand the meaning of a novel. My lawyer tried to explain it to the prosecutor, and the prosecutor got angry and said, ‘If you are doing this, then you are lying.'”

What’s more, Naji’s novel already has a government seal of approval. It was approved by an Egyptian censorship authority last year, as it was printed in Lebanon and imported into Egypt. All imported titles must be checked, and this is not a rubber-stamp process: Several titles have recently been held back.

Naji’s book was given a pass, and it continues to sell in Cairo’s bookshops. Even after the charges were announced, Naji appeared at a book-signing event. This case solely concerns the chapter that appeared in Akhbar al-Adab, for which Naji could get two years in prison and a fine of between $620 and $1,250.

Naji’s novel excerpt, although apparently disturbing to Tawfiq’s blood pressure, is not particularly shocking in the wider context of Egyptian literature. The avant garde of Egyptian prose – writers such as Rakha, Nael Eltoukhy, Mohamed Rabie, and Naji – have been fearless in their invention of a new literary language. Their works, with plenty of sex and scatology, capture the grit of the present while also redeploying a classical Arabic language that has been largely erased from literary use.

“It’s not about the sex,” Naji said, and indeed there’re no shocking sex acts in chapter six. “It’s about these words,” he says.

Naji adds that some of the words currently considered against public morality can be found in the Hadith, or recorded traditions attributed to the Prophet Muhammad.

Although it doesn’t happen often, other Egyptian writers have been brought up on similar charges. In 2008, comics artist Magdy el-Shafee was prosecuted under the “public decency” Law 178 for his debut graphic novel, Metro. He and his publisher were fined $620 each, and the novel was kept out of stores for four years, until it was republished in 2012.

Both Naji and his publisher, Dar Al-Tanweer, expressed hope that the worst that could come of this trial was a fine. But they also noted that the current prosecutorial atmosphere in Egypt is a Wild West.

There was a “little bit of logic” during the Mubarak era, Naji said. But currently, “there is a lot of doubt about the Egyptian justice system, and you really don’t know what will happen tomorrow. I could go tomorrow and have another surprise.”

Naji, whose first court appearance is scheduled for November 14, isn’t the only one with reason to worry: if online excerpts of Egyptian novels come to the attention of more Hani Salah Tawfiqs, causing heart murmurs or eye tics, more opportunistic prosecutors could bring authors to court. But, certainly, the solution isn’t to hide.

Yes, Ahmed Naji is a novelist. No, chapter six of Istikhdam al-Hayah is not an “article”; it’s a piece of imaginative prose. Yet, whether for journalism or poetry or cartoons or novel excerpts, the space for speech in Egypt needs protection. 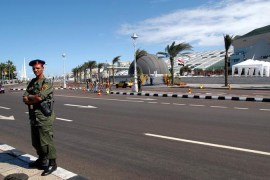 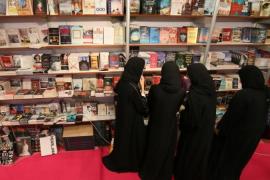 Hassan Blasim’s book received the UK’s foreign fiction prize but it has yet to be published in Arabic. How come? 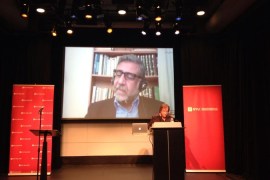 Mysterious fall and rise of the Arab crime novel