“I act on the basis of intelligence that I receive, I act on the basis of advice that I get … if the intelligence and the judgement are that it is a more-likely-than-not outcome [terrorist bomb], then I think it’s right to act in the way that I did,” said British Prime Minister David Cameron in a joint conference with Abdel Fattah el-Sisi, president of the ruling regime in Egypt.

The statement seemed to suggest that the loss of Metrojet Flight 9268 in the Sinai Peninsula on October 31 was the result of a terrorist attack and not a technical failure.

The crash killed 224 people, and was certainly the deadliest yet on Egyptian territory and in the history of Russian aviation.

The Egyptian foreign minister initially deplored the comment for “rushing to conclusions” and then criticised the United Kingdom for “not sharing intelligence”.

The Sinai attack certainly placed security matters at the forefront of British-Egyptian relations. The UK has already suffered security threats in Sinai. The Daily Mail reported that a surface-to-air rocket came within 300m of a British Thomson flight as it approached Sharm el-Sheikh in August 2015.

The initial theory was that the Sinai Province (SP), an Islamic State of Iraq and the Levant (ISIL) affiliate operating in North Sinai, fired the rocket. However, the spokesman of the Egyptian ministry of foreign affairs made a bizarre statement. He claimed that the rocket was fired by the Egyptian military during a routine training exercise, and that the airline was informed about it.

“This is a scandal, covering another scandal, coming after a third scandal, and declared during a fourth scandal,” a former general in the Egyptian armed forces told me.

The first scandal was the fact that Sinai Province had not been defeated or significantly weakened despite a two-year counterinsurgency campaign that had been brutal but quite ineffective.

Since September 2013, the military regime has escalated its operations in the peninsula and intensified its use of tactics such as the systematic torture of suspects, extrajudicial killings of suspects and detainees, the demolition and burning of homes, forced evacuations, the destruction of property and farms, and the use of heavy artillery and aerial bombardment in residential areas.

These numbers are contested by local NGOs, which claim that many of the dead suspects were in the custody of the military or the security forces, or were civilians killed in indiscriminate bombardment.

Human Rights Watch reported the large-scale destruction of at least 3,255 buildings, and that “the Egyptian army provided no written warning of the impending evictions and that many residents heard about the coming demolitions from army patrols, neighbours or media outlets”.

The second scandal the general referred to was the fact the military could have been targeting tourists, again. This brings us to the third scandal: in September 2015, a group of 12 Mexican tourists were mistaken for “terrorists”. Eight were killed by Egyptian army helicopters in the Western Desert and six injured.

“This is the system of this country, and you don’t have the right to question it,” the military spokesman, Brigadier General Mohamed Samir, told The New York Times.

Also read: Safe havens are needed in Syria – more than ever

The fourth scandal was that the SP was apparently capable of planting an improvised explosive device or a grenade on the plane. This seems to be the most likely scenario so far. And if it is proved, the SP will look much more successful than al-Qaeda in the Arabian Peninsula.

Before 2011, this was al-Qaeda’s most dangerous franchise in targeting Western airlines. But all of its attempts to blow up Western planes were luckily foiled.

In the SP case, competing hypotheses exist on where and how they planted the IED/grenade. The locations could have been either the luggage – similar to the Lockerbie bombing – the food containers, or the plane’s wheels.

In all of these cases, the “how” would require either direct cooperation on the part of one or more security officials in Sharm el-Sheikh airport or deadly negligence; hence the fourth scandal.

After the military coup of July 2013 and the success of the new regime in repressing dissent, the British government was more interested in political stability, counterterrorism, the prevention of refugee outflows, the security of allied governments and regimes, and economic investments and imports than democratisation and human rights.

The link between the two latter concepts and the rest of the interests seemed to be ignored or deemed too costly.

The Sisi regime courted these interests by selling a narrative of a strongman capability of providing stability, countering terrorism, preventing refugee outflows and providing other services.

But incidents such as the Russian plane crash, the death of the Mexican tourists, the restive Sinai Peninsula and unprecedented levels of corruption and repression undermine that narrative and its marketability.

In Britain there are multiple views. One side perceives the Sisi regime as capable of providing important services in exchange for limited costs.

But others within the policy circles believe that the regime is incompetent at delivering services, and that the policies of intensive repression will ultimately produce more security threats, further instability and future waves of refugees. 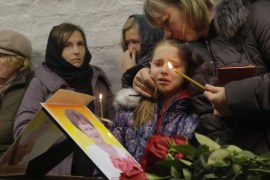 Egypt says sound was heard in last second of recording and all possibilities of cause of crash are being considered. 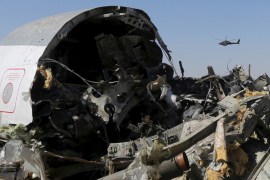 Spokesperson says only official investigation can determine what brought Metrojet airliner down in Sinai Peninsula. 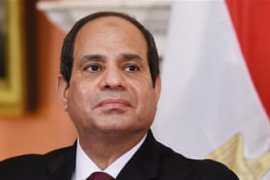