“You can be completely … unenthusiastic about Hillary Clinton and still be a feminist” tweeted Vice contributing editor Sarah Jeong. The blunt sentiment came on the heels of Clinton’s strong performance in the first Democratic primary debate, striking a particularly disheartening note for a candidate who is losing ground with the one constituency that ought to be her own.

A CNN-ORC poll shows Clinton as experiencing a nationwide slide among female voters from 75 percent in December 2014, down to 51 percent in August 2015.

Eight years after her first presidential bid, her campaign narrative is taking a familiar turn: Hillary Clinton now has a “woman” problem. The headlines are eerily similar, as are the reasons offered for the disillusionment.

Feminists are still unhappy as ever with her voting record. Clinton’s controversial vote to authorise the Iraq war was held against her in 2008. Today, it’s her late and grudging support for gay marriage. More damaging, however, are the continuing issues with her character.

A Wall Street Journal/NBC News poll conducted in August found that just 34 percent of white women have a positive view of her, and 58 percent of women in a Fox News poll say that Clinton “knowingly lied” with regards to the ongoing email controversy surrounding her time as secretary of state. Women don’t seem to trust Hillary.

Authenticity has remained the great albatross of Clinton’s political career. In her book, titled “Hillary Clinton in the News: Gender and Authenticity in American Politics”, Shawn Parry-Giles argues that that the mainstream media’s judgement of her character is based on a gender double-bind: The press first positioned the “real Hillary” as a polarising feminist with “likability” issues, and then used that very image to question her authenticity over and again.

The 'real Hillary' was and remains a white, middle-class feminist, and of a generation that was taught too well that glass ceilings could be broken - but only by mastering the rules written and administered by men, and by pushing, but only so fast and so far.

The result is an extended media narrative driven forward by a series of “makeovers”, real or perceived, each of which has served to confirm the unreliability of Clinton’s public persona.

The woman who told CBS’ 60 Minutes back in 1992, “You know, I am not sitting here, some little woman standing by her man” would spend great many years as the first lady doing just that – and being pilloried for it.

Decades later, Bill’s duplicity has become damning evidence of Hillary’s unreliability, with Republican leader Lindsey Graham sniping, “I am fluent in Clinton-speak. When Bill says he didn’t have sex with that woman, he did … When she tells us: ‘Trust me, you’ve got all the emails you need,’ we haven’t even scratched the surface.”

The greater irony is that the woman who was deemed too “liberated” back in 1992 has, as a presidential candidate, been deemed “not feminist enough”, as Slate’s Meghan O’Rourke put it in her post-mortem of the 2008 bid.

Harsh words that Clinton seems to have taken fully to heart given her roaring, unambiguous embrace of the F-word in 2015. But this full-throated tom-tomming of her gender has played as yet another strategic course correction.

So when Clinton unequivocally told Girls’ star Lena Dunham, “I’m a feminist, and I say it whenever I’m asked”, it was dismissed by women pundits like Daily Beast’s Lizzie Crocker as “political pandering at its most transparent”.

Parry-Giles and other Hillary sympathisers are entirely right when they argue that the demand for authenticity places a disproportionate and unfair burden on minority candidates aspiring for the highest office.

The bar is far lower for white men like, say, George W Bush who can leverage the most synthetic form of authenticity – be it cutting brush at a Texas ranch or swaggering in a flight suit – to sell themselves as the “real thing”. But the greater and more intractable dilemma may well be that a 67-year-old Hillary Clinton’s politics are, in fact, authentic.

The “real Hillary” was and remains a white, middle-class feminist, and of a generation that was taught too well that glass ceilings could be broken – but only by mastering the rules written and administered by men, and by pushing, but only so fast and so far.

Cast in this light, a political history of political realignments can instead be seen as the efforts of a ferociously ambitious woman of her time to get ahead by doing what was required of her, whether it was settling for a political partnership instead of a career, or running as a tough centrist to earn her Senate seat, and again in a bid for the presidency.

Now, it is unlikely that the 61-year-old Carly Fiorina reached the top echelons of corporate America without making considerable concessions of her own – except that these were not played out in the white-hot glare of media scrutiny.

It is also unlikely that an older Barack Obama with a longer political career would not have made the many compromises that were required of black politicians before him – or been quite as he’s been able to be so as to write his own story, and therefore author his authenticity.

The fact is that Hillary’s problem of authenticity is as much generational as it is personal. Here’s a woman who diligently learned to colour inside the lines, only to find that the lines themselves have shifted.

This, then, is the tragedy of Hillary: Just as she has finally reached a point where she can own her feminism, it has been deemed outdated and inauthentic by the very same women whom she aspired to represent. 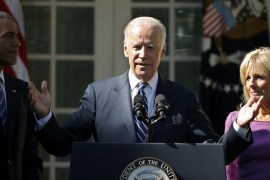 Clear path for Clinton as Biden says he won’t challenge 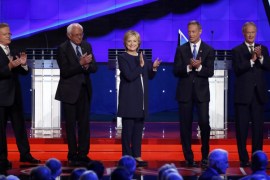