When US President Barack Obama recently spoke at the United Nations about countering the Islamic State of Iraq and the Levant (ISIL), many of his critics complained that he put too much emphasis on diplomacy and not enough on the use of force.

Comparisons were made with Russian President Vladimir Putin’s military intervention in Syria’s civil war; and, with the US presidential election campaign shifting into high gear, some Republican candidates accused Obama of isolationism.

But such charges are partisan political rhetoric, with little basis in rigorous policy analysis. It is more accurate to see the current mood as a swing of the US foreign policy pendulum between what Columbia University’s Stephen Sestanovich has called “maximalist” policies and “retrenchment” policies.

Retrenchment is not isolationism; it is an adjustment of strategic goals and means. Presidents who followed policies of retrenchment since the end of World War II have included Dwight Eisenhower, Richard Nixon, Jimmy Carter, and now Obama. No objective historian would call any of these men isolationists.

Eisenhower ran for president in 1952 because he opposed the isolationism of Robert Taft, the leading Republican candidate. While Nixon believed the US was in decline, the others did not. All of them were strong internationalists when compared to the true isolationists of the 1930s, who bitterly opposed coming to the aid of Britain in WWII.

Historians can make a credible case that periods of maximalist over-commitment have done more damage to US’ place in the world than periods of retrenchment. Domestic political reaction to Woodrow Wilson’s global idealism produced the intense isolationism that delayed US response to Hitler.

The escalation of the war in Vietnam under Presidents John F Kennedy and Lyndon Johnson produced the inward-looking turn of the 1970s. And George W Bush’s misguided invasion of Iraq created the current mood of retrenchment.

If that mood is to become an issue in the 2016 presidential campaign, as early campaign rhetoric suggests, Americans should drop the false debate about isolationism and instead address three fundamental questions about the future of the country’s foreign policy: How much? How interventionist? And how multilateral?

The US should stay out of the business of invasion and occupation. In an age of nationalism and socially mobilised populations, foreign occupation, as Eisenhower wisely concluded in the 1950s, is bound to breed resentment.

The first question is how much the US should spend on defence and foreign policy. Although some argue that the US has no choice but to curtail its outlays in these areas, this is not the case. As a share of GDP, the US is spending less than half of what it did at the peak of the Cold War, when the century of American leadership was being consolidated.

The problem is not guns vs butter, but guns vs butter vs taxes. Without a willingness to raise revenues, defence expenditure is locked in a zero-sum trade-off with important investments such as education, infrastructure, and research and development – all of which are crucial to US’ domestic strength and global position.

The second question concerns how and in what ways the US should become involved in other countries’ internal affairs. Obama has said that the US should use military force, unilaterally if necessary, when its security or that of its allies is threatened. When not, but conscience urges the country to act – against, say, a dictator killing a large number of his citizens – the US should not intervene alone and should use force only if there is a good prospect of success.

These are reasonable principles, but what are the thresholds? The problem is not new. Nearly two centuries ago, John Quincy Adams, US’ sixth president, was wrestling with domestic demands for intervention in the Greek war for independence when he famously said that the US “goes not abroad in search of monsters to destroy”. But what if forbearance in a civil war like Syria’s allows a terrorist group like ISIL to establish a safe haven?

The US should stay out of the business of invasion and occupation. In an age of nationalism and socially mobilised populations, foreign occupation, as Eisenhower wisely concluded in the 1950s, is bound to breed resentment.

But what takes its place? Is air power and the training of foreign forces enough? Particularly in the Middle East, where revolutions are likely to last for a generation, a smart combination of hard and soft power will be difficult to achieve.

Recent speeches by the US presidential candidates show that debate about the first two questions has already begun. But the US ignores the third question at its peril. How can the US bolster institutions, create networks, and establish policies for managing transnational issues?

Leadership by the most powerful country is important for the production of global public goods. Unfortunately, the US’ domestic political gridlock often blocks this. For example, the US Senate has failed to ratify the UN Convention on the Law of the Sea, despite its being in its national interest – indeed, the US needs the convention to support its position on how to resolve competing territorial claims in the South China Sea.

Similarly, Congress failed to fulfil an American commitment to support the reallocation of voting power within the International Monetary Fund to emerging-market countries, though doing so would cost very little.

This paved the way for China to launch its Asian Infrastructure Investment Bank (which the US then mistakenly tried to block, at considerable cost to its reputation).

And there is strong Congressional resistance to setting limits on carbon emissions in the run-up to the UN Climate Change Conference in Paris in December.

How much to spend on foreign affairs and how to intervene in distant crises are important questions. But Americans should be equally concerned that their country’s “exceptionalism” is degenerating into “exemptionalism”.

How can the US maintain global leadership if other countries see Congress constantly blocking international cooperation? That debate has yet to begin.

Joseph S Nye Jr is a professor at Harvard and author of “Is the American Century Over?“

Copyright: Project Syndicate 2015 – Which Way for US Foreign Policy? 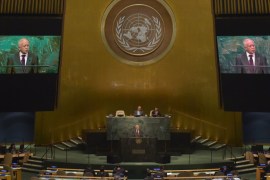 State of the world: In search of leadership

There are many world leaders, but why is there no leadership? 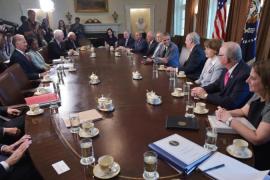 Is the US starting to resemble the Middle East?