There is real hope that Canada as Canadians knew it – its values, attitudes and priorities – may return once again to the federal government’s agenda, with diplomacy, accommodation, and multilateralism at the forefront.

For most, this concerns domestic policies, how the country is run, and where it is headed. Canadians can reflect that, for nine years, the outgoing Prime Minister Stephen Harper refused to attend any meeting with Canada’s premiers who run the country’s provincial governments. Justin Trudeau has just announced he will hold such a conclave within 100 days.

But the recent election was also about foreign policy: The 10 years of Harper’s rule have changed the country’s foreign policy priorities from a liberal progressive approach to a neo-conservative policy marked by distrust and confrontation.

Canada’s quiet international exceptionalism, a country almost all had respected and valued, was twisted in the pursuit of narrow national interests and chauvinism.

The outgoing Harper was hectoring and belligerent. The country became one more player among many in that game, bereft of any larger calling – yet another trumpet of chauvinism in the global cacophony.

All this may now change.

Justin Trudeau is an open-minded man who believes Canada can once again play a constructive role internationally. We cannot predict what the new government’s policy will be, but we can muse about some likely possibilities.

Also read: Time for the real Canada to stand up

Canada will once again work closely with allies and like-minded countries, no longer bent on alienating in the name of assertion. The suspicion that the US voted against our candidacy for a seat at the UN Security Council will certainly not happen again.

Canada will re-embrace its most natural calling of multilateralism. Whether over climate change, a policy that the Harper government had gutted, or the work of the G20, our diplomats will provide leadership and innovation and play the facilitating role that was the country’s hallmark for decades before the recent change.

Canada will no longer be persona non grata at the UN, where Harper’s government was alone and unwelcome in the institution’s many committees; trust will be restored in international institutions.

In the old days, Canada was regarded as a superb diplomatist: The strong likelihood is that it will be so again. Canada’s foreign service is overjoyed with the change, expecting to be able to speak truth to power – something that killed careers under the previous reign. Diplomats will have the opportunity to use their skills among the community of nations in an atmosphere of trust and confidence.

In the old days, Canada was regarded as a superb diplomatist: The strong likelihood is that it will be so again.

On more specific issues – such as taking in refugees or the Israel-Palestine conflict – the change may not be rapid, but a slow recalibration may take place. More Syrian refugees will be accepted, and Canada once again will likely play a useful middle ground on Israel-Palestine, devoting itself to constructive answers to a suffering region rather than ideological fantasies.

In other words, Canadian policy will return to its natural position of catalyst on complex issues that require international cooperation and the light, but innovative touch of Canadian diplomacy. Equally importantly: Canada’s culture of pragmatic and pluralistic politics is a natural counter to rising extremism across the globe. Positive exemplars are desperately needed.

In many ways, this is a reversion to a Canadian tradition – one bred in the Cold War. However, the increasingly dangerous geopolitics in Ukraine, the Middle East, or the South China Sea, and the increasing need for multilateral cooperation on global health, economic and environmental issues, mean that Canada’s role as a diplomat and facilitator is needed more than ever.

There are countries out there, such as Brazil and India or even those in the limping EU, who may see much utility in such an actor re-engaging again, ready to lead and play an active role, rather than sit on the sidelines while global affairs deteriorate.

Also read: Islamophobia is a winning card in Canada

Trudeau’s combination of idealism and realism and his pragmatic pursuit of solutions represent Canada’s natural international vocation. These are necessary ingredients in an increasingly chaotic world.

Over the coming months, newly-minted Prime Minister Justin Trudeau will attend, among others, the G20, Commonwealth, and APEC summits. The world will beckon quickly; there is much work ahead.

Many will celebrate Canada’s return to constructive diplomacy, led by a man whose instincts are keen, whose quest for knowledge is great, and whose entire character reeks of a commitment to working together for a better world.

Michael Bell was four-time Canadian ambassador in the Middle East. He is currently a senior fellow at the Norman Paterson School of International Affairs at Carleton University in Ottawa. 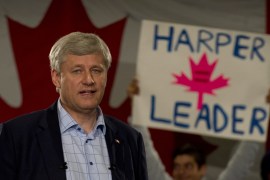 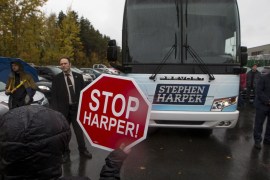 Today’s election is a stark reminder that Canadians should not be swayed by the politics of fear and hypocrisy.