“Shameless”. That was how Hillary Clinton described Chinese President Xi Jinping’s recent hosting of a meeting on women’s rights at the United Nations.

The event was to mark the 20th anniversary of the Fourth World Conference on Women, which was held in Beijing. The Democratic Party’s presidential candidate was appalled by the hypocrisy of the Chinese leader’s presence at the meeting just months after his crackdown on women’s rights advocates.

On the eve of International Women’s Day in March, five young feminists were detained for their plan to place stickers on public transport in Beijing, urging the police to increase efforts against sexual harassment.

For 37 days, the young women endured humiliating interrogations and rough treatment, including sleep deprivation. Though later released, they are still being treated like “criminal suspects”.

NGOs are a relatively new phenomenon in China. In fact, there were no autonomous women’s NGOs in China before the country hosted the ground-breaking event in 1995.

Back then, some 2,000 NGOs from around the world descended on Huairou, the designated conference site 50km north of Beijing, bringing with them colourful displays, lively discussions, parades, and new ideas.

Hillary Clinton, then the first lady of the US, told the Chinese in her speech that women’s rights were human rights.

Because of the participation of international NGOs, the authorities had to allow some local NGOs, mostly government sanctioned, to set up shop.

Since then, self-organised women’s NGOs have started to emerge, providing legal aid to women in need, helping sex workers, offering support to marginalised groups, such as LGBT or HIV victims, or dealing with issues such as domestic violence or poverty alleviation.

In China, the government marked the 20th anniversary by publishing a white paper on gender equality. The paper contained a long list of the country’s achievements, from prolonged life span for women to expanded legislations for the protection of women.

Later this year, China is expected to pass a first ever, nationwide domestic violence law. The passing of the law will be a monumental step forward for women’s rights. It has come this far thanks partly to the prodding of many women’s NGOs and activists.

Li Maizi (real name Li Tingting), 26, one of the Feminist Five and a personal friend, famously staged a stunt – or what the activists termed as “performance art” in the hope of avoiding the authorities’ scrutiny – dressing up in a costume of fake blood-splattered wedding gown to protest against domestic violence on Valentine’s Day in 2013.

In recent years, there has been increased feminist activism, carried out by women like Li Maizi: well-educated, social media savvy and mindful of international norms.

A few days after the “injured brides” show, Li joined others to occupy men’s toilets in Guangzhou, and later in Beijing, to protest against the shortage of toilets for women.

In a separate act of defiance, dozens of women from several different cities simultaneously shaved their heads, silently voicing their anger at the gender discrimination in admissions standards at universities, which often set higher entrance requirements for female students.

Another feminist, Xiao Meili, walked all the way from Beijing to Guangzhou to promote awareness of child sexual abuse, leading to public discussions on the subject and encouraging more victims to come forward.

Some of their actions have borne fruit: The Guangzhou and Beijing governments have promised to build more public toilets at the female-male ratio of more than 1.5 to 1.

The arrest of the Feminist Five is widely seen as a broad and intensifying crackdown by Xi’s administration against civil liberties, activism and NGOs.

Other NGOs, notably Transition Institute, a well-known independent think-tank, have also been shut down. Many human rights lawyers have been arrested, including Wang Yu, a female lawyer who represented one of the Feminist Five.

In the case of the Feminist Five, perhaps the authorities, who are obsessed with “wei weng” – maintaining stability – might have been alarmed by the fact that young activists are bringing their agenda into the public sphere.

The impact of the arrest was devastating. Most of the NGOs the feminists were associated with were forced to close.

The Chinese Communist Party can indeed make a number of claims about its promotion of women’s rights. After taking power in 1949, the party granted women equal rights, liberating them from the shackles of thousands of years of patriarchal society. Mao famously declared that “women can hold up half of the sky”.

Deng Xiaoping’s reforms brought plenty of opportunities for women, but there were also setbacks as the market and cold-hearted capitalism took over.

Female graduates are now facing difficulties finding employment, where previously, before the introduction of reforms, jobs were allocated by the government regardless of gender. Additionally, the income gap between men and women has actually widened.

Without the state’s intervention or support as before, women’s representation in all forms of social activities has decreased.

In the past 20 years, women’s NGOs and activists have done tremendous work in meeting such new challenges, as well as advocating for gender equality.

Does the government really want to improve the lot of women? No doubt yes, but the party wishes to be the only actor in the effort, setting the agenda they feel comfortable with and acting at their own pace. This is a mistake.

Given the limited governmental resources and a growing complex urban landscape, it is quite impossible for the authorities to take over the task of advancing women’s rights.

Women’s NGOs should be strengthened instead of restricted. And without giving them space, Chinese women’s dream of holding up half of the sky will, sadly, remain just a dream.

Lijia Zhang is the author of “Socialism is Great!” A Worker’s Memoir of the New China. 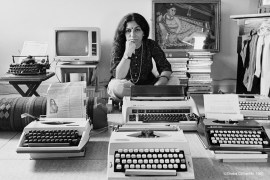