On January 1, the French rapper Medine uploaded his latest track “Don’t Laik”. Surrounded by youth from the banlieues, he sounds off against secularism, taking swipes at Nietszche and the neo-conservative journalist Caroline Fouret, a former staffer at Charlie Hebdo. His harshest words are directed at the French system of laicite, which bans headscarves in public institutions and burqas in all public spaces.

About a week later – just after the attacks on Charlie Hebdo, Medine was back in the news again, this time explaining his lyrics, noting that when he rapped about crucifying “les laicards” and chopping down the “tree of their secularism” – he was actually presenting a “caricature” of secularism; that version which looks down upon the religiously observant. His critique of laicite, he said, was very much in the spirit of Charlie Hebdo.

Hip hop in France – and in Western Europe more broadly – has come under scrutiny in the last few weeks. Prominent French artists – Youssoupha, Diam’s, Kool Shen, Maitre Gims, Oxmo Puccino – have denounced the attacks in no uncertain terms, some even composing impromptu tracks in honour of the victims.

But hip hop artists have also been called upon to explain the reasons for youth alienation, and the relationship between hip hop and extremism. The fact that Cherif Kouachi, the younger brother, was at one point an aspiring rapper, featured in a television documentary, where he is up on stage, cap backwards, rapping and dancing, has counterterrorism experts again asking if youth are radicalised through rap.

In light of Kouachi’s interests, a music journalist recently asked Bushido, a prominent German rapper, to explain why “rap and jihadis apparently get along very well”.

Europe’s “hip hop wars” have historically had little to do with theology or religious extremism. The cat-and-mouse game between rap artists and state officials around the limits of free speech has tended to be about lyrics involving police brutality and racism.

One of the earliest successful attempts to penalise a rap group for their rhymes was in 1995, when the Paris-based group, Supreme NTM performed their song about the police at a concert, and allegedly urged the crowd to shout “Nique la Police!” (“F**k the Police!”) at the security officers in the arena.

The group was found guilty of “verbally abusing” the police. Other incidents would follow, with rap artists being sued and censored for their lyrics about the police.

Rap artists have explored questions of racial and social injustice, while exposing the intricacies and inconsistencies of France’s hate speech laws. Rap artists have long taken issue with Charlie Hebdo’s portrayals of blacks and Muslims, and would often deliberately juxtapose themselves against the publication, asking why the French government doesn’t harass Charlie Hebdo, the way it does rap artists.

In November 2013, a group of artists including Akhenaton, Soprano and Disiz la Peste recorded a posse cut called “March”, to mark the 30th anniversary of the Beurs’ March against racism. One of the younger rappers on the recording, Nekfeu, would denounce the “dogs of Charlie Hebdo”.

Despite the uproar, Nekfeu would not apologise. And Disiz, a more established star, defended the younger artist: “Charlie Hebdo brandish their cartoonist card every time they’re criticised, let us brandish ours. We also have the right to excessiveness and humour.”

But an hour after the shootings on January 7, Nekfeu expressed his deepest condolences, saying that his “punchline” from 2013 was meant to be a defence of freedom of expression, and in the same “provocative” tone as that adopted by Charlie Hebdo. But, he added: “I’ve considered Charlie Hebdo’s recent editorial line to be opportunistic and degrading towards the Muslim community… I belong to no religious community and have no political aspirations.”

In Germany, the rapper Bushido, another critic of Charlie Hebdo, is also in hot water. The day after the attacks he posted a selfie wearing a Nike sweater, with a Paris logo, and tweeted: “Things are going to kick-off again soon! #ccn3”. Although he explained that he was simply publicising his upcoming album (CCN3), Bushido was interrogated by security officials about the mosque that he attends and matters of “national security”.

In a recent interview, the rapper denounces the attacks as “abhorrent”, but says he found the “Je Suis Charlie” slogan problematic, that it had become like a trend – “like the ice bucket challenge”. Bushido also states that his friend Prinz Pi, a white artist, posted a photo of himself in a Paris sweatshirt but there was no outcry, implying that he was targeted because of his Tunisian background – “You mean if you were Swedish, this would be a hipster beard, but now it’s a Taliban beard?” quipped the interviewer gesturing towards Bushido’s facial hair.

It’s not clear how the Charlie Hebdo tragedy and the new security laws will shape hip hop culture in Europe. What seems certain is that rap artists will continue to be viewed with suspicion, while they continue to point out the blindspots in different hate speech laws. When earlier this week the magazine Tele Loisirs published an article with a chart ranking race and IQ levels, and claiming North Africans have the lowest IQs, it was young hip hop activists who took to social media to raise awareness.

Efforts to censor hip hop artists are also set to continue. On January 20, the rapper Saidou of the group ZEP went on trial for a track where he says, “F**k France and her colonial past.” He was sued for “incitement to hatred” by a group called the General Alliance for the Respect of France and Christianity (Agrif).

In court, the president of Agrif, Bernard Antony, complained of “reverse racism”, the targeting of whites, and the upcoming civil war, until the judge told him to quiet down. “We’re not on Fox News.”

Saidou is due back in court in March.

The views expressed in this article are the author’s own and do not necessarily reflect Al Jazeera’s editorial policy.. 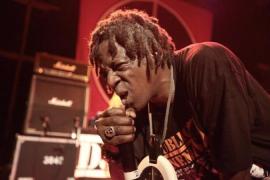 The rap group Public Enemy is as relevant today in Obama’s America as it was under Reagan’s. 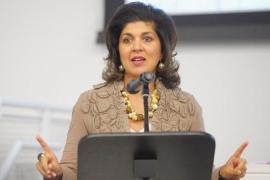 The debate over Islam and hip hop in Europe is heating up as governments wade in. 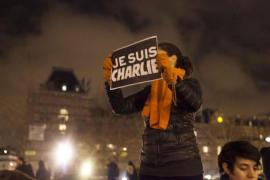