Beginning on October 2, the UN General Assembly in New York will discuss the global governance of international migration. A key theme will be the “mainstreaming of human rights into all aspects of the migration debate”. With so few countries ratifying the existing UN and ILO conventions on the rights of migrant workers, it is time for a new approach.

In 1990, the General Assembly of the United Nations adopted the International Convention on the Protection of the Rights of All Migrant Workers and Members of Their Families (CMW). It stipulates a very comprehensive set of civil, political, economic, and social rights for migrants, including those living and/or working abroad illegally. Hailed as a major achievement in the struggle for improving the rights of migrants, the CMW has become a cornerstone of the “human rights-based approach” to regulating labour migration advocated by many organisations concerned with the protection of migrant workers. 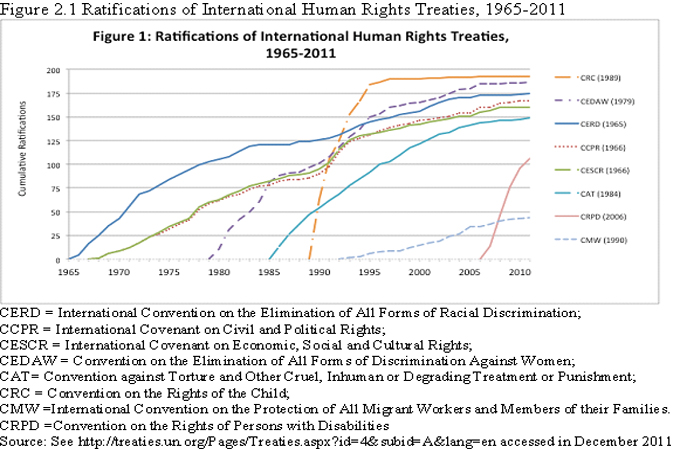 In practice, most migrant workers, especially those working in low-waged jobs, enjoy few of the rights stipulated in international conventions. For example, in the GCC countries, where migrant rights restrictions are very severe, the protections of domestic labour laws often do not apply and/or are not effectively enforced for certain types of migrant workers. In Singapore, another major employer of migrant workers, migrants working in low-waged jobs are officially prohibited from cohabiting with or getting married to a Singaporean citizen. Under most existing temporary migration programs in North America and Europe, migrants do not enjoy equal access to welfare benefits given to citizens and long-term residents.

Importantly, restrictions of migrant rights can be related to admission policies. As I show in my new book, The Price of Rights: Regulating International Labour Migration, high income countries’ labour immigration policies are characterised by trade-offs between openness to admitting migrant workers and some of the rights granted to migrants after admission. More open admission policies tend to be associated with greater restrictions of some migrant rights, especially for admitting lower-skilled workers. In most countries the tension between ‘access and rights’ applies to a few specific rights that are perceived to create net-costs for receiving countries including especially the right of low-skilled migrants to access certain welfare services and benefits.

The trade-off between access and rights can be found in many different countries’ labour immigration policies – but it is most extreme in the GCC countries which have some of the most open admission policies but impose the greatest restrictions on the rights of migrant workers among all the 46 high and middle-income countries that I analysed.

Given the low numbers of ratifications of the existing international migrant workers conventions, and the tension between admitting migrants and some migrant rights, it is now time to rethink the rights-based approach to international labour migration.

We should start discussing the creation of a list of universal “core rights” for migrant workers that would include fewer rights than the 1990 UN Convention of the Rights on Migrant workers with a higher chance of acceptance by a greater number of countries – thus increasing overall protection for migrant workers including in countries that admit large numbers of migrants. The list of core rights could complement rather than replace the existing UN conventions.

There is an important precedent within the UN system for a core rights approach, i.e. for stressing the fundamental importance of specific rights from a larger list of rights. In 1998, the International Labor Organisation (ILO) passed the Declaration on Fundamental Principles and Rights at Work, commonly known as “core labour standards”. The declaration commits Member States to respect and promote principles and rights in four categories, whether or not they have ratified the relevant Conventions. These categories are: freedom of association and the effective recognition of the right to collective bargaining, the elimination of forced or compulsory labour, the abolition of child labour and the elimination of discrimination in respect of employment and occupation.

The ILO declaration therefore identified a short list of fundamental rights that are given pre-eminence over other ILO conventions. The core labour standards were adopted in the context of dwindling numbers of ratifications of ILO conventions and a general criticism that the ILO’s labour standards were not effective enough at protecting workers’ rights in a rapidly globalizing world. So there is a direct parallel with the migrant workers conventions.

The adoption of a core rights approach to international migration obviously requires debate about what exactly these core rights should be. There is no one right answer to this question. Different people, organisations and countries will disagree. But it is a debate that is long overdue and that should be at the centre of the upcoming debates about the global governance of international migration.

Martin Ruhs is Associate Professor of Political Economy at the University of Oxford, and the author of The Price of Rights: Regulating International Labor Migration, out now with Princeton University Press. www.priceofrights.com