In a New York courtroom last Friday, a ruling was made that will undoubtedly have enormous ramifications for the future of international financial capitalism and the system of debt and dependency upon which it is built.

In what has been dubbed “the debt case of the century“, the US Court of Appeals ruled that Argentina must pay $1.3bn to Aurelius Capital and NML Capital Ltd, as well as to a number of other investment funds. In the wake of Argentina’s 2001 economic and political crisis and the largest sovereign debt default in history, these US hedge funds hoovered up cheap Argentine bonds in the hope of profiteering from the nation’s misery. They then refused to join the 93 percent of the country’s bondholders that agreed to a debt restructuring, under which the value of their bonds were reduced to 30 cents on the dollar.

Fears are now growing that the recent legal proceedings could force Argentina to default on its payments to all creditors. Although this would be enough to provoke an economic collapse on its own, Friday’s historic judgement will reverberate beyond Argentina, as the case could establish a significant precedent of “default on all or pay all” – by which payment to global “vulture funds” would supersede a sovereign state’s right to protect its citizens from the resulting impoverishment and chaos that such multi-billion dollar financial obligations would surely generate.

Following the game-changing news, Argentine President Cristina Fernandez de Kirchner interrupted normal television programming late on Monday night to address the nation. Voicing her concern about the “unjust” debt, she announced that subject to an emergency session of Congress, debt-restructuring talks would be reopened with the “holdout” bondholders who refused to accept previous “haircuts” on the value of their bonds. This has been interpreted as a bid to prevent possible default.

Fernandez de Kirchner’s response is perhaps unsurprising, given that her government has, for the most part, built on the work of her predecessor and late husband Nestor Kirchner, who, in 2005, paid back Argentina’s debt to the IMF in order to end three decades of slavish dependence. Indeed, during a decade of Kirchnerist rule, Argentina has experienced increasing state protection of domestic industry and semi-independence from international markets.

Outside Argentina, the chaos and violence of December 2001 beamed around the globe remain a lasting image of the historic crisis. But the international media has neglected to show the distinct ways in which Argentines creatively challenged the failure of the neoliberal project in the longer term. Responses to the crisis thus went beyond the initial frustration with the entire political class – encapsulated in the slogan “que se vayan todos!” (get rid of them all!) that was demanded by the hundreds of thousands of citizens outside the presidential palace. Instead, new ways of organising and structural change from the grassroots, with barter clubs, neighbourhood citizen assemblies, community organising and factories run by workers have become commonplace as enduring symbols of civil society’s resilience and autonomy.

Indeed, just as the rapid privatisation and upsurge of foreign investment and loans during the 1990s led to Argentina being lauded as a poster child for Washington Consensus economics and neoliberal restructuring, in the post-crisis period it has been a model for the rejection of debt, dependency and neoliberal policy prescriptions.

Having carried out a series of protectionist actions, and with inflation being viewed as necessary in order to ensure employment and growth, Argentina has, for the most part, weathered the global financial crisis that began in 2008 – a feat that has been all the more notable as the European economies have, one by one, fallen prey to prolonged and severe crisis. The ruling therefore represents an attack on the astonishing progress Argentina has made in breaking free from dependence on international financial institutions over the last decade.

Although the ruling will not be implemented until the case is reviewed (but almost certainly ratified) by the US Supreme Court next year, the judgement essentially means that, at best, the Argentine government must not only make payments to those creditors with whom it negotiated debt restructuring (at the agreed 30 percent value of the original “loan”), but it must also simultaneously pay the holdout bondholders the full 100 percent value or risk technical default. Minister of Economy Hernan Lorenzino has publicly refused to rule out the possibility that the government may not comply with the judgement, on the basis that it is illegal to grant favourable repayment conditions to such a small minority of bondholders.

The tip of the iceberg

However, Argentina may face a far more serious outcome. One of the key arguments of NML Capital’s legal case was that the Argentinean government was bound by a “pari passu” (equal footing) clause that was in the original bondholder contractual agreement.

This means that if Argentina pays back one creditor, it must pay all of its creditors, whether they had agreed to a restructuring or not. Interpreted in the broadest sense, now that the court has ruled that NML must be paid in full, not only will the remaining “vulture funds” have to be paid under the same conditions, but it could also open the floodgates for the 93 percent of funds that had agreed to a debt write-down in recent years to pursue full repayments based upon the original terms.

It is perhaps too early to see whether this will be the case or whether pari passu would be applied retroactively. However, this possibility is certainly feared by the Argentine government, who admitted that it could spell disaster for the country and leave it with an insurmountable bill of at least $25bn. As Nick Dearden, director of the Jubilee Debt Campaign, emphasised, “It cannot be right that this court has put the rights of a couple of billionaire speculators above the rights of millions of people in Argentina to enjoy a decent standard of living. A whole country is being held to ransom by these vulture funds.”

Meanwhile, some activists and observers question the very legitimacy of Argentina’s debt that the vulture funds have invested in, because it has been continuously recycled since the time of the brutal military junta that ruled the country from 1976 to 1983. They accuse financial speculators of profiteering from death and repression at the hands of the dictatorship, and urge the current government to call for a public debt audit to ascertain the extent of illegitimate debt. As Beverly Keene from Dialogue 2000 – Jubilee South Argentina explains, “both the international community as well as the Argentine government have every right, and all the proof needed to ignore and nullify the illegitimate debt contracts which were imposed against the will and the rights of the Argentine people”.

Yet the implications of the ruling extend far beyond the South Atlantic. Indeed, sovereign nations across the world that have also undergone debt restructuring, such as Greece or Spain, would be wise to closely monitor what happens when the case goes to the Supreme Court because in light of Friday’s ruling, hedge funds – and indeed any creditor – now have little incentive to accept debt write-offs during future negotiations.

Given that countries unable to pay their debts would therefore be locked out of the international financial system, it could spark a whole chain of sovereign debt defaults that could bring the very system to its knees. Ironically, although the US government and the IMF have stated their “deep concern” about the broader systemic implications of the lower court’s decision, they pulled back from asking the Supreme Court to review the matter, sending a clear message that they were washing their hands of it.

Finally, should the Supreme Court confirm these earlier rulings in the months to come, it raises the terrifying spectre that the outcome of all future sovereign debt negotiations will be subject to the whims of a handful of wealthy vulture fund speculators. Giving a green light to global capital to legally coerce governments into paying enormous sums – to the point of bankrupting them – would have dangerous ramifications for future global stability. 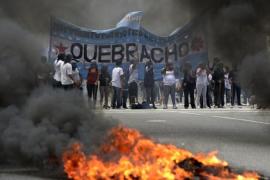 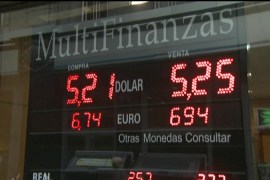 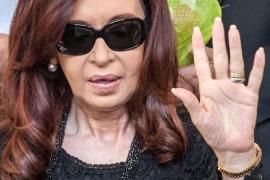