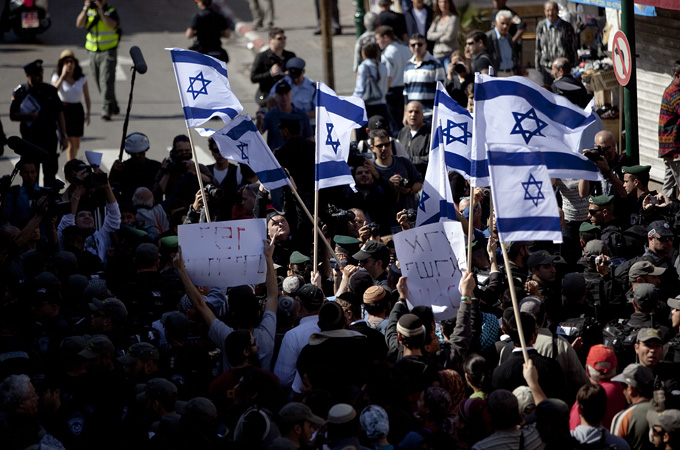 Be’er-Sheva, Israel – Not long after Israel celebrated its 64th Independence Day on April 26, a friend prepared a quiz of sorts. She read out loud political quotes to about ten guests who were having dinner at my house, and asked us to identify the politician who had uttered each statement.

Truth be told, none of my guests did very well on the quiz, but I thought that readers acquainted with Zionist history might do better and would be able to identify the source of each of the following statements. There is only one rule to this game: all search engines, including Google, are off limits.

If you are having trouble identifying the author, you are not alone. After hearing the quotes, I, too, wondered why they were so difficult to decipher. But, following a few misguided guesses, I recognised the source of the difficulty. The quiz was counterintuitive, and not only because all of the statements were uttered by a single politician.

No doubt, time has done its work and what was once pronounced by the undisputed leader of the Israeli right, now sounds more like declarations coming out of the liberal and far left – such as Knesset Members from Meretz and Hadash. Even the head of the Labor Party, Sheli Yichimovich, does not oppose administrative detention, and does not dare to claim that “there are human rights that precede the human form of life called a state”, probably for fear of losing potential voters.

My friend’s quiz managed to expose just how far right Israeli politics, as well as the public discourse informing it, have shifted over the years; so much so that, within the current political climate, declarations once uttered by former Prime Minister Menachem Begin, who passed away 20 years ago, can now only be reiterated by leftists.

I have no doubt that if Menachem Begin, commander of the infamous Irgun Zionist militia from 1943-1948, were alive today and would utter these very same statements in the Knesset, his own party members from the Likud – as well as the Israeli majority – would condemn him. Today, citizens who hold such positions are simply called “traitors”.

Neve Gordon is the author of Israel’s Occupation and can be reached through his website.