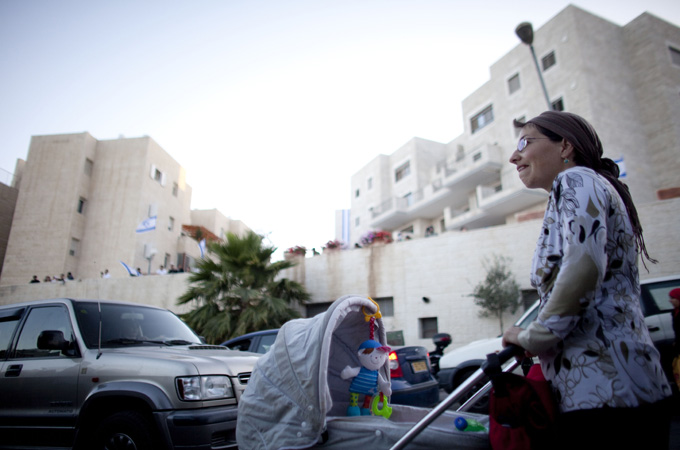 The ‘two-state solution’ is based on an exclusionary, divisive approach   [GALLO/GETTY]

Cambridge, United Kingdom – The slogan “two states for two peoples” has long been used by those who support the creation of a Palestinian state alongside Israel. Ironically, however, such a framework risks cementing Israeli apartheid and Jewish privilege, evoking the same sorts of arguments put forward by defenders of South Africa’s historical regime of systematic discrimination.

There are three problems with the “two states for two peoples” formulation. Firstly, the meaning of a Palestinian “state” has changed to the point that it is problematic to even use the term. Support for Palestinian statehood – at least rhetorically – has become the shared position of everyone from Tony Blair to Netanyahu, via Ariel Sharon. Some Israel advocacy groups (the slightly smarter ones) even campaign on this basis.

So what’s going on here, when someone like Netanyahu can boast to Congress how he has “publicly committed to a solution of two states for two peoples”?  Well note the wording of the Israeli government’s position when Ehud Olmert was prime minister and Tzipi Livni was foreign minister.

“The government will strive to shape the permanent borders of the state of Israel as a Jewish state, with a Jewish majority.”

In other words, the question of borders is not so much about land, as it is about demographics. Another example is Yitzhak Rabin. When Shimon Peres lauded the legacy of the assassinated prime minister in November 2011, he claimed that “[Rabin’s] diplomatic path has been accepted and is now held by the majority, a solution of two states for two peoples”.

But what did Rabin mean by this? Shortly before he was killed in 1995, the then-PM told the Knesset that he envisaged a “Palestinian entity … which is less than a state”. Rabin’s “permanent solution” included Jerusalem as Israel’s “united capital” (including the illegal settlements such as Ma’ale Adumim), annexation of colony blocs, the “establishment of blocs of settlements in Judea and Samaria”, and a border “in the broadest meaning of that term” down the Jordan Valley. This is a road map to walled-in reservations, not statehood – and it’s remarkably similar to Netanyahu’s own vision.

‘The Jewish character of the state’

The second problem with the “two states for two peoples” position is what it means for those Palestinians with Israeli citizenship, for whom a solution based on ethnic separation has dark implications. This threat has been spelled out explicitly by current Foreign Minister Avigdor Lieberman, who, in a 2010 interview with Newsweek, explained his belief in “exchanging territory and populations”. The questioner clarified: “You’re talking about drawing a line so that how many Israeli Arabs will no longer be part of Israel?” Lieberman replied: “At least half.”

In January this year, he repeated his views, stating that “any future agreement with the Palestinians must address the matter of Israeli Arabs in the formula of territory and population exchanges“, since “any other arrangement is simply collective suicide”. While this position has support from the likes of fellow Yisrael Beiteinu minister Danny Ayalon, the now ex-Kadima MK Livni also voiced something similar. In 2008, she said her solution for maintaining a Jewish and democratic state of Israel was “to have two distinct national entities”, which would mean being “able to approach the Palestinian residents of Israel … and tell them: ‘Your national aspirations lie elsewhere‘.”

While there are dangers for Palestinians in the pre-1967 borders, the third problem with the “two states for two peoples” paradigm relates to the Palestinian refugees, for whom this kind of peace means permanent exclusion, and a seal of approval upon the expulsions of 1948.

In the words of Professor Yehuda Shenhav: “Return is not possible in two states for two peoples … That’s why anyone who wants two states for two peoples requires we forget what happened in [19]48”. The refusal to engage with the ethnic cleansing of the Nakba is found even – or perhaps especially – among so-called doves. Former chair of Meretz MK Chaim Oron once explained how “two states for two peoples” means “the problem of refugees will be solved within the Palestinian state, and there will be no right of return to the state of Israel”, adding the instructive comment: “It is in Israel’s supreme interest that the refugee problem should be solved.”

The relationship between “two states for two peoples” and Israel’s policies of apartheid and ethnic purity was highlighted in the aftermath of the Supreme Court’s support for the law separating Palestinian spouses. Kadima MK Otniel Schneller praised the law for articulating “the rationale of separation between the (two) peoples and the need to maintain a Jewish majority and the (Jewish) character of the state”, adding that if the law had been rejected, “it would have undermined the central argument justifying two states for two peoples”.

There are echoes here of course with the rhetoric of apartheid South Africa’s leadership: in 1948, the National Party’s platform stated that “either we must follow the course of equality, which must eventually mean national suicide for the white race, or we must take the course of separation”. Interestingly, former president FW de Klerk noted last year on the BBC that what he “supported as a younger politician was exactly what the whole world now supports for Israel and Palestine, namely [that] separate nation states will be the solution”.

The unpleasant reality at the heart of the “two states for two peoples” – a framework based on expulsion and exclusion – has become clearer as more and more Zionists link Palestinian “statehood” with the need to “save” Israel as a “Jewish and democratic state”. In doing so, they unwittingly emphasise how only one half of that latter formulation is true.

Ben White is a freelance writer, specialising in matters pertaining to Palestine and Israel.