Saint Paul, MN – The waning of the American era of global dominance has caused a good deal of hand wringing in US foreign policy circles and denial by many in the political establishment. It is the country’s lack of preparation for this historic transition which should worry Americans, not the change itself. Just when the US should be strengthening university education to produce a more cosmopolitan citizenry that will deal intelligently with its new position in the world, public expenditures on higher education are declining at unprecedented levels.

World historians have observed that no global power remains dominant indefinitely. Just as the Dutch, Spanish and British saw their periods of dominance come to an end, so the American era will draw to a close. While it is yet unclear if a new single power will replace the US (such as China) or a constellation of powers, the end of American dominance will happen during most of our lifetimes (if it is not already upon us).

While it might be political suicide for any US elected official to admit this, the end of supremacy on the world stage may not be such a bad thing for the country. Being the global cop is an onerous task that often yields few rewards, yet frequently produces resentment and disdain. The trick is to evolve with grace and to remain an intelligently engaged global partner. This will allow the US to maintain its standards of well-being and exert soft power on the world stage.

Contrary to what one might think, the end of the American dominance will mean that it must become more engaged and aware of global affairs, not less. History has shown us that those countries which become too isolationist eventually succumb to critical missteps on the world stage and fail to capitalise on emerging trends. Examples of this include North Korea in the current period or Japan in the 18th century. We can contrast this with a number of countries around the world which experience high standards of well-being, well-educated publics and thoughtful foreign policy such as Norway, the Netherlands and Denmark. Now more than ever, the US needs a critically engaged foreign policy and a knowledge-based economy that is supported by an increasingly well-educated public.

At the centre of a graceful transition from playground bully to team player is a robust, world-wise, university education system. While recessions often lead people to focus on training for a particular vocation or profession, an increasingly well-rounded and globally-savvy education is needed by the workers of tomorrow. Whether Americans like it or not, their decreasing dominance, declining share of the global economy, and shrinking proportion of the world’s population, means that US workers and citizens will need to increasingly deal with other cultures and areas of the world if they are to thrive. Those who understand multiple foreign languages, receive a broad education in different geographies, histories and cultures, as well as master certain technical and analytical skills, will be most successful and help lead the country into the new era.

But just when the US needs it most, public support for higher education in the US is being rolled back at unprecedented rates. In my own state of Minnesota (long known for its well-educated workforce), our college and university system now only receives 18 per cent of its revenue from the state, down from over 50 per cent in the 1970s. Other universities, such as the University of Michigan and Penn State, receive only 6 per cent and 4 per cent respectively of their budgets from state legislatures. On average, state funding for higher education has fallen by 40 per cent since 1980 (with declines accelerating in the past five years).

In the face of tight state budgets, academic programmes have had to be understandably entrepreneurial. Tuition hikes are probably the most well-publicised way in which US colleges and universities have dealt with declining public subsidies. Unfortunately, increasing tuition costs have led many to question the value and necessity of a university education. While understandable, this is a dangerous debate that could easily put the US on the path to Third World status over the next generation.

More subtle have been significant shifts in the quality of the education that is being delivered to American students. Although I have largely been sheltered from these changes as a professor at a private, non-profit, liberal arts college, my colleagues in public universities across the country describe at least two other significant changes in addition to rising tuition. The first is a trend towards online education. Even for many traditional students who live on campus, increasing numbers of courses are now largely offered through the internet. While the cost savings of offering courses in this manner are clear, it is a fundamentally different type of education that limits the quality of interaction between the professor and student.

The second change is a growing bifurcation within departments between faculty who primarily focus on research (with few to no teaching responsibilities) and faculty who teach almost exclusively (with little to no research expectations). The reason for this change is that researchers bring in grants whose overhead helps subsidise the running of the university. Again, while this may make economic sense, it means that US undergraduate students are increasingly interacting with faculty who are less engaged in research. Although many of these faculty are undoubtedly talented teachers, it is a different experience than studying with a teacher-scholar who is engaged in the knowledge production process and the latest developments in his or her field.

The result of these changes is that higher education is increasingly out of reach for many Americans, and the product being offered is qualitatively different than it was in the past.

The United States sits at a crossroads for which higher education can and ought to play an increasingly vital role. The US can slowly disinvest in higher education and assure its ungraceful demise as a global power, or recognise its value and remain a thoughtful, engaged player in the global system.

William G Moseley is a human-environment and development geographer. He is a professor at Macalester College in Saint Paul, MN, USA. 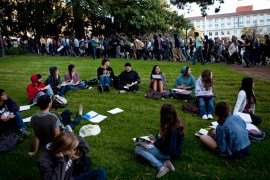 The fading dream of higher education in the US

Once an engine of social mobility, higher education in the US now signifies debt and lack of opportunity. 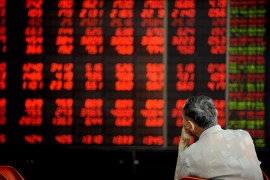 The decline of US global dominance does not necessarily mean that China will replace it as world superpower. 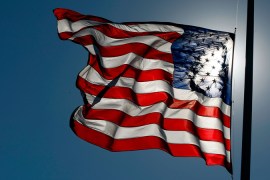 The decline of the American empire

As the world is undergoing a profound transformation, what role will the US play in a post-American century?