Washington, DC, United States – It’s deja vu all over again. AIPAC is trying to trick the United States into another catastrophic war with a Middle Eastern country on behalf of the Likud Party’s colonial ambitions, and the New York Times is misleading the public with allegations that say that the country is developing “weapons of mass destruction”.

In an article attributed to Steven Erlanger on January 4 (“Europe Takes Bold Step Toward a Ban on Iranian Oil”), this paragraph appeared:

The threats from Iran, aimed both at the West and at Israel, combined with a recent assessment by the International Atomic Energy Agency that Iran’s nuclear programme has a military objective, is becoming an important issue in the American presidential campaign [emphasis my own].

The claim that there is “a recent assessment by the International Atomic Energy Agency that Iran’s nuclear programme has a military objective” is misguided.

But the IAEA report does not say Iran has a bomb, nor does it say it is building one, only that its multiyear effort pursuing nuclear technology is sophisticated and broad enough that it could be consistent with building a bomb.

Indeed, if you try now to find the offending paragraph on the New York Times website, you can’t. They took it down. But there is no note, like there is supposed to be, acknowledging that they changed the article, and that there was something wrong with it before. Sneaky, huh?

You can still find the original here.

Indeed (at least at the time of writing), if you go to the New York Times website and search with the phrase “military objective”, the article pops right up. But if you open the article, the text is gone. But again, there is no explanatory note saying that they changed the text.

Note that in other contexts, the New York Times claims to be quite punctilious about corrections.

This is not an isolated example in the Times‘ reporting. On the very same day, January 4, they published another article, attributed to Clifford Krauss (“Oil Price Would Skyrocket if Iran Closed the Strait of Hormuz”), that contained the following paragraph:

Various Iranian officials in recent weeks have said they would blockade the strait, which is only 21 miles wide at its narrowest point, if the United States and Europe imposed a tight oil embargo on their country in an effort to thwart its development of nuclear weapons [emphasis again my own].

At time of writing, that text is still on the New York Times website.

Of course, referring to Iran’s “development of nuclear weapons” without qualification implies that it is a known fact that Iran is developing nuclear weapons. But it is not a known fact: It is an allegation. Indeed, when US officials are speaking publicly for the record, they say the opposite.

This is what the US director of national intelligence, James R Clapper, told the Senate Armed Services Committee in March: “We continue to assess [that] Iran is keeping open the option to develop nuclear weapons in part by developing various nuclear capabilities that better position it to produce such weapons, should it choose to do so. We do not know, however, if Iran will eventually decide to build nuclear weapons. 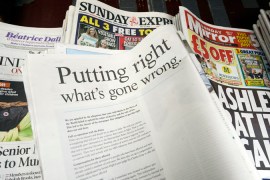 Who are you going to believe? The media?

The Leveson inquiry is asking questions of society that mainstream media must not be allowed to answer. 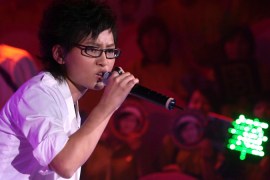 As Beijing announces ‘Cultural Development Guidelines’, can the state control what society wants to see? 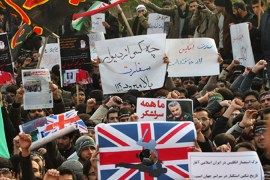 Iran vs UK: History of a media war

A look at the media crossfire between London and Tehran; plus, some fake twitter accounts have caused a stir.

Opinion: Standing up for diplomacy