Cape Town, South Africa – On January 8, Africa’s oldest liberation movement, the African National Congress, celebrated its centenary. Given the history of South Africa, the brutal nature of the former apartheid regime, and what seems like the inevitable decline in the fortunes of liberation movements after achieving political freedom, this is a feat of great significance.

History has shown that the ANC was not only the primary movement behind the liberation of South Africa from apartheid colonialism, but also an inspiration to many of the movements that sprung up across the continent to contest the dominance of the former colonial rulers in Africa. Its performance during numerous elections in democratic South Africa is an indication of the organisation’s continuing popularity at home.

The question that now confronts the ANC, and South Africa more broadly, is whether it can continue to lead the project to transform South Africa into a consolidated democracy and address the material inequality that has torn apart the social fabric of the country, polarised racial communities and impoverished both urban and rural black communities. Perhaps even more than the liberation struggle, this is a gargantuan task that requires organisational cohesion, intellectual clarity and a political project which can act as the central pillar around which society can coalesce.

From its formation in 1912, the ANC has been driven by ideology – not a narrow dogmatism, but an ideology anchored in two immovable elements: the realisation of national unity amongst all South Africans and the struggle for progress, an attempt to always improve the conditions of the most oppressed members of South African society.

Since its formation, the ANC has had a monopoly on the intellectual capital within the South African liberation movement. Many of its founders were intellectuals, and this tradition lived on through the likes of Joe Slovo, Thabo Mbeki, Chris Hani and others.

But the presence of intellectuals was merely a necessity, not a sufficient condition for a thriving and vibrant liberation movement. After all, history is replete with examples of intellectuals who were complete failures as political figures.

The success of the ANC can be attributed to the dynamic relationship between its intellectual innovation and the mass involvement of its support base in actual political struggle. The ANC reached its political zenith in the 1980s, when the oppressed in South Africa had risen, destroyed the local institutions of state control and challenged the powerful apartheid regime in schools, townships and factories.

Democratic local community structures, people’s courts and school bodies were established as alternative, popular centres of power. These would not have been possible with either a disconnected intellectual class at its head, nor a popular movement without strong ideological direction.

This dialectical relationship between action and thought was the basis of the ANC’s surge to power. By the late 1980s the apartheid government, while still militarily dominant, had lost the strategic political initiative to the ANC, become an international pariah and lost the struggle to impose its governance structures in the townships.

If we jump forward in time to contemporary South Africa and assess the state of the ANC, the two things we can say with almost total certainty is that the ANC is driven neither by an actually politically active populace, nor by a clear and dynamic ideological perspective.

While South Africa and the ANC have many processes of democratic political expression and consultation, the sense of an active and dynamic citizenry coalesced around a unifying ideal is absent in a country where the presence of apartheid continues to be the lived experience of almost all South Africans. Politics has become formalised, personalised and a scramble for the biggest slice of what is ironically the scrapheap of economic opportunity available for black South Africans.

This political demobilisation of a highly active population continued after the establishment of the democratic government. Nowadays, political action within the ANC is confined to its conferences, government consultation forums and public input to policy papers in parliament. The absence of real political struggle has impacted on the quality and character of local ANC structures and turned them into little more than the territory for factional battles and an instrumentality in the personal progress of its leaders.

At the same time, the ANC’s ideological and intellectual vibrancy has dissipated.

The organisation can no longer claim to contain or draw upon the intellectual ability of our most capable intellectuals and ideologues. In fact, intellectualism has become both a swearword and disability in an ANC that values pragmatism and factional manoeuvrability much more.

The relegation of ideology to a third rate element within the organisation has seen an organisation where personality and personal battles have become the most prominent features of our politics. The fact that a president of an ANC subsidiary body, such as Julius Malema, would require political education in order to manage his behaviour would have been unimaginable in the 1980s, when a leader at much lower levels of the organisation would be expected to have a high level of ideological appreciation.

This ideological degeneration is not a phenomenon unique to the present ANC leadership; it was displayed in its most gross form in the suppression of intellectual diversity so present during the Mbeki presidency.

So as the ANC is celebrating its centenary, we find the organisation in rude health, with its membership growing all the time, its opposition in disarray and its popularity uncontested. It is celebrating – three days of festivities which began on Sunday – its centenary with a series of spectacular events, outlining its proud legacy and its role in governing South Africa in the future.

This stands in complete contrast to its faltering ideological condition. The biggest worry is that it still remains far ahead of any official parliamentary alternatives, all of which will only take South Africa backward.

Unless it can revive and place political struggle and ideology at the centre of its existence, we might soon have to start writing obituaries instead of plaudits to this great liberation movement. 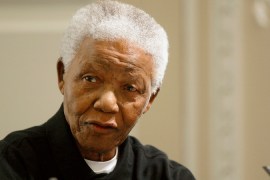 Celebration and criticism as the ANC turns 100 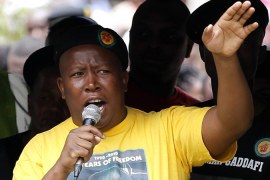 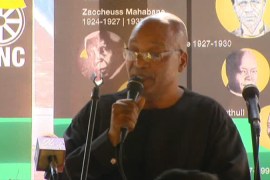 Celebrations come amid concerns that current leadership is failing to live up to the legacy of Mandela.