New York, NY – Last week’s decision by the International Criminal Court (ICC) in The Hague confirming four Kenyans must answer to charges of crimes against humanity does not excuse their government from responsibility to pursue justice at home.

Kenya must continue to investigate and prosecute those who orchestrated widespread post-election violence four years ago. The ICC has acted admirably in the circumstances and done exactly what it was established to do – step into the void when national authorities fail in their duty to investigate serious crimes. The Kenyan government must now act to remedy failures, and to restore and strengthen the independence of its judicial institutions.

Chaos erupted in the country after foreign observers reported vote tampering by both sides in what is now regarded as a rigged presidential election in December 2007. In the weeks that followed, more than 1,000 people were killed, 3,500 injured, 600,000 displaced and at least 100,000 properties were destroyed. The violence was perpetrated by both sides of a political and ethnic divide and included arson, rape, torture and murder.

Reports implicate serving police officers, security officials and powerful legislators for ordering attacks that were widespread, well-orchestrated and which unfolded in notable patterns. Two of those facing charges before the ICC – Deputy Prime Minister and Finance Minister Uhuru Kenyatta and former Education Minister William Ruto – are prospective presidential candidates. Even before the ICC’s confirmation, it was clear culpability extended throughout the upper echelons of the national government.

In the four years since the violence, Kenyan authorities have been remarkably consistent in evading their obligation to undertake credible criminal investigations. To their credit, the Kenya National Commission on Human Rights (KNCHR), an independent body, fulfilled its statutory obligation to investigate abuses and produced a report offering several recommendations to the president and his cabinet. These appear to have been completely ignored.

Sinister threats by the elite

The Attorney General and police have not responded to calls from within the country for prosecutions. The Kenyan parliament voted against the establishment of an investigative tribunal comprised of local and international judges, and followed this decision with a brief debate on a constitutional amendment to establish another. The findings of an independent investigation led by Kenyan judge Philip Waki were passed to prosecutors in The Hague after its recommendations were also ignored. The ICC announced it would proceed with preliminary investigations only after giving the country several opportunities to resuscitate its own proceedings.

Even though it has ratified the Rome Statute, the Kenyan government challenged the jurisdiction of the court after six prominent politicians were issued with summons. Many among the country’s elite argued that seeking justice would only inflame existing tensions and create further instability. This amounts to an assertion that ongoing impunity and the lingering threat of more violence is preferable to justice, an argument that is clearly a disingenuous lie disguised as sinister threat.

This week’s decision in The Hague was welcomed peacefully across the country. It is telling that most Kenyans support the ICC and have little faith in their own judiciary, which is widely perceived as corrupt. Another set of elections is due in 2012. The best way to ensure stability is to ensure they are free and transparent, without fear of retribution from thugs marshalled by the state’s highest political powers.

A further unintended consequence of the ICC decision is that, while the world’s attention is narrowly focused on a small handful of individuals, thousands of others are enjoying impunity from prosecution. Hundreds of thousands of victims have not seen justice, reparation or redress, and there is little indication of any external pressure from diplomats, media or donors to encourage the Kenyan government to remedy its significant shortcomings. Regardless of what transpires before the courts in the coming years, Kenya still has not demonstrated a willingness to investigate and prosecute the criminals in its midst, or recognise the rights of their victims.

The ICC’s decision should not be regarded as a victory for international justice as much as it is another unfortunate reminder of the importance of independent national judicial institutions. The Kenyan government remains responsible for investigating crimes when and where they occur.

All states have a duty to protect their citizens and to punish criminals. Kenya has failed on both counts.

Paul Seils is Vice-President of the International Centre for Transitional Justice. 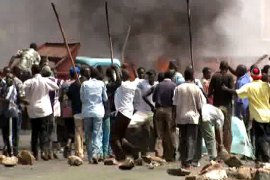 Political will lacking for Kenya prosecutions

Perpetrators of violence following 2008 polls remain unpunished even as nation prepares to hold another election. 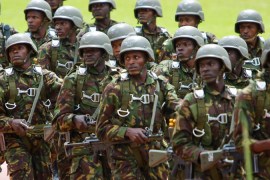 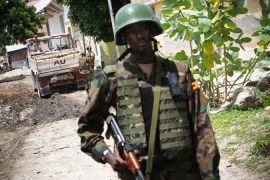 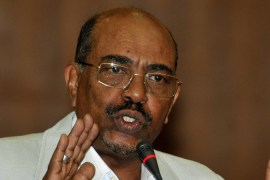 Court rules president should be arrested and handed to ICC over alleged war crimes and genocide if he visits Kenya.

Integrity of Kenya’s Truth Commission Report must be restored

Are we still committed to human rights for all?