Washington, DC – Talk about deja vu all over again.

In September 2010 The Atlantic’s Jeffrey Goldberg wrote, in a much ballyhooed article, that “there is a better than 50 per cent chance that Israel will launch a strike [against Iran] by next July”, meaning the summer of 2011.

Recently, the New York Times published a story by Israeli journalist Ronen Bergman, who writes: “I have come to believe that Israel will indeed strike Iran in 2012.”

The two articles are very similar. It is almost as if Bergman is merely updating Goldberg, primarily by postponing the supposed date for the attack by a year. That is necessary because Goldberg’s prediction did not pan out – just like the repeated predictions that Iran would have a nuclear weapon by a particular date keep being pushed back. (Here is former CIA official Bruce Reidel, predicting an Israeli attack on Iran in 2007. Here is former US ambassador to the UN John Bolton, predicting that Israel would bomb Iran in 2008. Here is leading Israeli Iran hawk, General Ephraim Sneh, predicting that Israel would act by the end of 2009. The attack keeps receding farther into the horizon.)

The most striking (even jarring) similarity between the two articles is that both pieces note that an Israeli attack on Iran would fail to prevent development of an Iranian bomb and that the collateral effects of an attack would be utterly horrific. Both cite Israeli intelligence officials who make just those points. (Check out this new J Street video, which quotes Israel’s most prominent intelligence experts explaining why attacking Iran would be disastrous.)

Here is Goldberg in 2010 on what the ramifications would be once the Israelis begin to bomb Iran, regardless of whether the attack succeeds or “fail[s] miserably to even make a dent in Iran’s nuclear program”:

[The Israelis] stand a good chance of changing the Middle East forever; of sparking lethal reprisals, and even a full-blown regional war that could lead to the deaths of thousands of Israelis and Iranians, and possibly Arabs and Americans as well; of creating a crisis for Barack Obama that will dwarf Afghanistan in significance and complexity; of rupturing relations between Jerusalem and Washington, which is Israel’s only meaningful ally; of inadvertently solidifying the somewhat tenuous rule of the mullahs in Tehran; of causing the price of oil to spike to cataclysmic highs, launching the world economy into a period of turbulence not experienced since the autumn of 2008, or possibly since the oil shock of 1973; of placing communities across the Jewish diaspora in mortal danger, by making them targets of Iranian-sponsored terror attacks, as they have been in the past, in a limited though already lethal way; and of accelerating Israel’s conversion from a once-admired refuge for a persecuted people into a leper among nations.

Here is Bergman this week on ramifications of an attack:

In the end, a successful attack would not eliminate the knowledge possessed by the project’s scientists, and it is possible that Iran, with its highly developed technological infrastructure, would be able to rebuild the damaged or wrecked sites. What is more, unlike Syria, which did not respond after the destruction of its reactor in 2007, Iran has openly declared that it would strike back ferociously if attacked. Iran has hundreds of Shahab missiles armed with warheads that can reach Israel, and it could harness Hezbollah to strike at Israeli communities with its 50,000 rockets, some of which can hit Tel Aviv. (Hamas in Gaza, which is also supported by Iran, might also fire a considerable number of rockets on Israeli cities.) According to Israeli intelligence, Iran and Hezbollah have also planted roughly 40 terrorist sleeper cells across the globe, ready to hit Israeli and Jewish targets if Iran deems it necessary to retaliate. And if Israel responded to a Hezbollah bombardment against Lebanese targets, Syria may feel compelled to begin operations against Israel, leading to a full-scale war. On top of all this, Tehran has already threatened to close off the Persian Gulf to shipping, which would generate a devastating ripple through the world economy as a consequence of the rise in the price of oil.

Nonetheless, both authors predict with a certain level of assurance that Israel will attack anyway. In essence, they are saying that the Israeli government of Binyamin Netanyahu is as insane as neoconservatives say the Iranian government is. They are saying that, yes, attacking Iran might lead to the devastation of Israel, even the destruction of the Jewish state, but that the government of Israel might do it anyway.

Why? Because it honestly believes that the Iranian government is so dedicated to a second holocaust that it would risk its own annihilation, not to mention the eradication of the Palestinian people as well as destruction of some of the holiest sites in Islam in its own initial nuclear attack.

And I doubt the authors believe that either. It is not Israel’s elimination they are worried about; it is the elimination of Israel’s nuclear monopoly and its regional hegemony. The Israelis themselves admit as much, with Defence Minister Ehud Barak telling Charlie Rose last year that if he were an Iranian government official, he would probably want a weapon, too – not to destroy Israel, but because “they look around, they see the Indians are nuclear, the Chinese are nuclear, Pakistan is nuclear, not to mention the Russians”. And the Israelis, obviously.

Bottom line: The purpose of these articles is not to predict an Israeli attack but to force the United States government into piling on sanction after sanction (with war always an option) rather than pursue a diplomatic solution to the crisis.

It makes no sense. And yet, due to the pressure of the pro-war lobby, it is diplomacy that is barely on the table, while war, always the direst option, is front and centre. That was plain when President Obama delivered his State of the Union address earlier this week.

Look at Iran. Through the power of our diplomacy, a world that was once divided about how to deal with Iran’s nuclear program now stands as one. The regime is more isolated than ever before; its leaders are faced with crippling sanctions, and as long as they shirk their responsibilities, this pressure will not relent. Let there be no doubt: America is determined to prevent Iran from getting a nuclear weapon, and I will take no options off the table to achieve that goal.

But a peaceful resolution of this issue is still possible, and far better, and if Iran changes course and meets its obligations, it can rejoin the community of nations.

Obama’s remarks were measured. The first part was tough, almost threatening, ending with a clear allusion to the possibility of war.

The shorter second part referring to a “peaceful resolution” spoke to the president’s preference: avoiding another Middle East war.

So how did Congress react?

It was silent until Obama stated that he would take “no options off the table”. That allusion to war caused the chamber to erupt in cheers. The second piece, the reference to a “peaceful resolution” was met with silence, except for scattered applause from perhaps a dozen legislators.

Bergman’s article (like Goldberg’s earlier piece) is designed to keep things just this way. Sanctions up to a point. War, if deemed necessary, farther down the road. And ideally a war fought by the United States and not Israel, to preserve not Israel’s security but its regional hegemony.

If the people of the United States allow that to happen, we are truly out of our minds.

The good news is that President Ahmadinejad now says he is ready for negotiations (whether the country’s supreme leader is may be another story). How about President Obama just agreeing to talk – for once without conditions dictated by the pro-war lobby.

But who am I kidding? It is the lobby, and its cutouts in Congress, who are driving this issue. And they want war. That is probably one reason Goldberg and Bergman are so sure it will happen. The lobby usually gets what it wants. 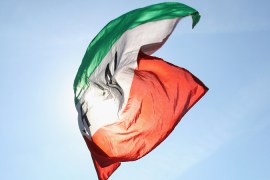 The myth of ‘isolated’ Iran

Officials in Tehran are welcomed across the global South, despite Washington’s claims of international confinement. 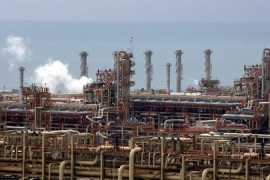 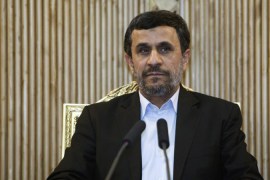 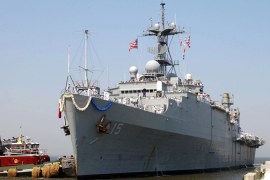 Floating US military base to tackle Iran

Ageing transport ship being converted into mothership for commandos ready for action in the Middle East.