Columbus, Ohio – If Willard Mitt Romney didn’t exist, we’d have to invent him. And in a way, we did.

Perhaps no single political candidate personifies our greed-is-good-meets-Bachelorette era as a guy who thinks back to his many firings, starts to move his hips to the music and sing “I, had the time of my life”. In fact, if one were to trace the journey from Mitt’s dad, George Romney, to his shiny-teethed offspring, they’d find a perfect roadmap – a Da Vinci Code, if you will – to how we got from the shared-prosperity-creating, centre-left consensus to the plastic, money-changing, showy Tim Tebowism that masquerades as civic virtue today.

George Romney was the CEO of the American Motors Corporation, a company that made stuff – back before we outsourced that kind of thing to such shiny locales as Mexico and China. The kind that helped propel the United States into an economic powerhouse while creating a prosperous middle class that enjoyed real wages and benefits.

Mitt Romney, to use Rick Perry’s words, has been a “vulture capitalist”. His business career has pretty much consisted of taking over troubled companies, hoovering up pensions, assets and anything of value not nailed to the floor, and then “liberating” workers to become characters in Bill Joel’s “Allentown”.

You ever see Pretty Woman? Remember Richard Gere’s “Edward”, who describes what he does once he takes over a company thusly: “I break it up into pieces, and then I sell that off, it’s worth more than the whole.” Romney’s that guy. Hunting “varmints”. And, you know, without the prostitute. Presumably.

George Romney was a Rockefeller Republican, one of an extinct breed that put this nation first, fought for civil rights laws and really believed in balanced budgets, and not supply-side Jesus. As Governor of Michigan, presidential candidate and cabinet secretary he supported these values, and came out decisively against the Vietnam War because it was the right thing to do.

Mitt would like to enshrine discrimination into our constitution with an amendment banning gay marriage, thinks George W Bush’s economic programme was groovy (even though he won’t say his name) and is busy trying to invent new nations just so we can invade them.

No, the apple didn’t fall far from the tree – it took a Gulfstream 5 down, rolled over an array of foreclosed houses and leveraged a buyout of a vineyard.

Sadly, there can be no doubt that what George Romney stood for is now largely antiquated, as monied interests rent Congress and segments of the Democratic Party, and outright own the GOP. As the US has traded its manufacturing muscle for get-rich-quick financial transactions that mostly benefit people with names such as Willard.

Again, Romney didn’t create this system. But he also didn’t have to spiritually merge with it and embrace the plastic, consumerised nature of our culture and politics with such fervour; talk about the 99.99999 per cent of those in the US that lack his wealth with all the effusive intensity of a corporatised cyborg; use enough LA Looks Mega Hold to cryogenically flatten his hair and cause a greenhouse effect anywhere immediately downwind.

When Romney gave his “victory” speech after winning (his almost-home state of) New Hampshire last week, my five-year old son, playing in the room and not looking at the television, suddenly cried out, “It’s Buzz Lightyear!” Yes, Romney sounds like a toy robot.

In fact, one could easily picture him suddenly proclaiming “to infinity, and beyond”. His serially dishonest and completely vapid campaign slogans have about as much chance of being accomplished. I suspect Mitt might even have a “Made In China” label attached to him somewhere, if we were to look hard enough.

So yes, Romney is a product of our age at its most extreme – its logical conclusion. Certainly, President Obama plays this game too, making promise after promise he has no intention of keeping, and hiding behind clever branding – as do most other politicians today. But nobody can match Mitt. In sheer personal, political and moral malleability, he rules this age. We’re just living in it.

As John Hlinko, founder of the activist group Left Action, and author of the brilliant book Share, Retweet, Repeat: Get Your Message Read and Spread, cheekily put it to me: “Romney wasn’t built in a day – he was carefully crafted, focus group by focus group to be sold to the largest number of people. Even his Facebook posts seem painfully focus-tested … rarely has so much pandering been crammed into 420 characters.”

Like Vivian – Edward’s companion – says to him in Pretty Woman, in response to his telling her about his work: “So, it’s sort of like, um … stealing cars and selling ’em for parts, right?”

That might best describe the life and politics of Mitt Romney, as well as the era in which we live. 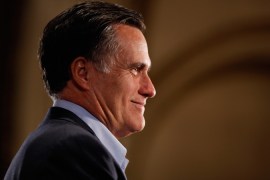 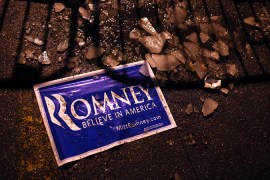 Mitt Romney’s newfound relations with the neocons could spell disaster for the United States, as the war drums begin. 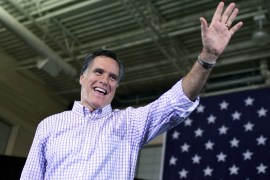 Why the Tea Party needs Mitt

Why do Tea Party members despise Mitt Romney despite him upholding many of their core ideals? 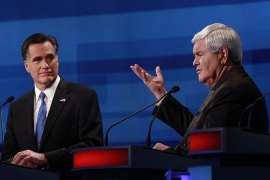 Republican front-runner faces questions over tax and his tenure as head of private equity firm in pre-primary debate.