Princeton, New Jersey – The West and Iran are playing a dangerous game. In the past two weeks, Iran threatened to close the Strait of Hormuz and warned the United States against sending an aircraft carrier back into the Persian Gulf. The US predictably responded that its aircraft carriers could and would patrol wherever necessary to promote freedom of navigation. Iran then announced that it would conduct naval exercises in the Strait.

In the game of “chicken”, two cars drive straight at each other at top speed; either one driver “chickens out” and swerves, or they collide in a fireball. Governments around the world cannot stand by and watch that game play out across the world’s energy lifeline. It is time for third parties to step in and facilitate solutions that allow Iran to save face while significantly and credibly reducing its supply of enriched uranium.

Iran may or may not be planning to go all the way to production of a nuclear weapon. Nonetheless, it is in clear violation of its obligations under the Nuclear Non-Proliferation Treaty, as determined by the International Atomic Energy Agency, which is charged with monitoring the treaty. Its continuing non-compliance is destabilising the entire Middle East, with serious repercussions for global security.

Although the Iranian government could most likely be deterred from using a nuclear weapon, the price of a nuclear Iran could well be a regional arms race – a nuclear Saudi Arabia, possibly followed by Turkey and Egypt. A collection of nuclear weapons, components, and materials in a region that is already volatile and violent, and that determines the world’s oil prices, is an appalling scenario. The market has already taken the measure of the past week’s tensions, driving up the price of some oil contracts to their highest levels in eight months.

Trying to force Iran to back down with steadily mounting sanctions has not produced results. Despite the tightening economic noose – the US imposed sanctions on all companies that do business with Iran’s central bank, and the European Union plans to impose sanctions on Iranian oil exports by the end of January – many nuclear experts now estimate that Iran is very close to enriching enough uranium to build a bomb.

But how else can the US, the EU, and the United Nations make clear that the “international community” means what it says? To go soft now is to lose all credibility with respect not only to Iran, but also to any other country thinking about pursuing a nuclear path.

The logic is compelling enough, except that the current course leaves Iran’s government no alternative between publicly backing down, which it will not do, and escalating its provocations. After all, what government wants to be seen as “chickening out”? And, in this case, decision-makers on both sides face domestic opponents who are only too ready to pounce at the least sign of weakness.

In the US, the Republican Party’s leading presidential candidate in this year’s election, Mitt Romney, declared at a recent debate, “If you elect me as president, Iran will not have a nuclear weapon.” His principal challenger, Rick Santorum, told NBC News that he would “order air strikes” if it “became clear that [Iran] was going to get nuclear weapons”. So this is no time for President Barack Obama to go wobbly.

Iranian politics is much harder to read. In the ongoing power struggle between President Mahmoud Ahmadinejad and Supreme Leader Ali Khamenei, each is more likely to out-tough the other than to propose concessions to the West. Moreover, many Iranian analysts point out that Khamenei and his inner circle are convinced that the US is ultimately bent on regime change – and is willing to use force to achieve it. Hence Iranian missile tests, threats to close the Strait of Hormuz, and announcements of nuclear progress should be read as efforts to deter more than provoke.

The more publicly the West threatens Iran, the more easily Iranian leaders can portray the US as the Great Satan to parts of the Iranian population that have recently been inclined to see the US as their friend. The net effect is to keep Iran speeding down the road toward a crash.

It is time for cooler heads to prevail with a strategy that helps Iran step back. The key players here are Brazil and Turkey, whose governments negotiated an ill-timed deal with Iran in May 2011, whereby Iran would transfer 1,200 kilograms of low-enriched uranium to Turkey in exchange for 1,200 kilograms of medium-enriched uranium for medical research at a Tehran reactor.

That deal quickly fell apart, but it could be time to try again. The stage is already set in Turkey, which agreed on January 6 to host a new round of nuclear talks between Iran and the P5+1 group (the five permanent members of the UN Security Council and Germany).

A new deal would probably have to go beyond the swap proposed in May 2011, but there are other possibilities. For example, add Egypt and Qatar to the equation and bring in the UN to provide an umbrella for a proposed regional nuclear-fuel bank, to which Iran would make the first contribution. Bring in South Korea (a major customer for Iranian oil) and Russia and begin exploring options for a global fuel bank. And ensure that all countries in the region reaffirm the basic rules of freedom of navigation in a way that allows them to claim vindication.

Where the political will exists to allow the other side sufficient margin to reach an agreement, creative solutions can be found. Still, diplomats know that war can be preferable to humiliation, which is why saving face is just as important as threatening force – and why other countries should step in and provide the room that both sides need to avoid a head-on collision.

Anne-Marie Slaughter, a former director of policy planning in the US State Department (2009-2011), is Professor of Politics and International Affairs at Princeton University. 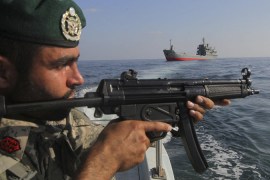 US and Iran continue war of words over Hormuz

Iran rejects US warning that it would ‘not tolerate’ closure by Tehran of vital oil route in row over nuclear sanctions. 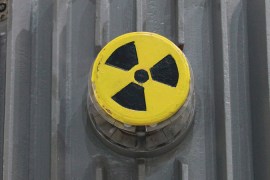 Pushing Iran towards a nuclear bomb 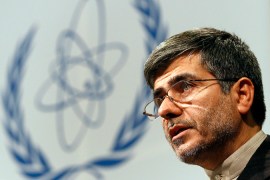 UN atomic agency says all nuclear material “remains under the Agency’s containment and surveillance” at Fordo.

Muzzling the dogs of war

A new-state solution for Israel and Palestine