Malawi, the warm heart of Africa, is further heating up. On the west coast, Senegal is boiling over as disgruntled citizens rage against attempted life presidency. In the untelevised (potential) revolution in Burkina Faso, cotton king of the Continent, people are reaching their last thread of patience with President Blaise Compaore’s regime. And as a consequence of a people’s revolt on the northern shores of the Red Sea, images of a deposed, ailing Hosni Mubarak and his two sons locked up in a pan-optic prison cage on trial were broadcast worldwide.

Since the end of 2010, protests across the African continent and places beyond have captivated audiences and given new and more complex meanings to the concept of people power. Increasingly, the uprisings in Africa and the Middle East have also raised the profiles of political analysts, journalists and academics relied on for their “expert views” to explain these people’s revolts. Favoured by fortune, the enterprising have published books on the Arab Spring long before it’s over, while Tom McMaster is still hawking the twisted memoirs of a gay girl in Damascus/straight man in Edinburgh.

Analytically, the contagious effect of mass resistance has meant that it is commonplace to use events in Egypt and Tunisia as a critical lens through which to understand what has led chanting crowds onto the streets of Mauritania, Malawi and Morocco. Though being infected with protest fever is one way of explaining events and exploring whether or not other African countries will go the way of Tunisia and Egypt, there is a tendency to narrate events within a useful but limited, potential-Egypt copycat frame.

Curiously characterised as riots – the same word used to describe acts as diverse as placard-waving pro-democracy activists in downtown Lilongwe and Foot Locker flash-looters in Brixton, south London – pundits weighing Malawi’s potential to flare up in the future also need to consider the demonstrations as one of many, a mark in time in a country’s long protest history.

In 1994 Hastings Kamuzu Banda, the handkerchief-carrying strongman of Malawi, was defeated in the country’s first-ever multi-party elections due in part to protests by ordinary Malawians. During Banda’s trial for corruption, civilians demonstrated outside the courthouse against Banda’s amnesia and geriatric defence for not remembering his fraudulent administration.

Elsewhere in Africa, the 90s was the decade to remove anti-colonial nationalists turned iron-fisted dictators from power; alongside Malawi, Kenya voted out Daniel arap Moi, multi-party elections saw the end of Kenneth Kaunda in Zambia, and a people-backed overthrow led to the fall of CIA-installed Mobutu Sese Seko of the former Zaire, now the Democratic Republic of the Congo (DRC). Both South Africa and Namibia claimed their independence from oppressive white-minority rule and citizens of all races cast their votes in the countries’ first-ever democratic elections.

Although a rebel takeover in the DRC shows the dark side of regime change and has resulted in prolonged military rule and unending conflict in Africa, voting is a positive and different form of organised resistance against strongman rule. Like en masse protests, the result, if successful, is that a new government comes into being.

Considering how various populations have mobilised themselves in the past, framing the question “which country is next?” in the discourse of “sub-Saharan Africa, a homogenous land mass so fraught with conflict and poverty, it lacks the capacity effectively organise resistance”, needs to change. From a local, regional, and continental perspective, the frequency of political protests and their size in the recent past alongside factors affecting the current political and economic climate are all useful indicators in predicting whether or not and when “sub-Saharan African countries” will be ripe for revolution.

The evolution of digital media has made the world more instantly connected to and better informed of news events, but unequally so. For example: The UK riots have been given their due economic and historical context, while reports on Malawi’s demonstrations efficiently tallied up the death toll at 19, but neglected to mention the fall of Banda as important background information. Even worse, seven months on, Burkina Faso is still the forgotten uprising, often absent from the world’s broadsheets. Maddeningly, Egypt and Tunisia’s young revolutionaries have repeatedly had to stress that revolutions do not come in a do-it-yourself kit pre-marked “instant”; their uprisings were “ten years in the making”.

Overlooking the backstory, rightly or wrongly, creates an impression that countries in the global South are framed as places without history by those at the centre of international news production. More likely, though irritating but unsurprising, in a fast-paced 24-hour news cycle, stories are constructed in the instant present, as though unrest springs out of nowhere – because it makes for a thrilling, racy story with mass appeal. As the West is key in shaping dominant media narratives, reporting without historic context becomes standard across a world whose media is hungry for revolution.

Needless to say, no amount of media coverage will guarantee crowds of demonstrators. Otherwise, anti-cuts protesters in London would have successfully turned Trafalgar into Tahrir Square in late March of this year. Meanwhile, Burkina Faso’s most significant challenge to a 24-year-old regime has taken place largely in the absence of flashing cameras and blow-by-blow tweets, since less than 200,000 of the country’s 16m people have internet access.

But not every spirited Facebook invitation to protest means that the masses will turn out on the streets: look at Swaziland and Zimbabwe. Not every attempt to topple a government in days will succeed because youth and opposition movements wish it so: see Uganda. So what if Senegal’s youth movement failed to unseat Abdoulaye Wade and Blaise Compaoré defeats both civilian and junior military mutineers and clings onto power for a few more years in Burkina Faso? Regardless of the catalyst, would it be failure because protests didn’t lead to the toppling of regimes in the age of the Arab Spring?

More plausible is that this is a slow combustion, a seismic knock to post-colonial African and Arab governments with a reputation for violently silencing resistance. Never before has Burkina Faso experienced months of sustained unrest where civilians demonstrate against state-sanctioned crackdowns and military rampages of public spaces like the markets of Ouagadougou, its capital.

In one afternoon, angry protesters in Dakar reversed the Senegalese president’s bid to run for re-election. Although turnout was low, the uprising in Swaziland on April 12 and the trade union protest a month before were symbolically significant, the first in years in a kingdom where political opposition parties have been banned since 1973.

To some extent, the Saharawis protesting Morocco’s military dawn raids on Western Sahara in November 2010 are reflected in the subsequent Sunday marches in Morocco by an economic and politically frustrated population which, in a time of economic austerity, would probably prefer to invest in the country rather than permit its autocratic monarchy to spend another cent more on an illegal, 35-year-long Israeli-style military adventure.

In reading the tea leafs of revolution, future food security is another “which country is next” factor. The University of Texas at Austin’s Strauss Center has developed research on climate change and protests and found a link between the years of surplus rain or drought and social conflict. No rain means very poor harvests, whereas excess rainfall raises the likelihood of crops being spoiled, which leads to shortages and high food prices, thus raising socio-political tensions.

For Malawi, a country dependent on crop farming and foreign aid, the Strauss Center’s research would suggest a connection between climate change, food insecurity, resource wars and the current uprisings.

For now, the termination of UK aid after a diplomatic spat with the Malawi government will have little impact on food security, but this could change should violence erupt once again and the regime fails to heed calls to remember the sacred cash cows by Madonna. Instinctively, eyes roll and lips sneer at the Queen of Pop’s save-a-Malawian-baby crusade, but her political influence serves a good purpose, sometimes.

In a brief statement issued after the July protests, Madonna asked the government to “find a peaceful solution that allows donors to have confidence that their money will be used efficiently”. If the Material Girl is right and other foreign benefactors follow Britain’s lead and withdraw financial support due to Mutharika’s further heavy-handed reaction, there could be tough times ahead for a country whose budget is 40 per cent funded by aid and whose already vulnerable food security is further threatened by climate change and the global economic downturn.

August 17th was marked as a day of mourning and protest in Malawi, but the UN has intervened and turned it into a day of dialogue between the government and the civil society coalition behind the protests. Elsewhere, this unmarked calendar date means small acts of resistance will continue in Burkina Faso, Egypt and Senegal. For those still asking “which country is next” or “is Egypt’s revolution a success”: look at the small things that make up the bigger chain of events. It’s these minor acts of dissent that turn a protest into an uprising, and an uprising into a revolution.

Tendai Marima is a Zimbabwean blogger and doctoral student at Goldsmiths, University of London whose research interests include African literature and global feminist theory. 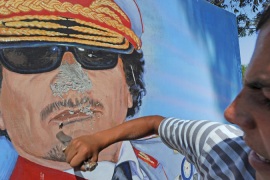 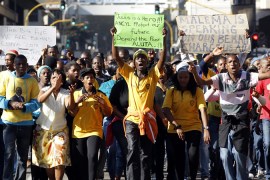 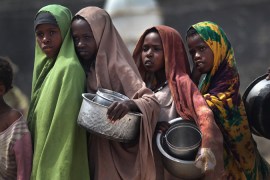 Saving children in the Horn of Africa

It’s not too late to make a difference in famine-ravaged East Africa. 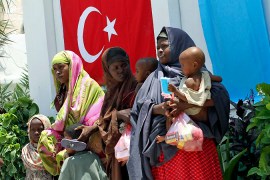 Turkish aid to Somalia: A new pulse in Africa