Embroiled with numerous social, economic, and political ills in the aftermath of the USSR’s demise, the Russian Federation was left with no option but to abstain from the Middle Eastern theatre. With the election of Vladimir Putin in 2000, however, this diplomatic passivism came to a gradual end as Russia sought to regain its prestige as a world power. Given the geopolitical importance of the Middle East, Moscow became determined to resume its role in regional affairs; an endeavour that was considerably boosted by the 9/11 attacks and the subsequent Russo-American cooperation in the war on terror as well as Russia’s opposition to the Iraq war.

Russia’s objectives in the Middle East have as much to do with domestic considerations as competing with the United States to win influence in the region. Russia’s recent engagement with Saudi Arabia and its more accommodative stance on Hamas and Hezbollah, for instance, are aimed at convincing regional actors to refrain from supporting or expressing solidarity with Chechen rebels. As the only major power not dependent on Middle Eastern oil and gas, it has an open hand to establish economic relations beyond the energy sector with a focus on countries under Western economic sanctions, where there is less competition for Russian exports, as well as Turkey and Israel.

Russia’s interests in Middle Eastern energy is different compared to China, India, US or the EU. As a major player in the international energy market, Russia has an interest in keeping the prices high while deterring key energy producing countries from jeopardising its market share in Europe. In a sense, Russia has been the main benefactor of the ongoing stand-off between Iran and the West over Tehran’s nuclear programme.

Current tensions make Tehran vulnerable to Russia’s needs and concerns. They also provide Moscow with leverage in its dealings with the US and indeed Iran itself. It is often forgotten that Tehran and Moscow are in a fierce competition for influence in Central Asia regarding the Caspian Sea demarcation. Simultaneously, sanctions are depriving Tehran of much needed foreign investment in its gas sector which in turn helps Russia to maintain its monopoly over the European gas market with greater ease.

With the election of Barak Obama and his subsequent “reset” initiative with Moscow, the Kremlin’s conduct in the Middle East has changed. Mainly because of the Iranian issue, the Middle East was a central factor within the reset scheme. Russia’s participation in sanctions against Iran are a major component of the “reset”. That Russia appeared as the least popular foreign power amongst Iranians in the aftermath of the 2009 elections helped the Kremlin to agree to American demands and abandon Tehran.

As matters on the Russian-Iranian axis continued to deteriorate, Russia began to search for an alternative to Tehran as its key regional partner drawing on the legacy of ‘positive relations’ during the Soviet period. Hence, Assad’s Syria suddenly became a main regional ally which was epitomised in President Dmitry Medvedev’s visit to Damascus in 2010 along with a flurry of military and economic agreements. Through its rapprochement with Syria, the Kremlin was also trying to expand its ability to play a more constructive role in the Arab-Israeli conflict thereby seeking to eclipse the United States.

With the so called ‘Arab Spring’, and Libya’s uprising in particular, Russia is once again at a crossroads. Given the Arab League’s demand for Western intervention in Libya as well as the speed with which Britain and France capitalised on the momentum of international concern at Gaddafi’s repression to table a UN resolution, Russian officials were caught off-guard. In spite of losing $4bn in arms contracts, Russia did not veto the UN resolution, choosing to abstain instead.

Believing that its acquiescence to NATO’s action in Libya has been abused, Moscow is now unwilling to play along with the West on Syria, as evidenced by its denouncement of calls for Bashar Assad’s resignation. Yet there is more to the Russia’s support for Assad’s regime than a simple discontent with the Libya operation.

Russia has made considerable inroads in the Syrian energy sector, having recently signed a $370m contract to construct a gas pipeline leading to al-Rayyan, a gas processing plant near Palmyra, and a multibillion dollar preliminary contract to build an oil refining and petrochemical complex in Syria.

Aware of Damascus’ inability to purchase Western weapons, Moscow has successfully carved out a niche market for its arms industry there, with contracts worth $6bn. In 2005, Russia wrote off 73 per cent of Syria’s debt in return for preferential treatment for Russian businesses in the Syrian market. Assad’s fall, thus, can greatly endanger all these gains, especially if members of the long-oppressed Muslim Brotherhood make their way to high offices. In its attempt to please the Syrian government, Moscow has included the party on its list of terrorist organisations.

On a more abstract level, Russia does not wish to see the emergence of a pro-Western government in Syria. Such a development could negatively affect its ability to use its only naval base in the Middle East, located at the Syrian port of Tartus. More importantly though, the Kremlin is seriously concerned with the precedents that a repeat of “Libyan scenario” might set for the public in Russia’s near-abroad.

Speaking at a press conference in Kazakhstan, Russian Foreign Minister Sergei Lavrov observed that: “It is a great pity that the Libyan situation has created a huge temptation for many opposition members to create a similar situation and expect that the West will not stand aside but will be interfering in the conflict in favour of one of the sides.”

It is now indisputable that a multipolar system of global governance is slowly emerging out of the ashes of the 2008 financial crisis. The Arab world is set to become a key pole within this new system. As an aspiring global power, thus, it is normal for Russia to be concerned with developments in Syria and the wider Middle East.

Nima Khorrami Assl is a security analyst at Transnational Crisis Project, London. His areas of interest and expertise include the Middle East, Political Islam and De-radicalisation, China, Caucuses, Energy Security and Geopolitics. 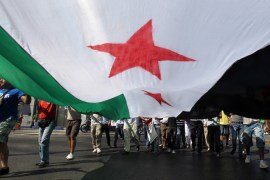 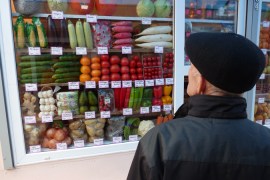 The energy-rich Sakhalin Island is seen as a new gateway for the ever growing demand for natural resources. 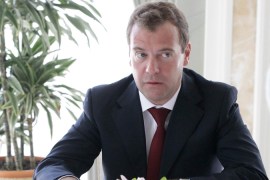 Russians to elect new Duma chamber on December 4, but opposition parties have concerns over whether vote will be fair.

China and India: Strategy in the Middle East