It seemed an unremarkable event. A re-duelling between two geriatrics who’d run against each other in Zambia’s 2008 presidential poll held after the untimely passing of Levy Mwanawasa.

Rupiah Banda of the Movement for Multi-Party Democracy (MMD) lost the election to his old adversary and 74-year old age mate, Michael Sata of the Patriotic Front (PF). Sata, a former colonial policeman turned trade unionist and politician, previously lost to Banda by a narrow two per cent margin (35,000 votes).

He led a chorus of rejection, claiming that he had been robbed of the presidency. In his favour, analysts argued a number of registered voters whose details had not been updated were unable to vote, and this could have tipped the ballot in his favour. A defeated Sata vowed to fight another day.

Change, or more of the same?

But in electing the charismatic ‘King Cobra’, as he’s popularly known, have Zambians made the right choice? This may be Sata’s first attempt at president, but he is very much a part of Zambia’s old guard.

Rising through the ranks of the United National Independence Party (UNIP), Sata was appointed governor of Lusaka by the then president, Kenneth Kaunda. Although his supporters say Sata’s governorship brought many positive changes to Lusaka, the 1980s was also a period of deep economic recession in Zambia, mainly caused by the 1970s fall in world prices of copper and oil.

Working in Kaunda’s administration, Sata became close friends with the country’s first post-colonial premier, a man whom many regarded as a dictator. Under his 27 year rule, Kaunda created a one-party system by declaring a state of emergency which gave Kaunda total control, banned opposition perceived as a major threat and imposed limits on press freedom.

Towards the end of the 1980s, Kaunda came under increasing domestic and regional pressure to step down from power after almost three decades of autocracy, failed nationalisation programmes and the rise of an urban, outspoken electorate he could no longer silence with his old tactics.

With Zambia’s first-ever multi-party elections marked for 1991, Sata sensed Kaunda and UNIP’s end was nigh. He left UNIP and in the same year, joined the MMD, the current outgoing president’s party. Sata’s jumping of ship at an opportune time ensured he held several ministerial posts in Fredrick Chiluba’s government long after Kaunda was defeated at the polls.

Frustrated his presidential ambitions went unnoticed in the MMD, Sata formed his own party in 2001. Since then, Sata has participated in four national elections and perfected a brand of populist politics that even his opponents, the MMD, copied parts of his campaign strategy in 2006’s presidential vote.

Although Banda had steered the country towards reasonably good economic growth, pegged at 6 to 6.5 per cent GDP growth over the past three years, in this election, personality and popularity won. Where Banda lacked the ability to connect with the working class poor, Sata had charmed the crowds and tapped in to their grievances.

Sata is also a well-known critic of foreign investors, particularly the Chinese who have made successful in-roads into the country’s banking, mining, textile and road construction industries. In a country where only 10 per cent are employed in the formal sector, the coming of the Chinese – and now, Indians – have not offered enough, in terms of local job creation.

Although Banda’s favourable investment policies meant foreigners have brought modern changes to Zambia’s infrastructure, feelings of disenfranchisement, labour exploitation and exclusion run deep within many Zambians. And Sata knows this.

Echoing Idi Amin and Robert Mugabe, Sata has previously threatened to deport Chinese and Indian nationals if he became president. In 2008, he promised that if elected, he would confiscate foreign companies with less than 25 per cent Black Zambian ownership. A similar programme is underway in Zimbabwe, where recently drafted indigenisation laws stipulate that all companies must have Black Zimbabwean ownership, unless of course they are Chinese-owned.

Unlike Mugabe, Sata has made it clear he sees China’s emerging power as a more subtle form of global economic imperialism. In a May 2010 interview with Howard French, Sata said, “the Chinese are scattering all over the world, but there is no such thing as Chinese investment, as such. What we’re seeing is Chinese parastatals and government interests, and they are corrupting our leaders.”

Although Sata has considerably toned down his anti-foreign rhetoric and made conciliatory gestures towards the IMF during this election, his past comments have stoked enough disenfranchised, fiery hearts that were already burning with anti-Chinese sentiment.

AFP reports that during the election, expatriate staff living in Zambia were advised to stay at home by their Chinese companies.

While the premier of China has politely welcomed the electoral result, time will tell if his 2008 warning that Beijing would withdraw all investment if Sata became president, will come true. For now, newly-come Asian migrants would do well to improve relations with their African hosts and get rid of the “slave-like” conditions Sata has so bitterly complained of.

A US Wikileaks cable describes Sata’s trademark politics in a comment about his supporting cast of experienced politicians who are, “willing to overlook his eccentricities, shortcomings, and frequent populist poppycock”. As is the trend of the leaked diplomatic files, American ambassadors can be quite scathing and disregarding of those considered antithetical to the American global viewpoint.

The cable goes on to mention a moment in Sata’s erratic temper and serious rifts within the Patriotic Front over details of Zambia’s new constitution that led him to “excommunicate half of his party’s parliamentarians” in 2007.

Splits, squabbles and resignations continued throughout Sata’s campaign, but in far less charged a fashion as firing half of one’s MPs. Perhaps as leader of Zambia’s new ruling party, Sata could use his abrasiveness and quick judgement to keep his party united, against MMD opposition in parliament sessions.

On his plus side, Sata is popular, considered a man of the people and has many years of political experience, all of which are necessary qualities in any president. For those in the country’s urban areas and the copperbelt, the core of King Cobra’s support, an urgent and effective handling of campaign issues such as unemployment, corruption and health will be crucial to the success of his presidency.

Internationally, Sata is not well liked. News of his victory sent the kwacha crashing against the US dollar as investors nervously clutched their pearls at the prospect of an anti-globalist as president of Africa’s largest copper producing nation. Under Banda, Zambia experienced economic growth because of its mineral resources and the $2.8bn generated from trade with the Chinese since 2000. Under Sata, foreign business will wait to see if his toned down rhetoric leads to some continuity of Banda’s favourable investment policies.

Allegedly, state and Chinese funds were used to help Banda run a well-oiled campaign machine. Apparently government contracted a Banda-loyalist company to print ballot papers, some of which opposition in Lusaka alleged, were delivered pre-marked on the presidential candidate section.

According to local press, young voters in Kanyama, a poor neighbourhood in the capital, intercepted a truck allegedly carrying wrongly marked slips and ballot boxes to areas outside Lusaka. The police tried to intervene, but things escalated and youths were seen fighting running battles with officers. Burnt cars, tear gassed residents, injured police and seven arrested youths were some of the casualties and consequences of Banda’s desperation to cling onto power for one more term.

Neither Banda nor Sata is the best choice for Zambia. Both have admirable qualities, but they are men drawn along lines of tribalism and patronage which is characteristic of strong man rule. They represent the old guard which practices a kind of iron-fisted nationalist politics of exclusion by ethnicity, race, gender or party affiliation common in many African countries.

Zambia needs new blood. She requires a younger and more progressive statesman, untainted by corruption and cronyism, who offers a real change from the politics of old. 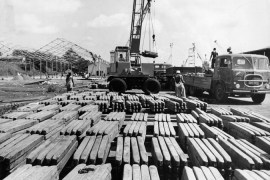 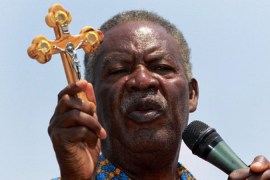