Some of the intellectual seeds of the Arab Spring developed their roots in the work achieved by the United Nations Development Programme (UNDP) in the Arab region. No national or international organisation has more to celebrate.

Early in 2012 the UNDP will publish its tenth Arab Human Development Report. The UNDP has, since 2002, been sowing some of the seeds to inspire ideas of a democratic, popular, civic, equitable, gender-friendly, tolerant and sustainable socio-political Spring. When it came in early 2011, the actual Arab Spring on its turn inspired the UNDP’s focus on empowerment in its current report.

As one of those privileged to sit on the report’s advisory board – currently meeting in Beirut – I attempt here to give readers a flavour of the food for thought on the menu.

The UNDP regional bureau for Arab states has, in my view, four feathers in its cap. The first are the reports themselves – a rich repository of knowledge on the state of “human development” in the Arab region. They are not perfect, and this is one reason why the regional bureau – under the guidance of the industrious and creative Adel Abdellatif and his brilliant team from Beirut to Cairo – have been continuously pushing the boundaries by trying to improve on previous reports.

The digital copies of the reports are downloadable, providing a useful teaching resource, which – no doubt like colleagues everywhere – I use in my own lectures on Arab democratisation.

The second, and in my view the most important achievement, is the localising and regionalisation of the notion of human development – without ever pretending the Arab world to be an island. This is part and parcel of the kind of knowledge production that is needed in a region today facing awesome challenges of transition.

Developmental or democratic knowledge neither comes from Jupiter nor can be mediated by “democracy promotion” programmes – noted for their one-way flow of know-how and knowledge: from the West to the rest, as usual.

Another added value is empowering the everyday Arab, outside of the hegemonic power structure, to speak of what they think of human development or good government – its ills, dynamics, agents, contexts, potentialities, and ethics.

The Western expert’s “temple of wisdom” has, for the greater part of post-colonial Arab development, proved its inadequacy: the results do not justify the function or results on the ground, whether in relation to the kleptocratic management of Arab oil or the quasi-banana republics ruled over by Ben Ali and Mubarak, for instance.

Finally, the UNDP’s reports have opened up ongoing investigative workshops, keeping Arab researchers fully engaged – intellectually, professionally and morally. In particular, how Arab researchers deploy the cumulative knowledge from previous reports in interpreting development amid emerging dynamics of change – local and global – challenging their brands of epistemology and methodology.

The well-known Egyptian political scientist, Bahgat Korany, has inherited from his predecessors a daunting task in editing the tenth report. His strategy of looking deep into the means of empowerment and the dynamics of disempowerment is robust.

It speaks to the context of the Arab Spring which powerfully resonates with messages of empowerment from the Arab youth and protesters who took over public squares to state that popular will determines power and forges empowerment.

The tenth report differs from previous reports in two ways. Firstly, it assumes a degree of boldness in its introspective analysis of the dynamics of empowerment and disempowerment. Thus it tries to measure up to empowerment by abandoning the so-called “kawaga [foreigner] complex”. That is, studying the Arab world on its own terms. Secondly, it seeks good practices as an enabling mode to showcase, when relevant, the toolkit of empowerment in the Arab world.

The analytical trajectory of empowerment in the tenth report is not teleological – and this is added value. Empowerment is open-ended, complex, multi-dimensional and long-term. Plus, it does not tie empowerment to political power.

The project of empowerment as mapped out in the tenth Arab Human Development Report speaks to the possibilities of enacting a new brand of contractual politics between the rulers and the ruled.

Thus to an extent, empowerment, fundamentally, is a question of auto-empowerment. Rarely power is given; it is earned, exercised, and made concrete through agency and action. Here, the tenth report is spot on in its objective of seeking to locate the sources of “power” in order to look at the potentialities for empowerment outside of politics.

This indirectly hints at one way of rebuilding politics after its assassination in the Arab world, under the kind of dictatorships that have been swept from power in Egypt, Libya and Tunisia.

The papers on poverty and corruption give an account of how these ills are disempowering to Arabs. The innovative touch lies in looking into the immaterial dimensions of these problems. The link between the immaterial and the material is thus treated in a novel way to implicate in the analysis the attitudinal, moral, and knowledge-based dimensions which both dis-empower and empower.

Likewise chapters on religion, education, and the environment, for instance, seek answers to questions that have perennially troubled Arab human development. The chapter on religion will be of interest to a wide readership for tackling issues that go to the heart of how religion remains a force of both enlightenment and absolutism in the Arab region.

The disaggregation of religion is excellent and will serve as a corrective to existing Orientalist thinking on the state of religion in the Arab world. The tenth report treats religion as a given and I think this is a positive dimension.

The chapters on the media and social media – as well as on conflicts in the Arab world – shed light on new and local resources for disseminating information by bypassing the state as well as traditional ethics and techniques of conflict resolution.

Education is perhaps the most complex aspect of Arab human development and, until this is addressed properly, empowerment will remain a chimera in the Arab region.

The tenth report brings this to the fore. Despite the huge resources in the Arab region, only one university (in Saudi Arabia) features in the ranking of the world’s best 500. Empowerment will require institutions of excellence in a region that boasts of millennial traditions of learning and teaching in places such as Baghdad, Damascus, Fez, Tunis and Cairo.

The tenth report has opened up a workshop of how, perhaps, to crystallise the thinking about the problems before they can be overcome – disabling disempowerment, and enabling Arab empowerment.  For that to happen, the tough assignment facing Arabs now is to look within for the sources of power they may have – and do not know they do possess – in order to translate this into true personal empowerment. 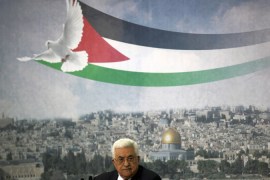 Why Palestinians have a right to return home

A thorough examination of the legal rights of all those displaced by the creation of the state of Israel in 1948. 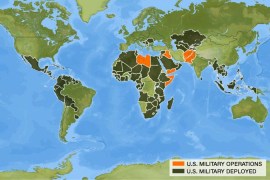 The presence of US forces in dozens of countries across the global South makes the world more volatile, says author. 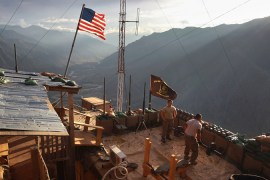 Dealing with Israel under a hegemonic crisis

The global hegemonic order is being challenged at a time of crisis and turmoil in several regions.