After six months of defiant resistance, countless fiery speeches, chilling threats, and blood-curdling brutality, Gaddafi has finally fallen on his sword. His collapse, however, is far from the end of the story. Instead, it heralds the start of a more complicated chapter in his country’s history. As tanks surround Gaddafi’s last outposts in Sirte, the cold war over the country’s future gathers pace. As the common enemy is forced out of the scene, the vast differences between those he had brought together return to occupy centre stage.

The vacuum created by Gaddafi’s departure is now filled by a sharp polarisation between two camps. The first camp is the National Transitional Council, made up largely of ex-ministers and prominent senior Gaddafi officials who had jumped from his ship as it began to sink. These enjoy the support of NATO and derive their power and influence from the backing of western nations. The second camp is composed of local political and military leaders who have played a decisive role in the liberation of the various Libyan cities from Gaddafi’s brigades, including the capital. The thousands of fighters and activists they command are now convened within local military councils, such as the Tripoli council, which was founded following the liberation of the capital and which recently elected as its head Abdulkarim Bel Haj. Ironically, this hero of Tripoli’s liberation is the same man who, a few years back, had been deported, along with other Libyan dissidents, by MI6 and the CIA to Gaddafi, who was their close ally at the time.

There could be no more striking indication of the rift between the two sides than the words of Mustafa Abdul-Jalil, the head of the council and ex-justice minister, on the eve of Tripoli’s conquest. Amid the jubilation and euphoria, a downbeat Abdul-Jalil emerged to warn that there exist “extremist fundamentalists within the ranks of the rebels” threatening to resign if they did not hand over their weapons.

Abdul-Jalil’s colleague, Ibrahim Chalgham, who still presides over the Libyan delegation to the UN and who had served as foreign minister under Gaddafi for years, criticised Bel Haj, dismissing him as “a mere preacher and not a military commander”, statements reiterated by NTC member Othman Ben Sassi, who said of the elected military council president, “He was nothing, nothing. He arrived at the last moment and organised some people”.

The war of words went on as Ismail Sallabi, head of the Bengazi military council who commanded the famous February 17 brigade, called on the NTC to resign, castigating its members as “remnants of the Gaddafi era” and as “a bunch of liberals with no following in Libyan society”.

Many fighters, such as Sallabi, are insisting that they played a key role in toppling Gaddafi. Some go further, claiming that their swift capture of Tripoli had taken the NTC by surprise and that they had defeated NATO’s alleged plans to partition the country into East and West. NATO’s strategy, they maintain, was to freeze the conflict in the West, effectively turning Brega into a dividing line between the liberated East and Gaddafi’s West. Although there is no concrete evidence for such allegations, they are understandable given NATO’s failure to advance into the West or move beyond Misrata for months. The late Abdulfattah Younes, the rebels’ military commander, once declared at a news conference in Benghazi, “Either NATO does its work properly or we will ask the Security Council to suspend its work. Misrata is being subjected to a full extermination. NATO blesses us every now and then with a bombardment here and there and is letting the people of Misrata die every day. NATO has disappointed us”. Reports of NATO planes bombing rebels on many occasions in Abjadia and Misrata and declarations by NATO Secretary General Anders Fogh Rasmussen that “there is no military solution to the Libya conflict” have only deepened mistrust of the organisation and its designs for the country.

Such speculations have been further corroborated by recent revelations that some US officials advised the Gaddafi regime on how to undermine Libya’s rebel movement, with the potential assistance of foreign intelligence agencies. For example, David Welch, an Assistant Secretary of State under George W Bush, met with senior Gaddafi aides as late as three weeks before the fall of Tripoli at the Four Seasons Hotel in Cairo, just a few blocks from the US embassy.

It is clear that two legitimacies are confronting each other today in Libya: armed struggle and liberation versus the de facto legitimacy of a self-appointed leadership derived from western support. The two are locked in a cold (and potentially hot) conflict over Libya’s future, the nature of its political order, and its foreign policy. It is a contest between a strategy directed by an internal agenda on the one hand; and one defined from the outside, by NATO and western powers, on the other.

These conflicts are part of the wider scene in the region, which is characterised by polarisation between the internal dynamics of the revolution and the foreign powers’ logic of containment and control, of calculated, limited, and monitored change. These foreign powers’ strategy is to swap the old players with new ones while keeping the rules of the game intact, using proxy wars manned via allied local elites, thus working to recycle the old regime into the new order in Libya, as they have been doing in Tunisia and Egypt.

Libya is set to be a scene of multiple battles: conflicts between NATO’s men and the fighters and their supporters on the ground, and conflicts between the foreign forces that have invested in the war on Gaddafi: the French, who are determined to have the upper hand politically and economically; the Italians, who regard Libya as their back garden; the British, who are determined to safeguard their contracts; and the Turks, keen to revive their influence in the old Ottoman hemisphere. Then there are the losing players in the new equation: the Chinese and the Russians.

Soumaya Ghannoushi is a freelance writer specialising in the history of European perceptions of Islam. Her work has appeared in a number of leading British papers, including the Guardian and the Independent. 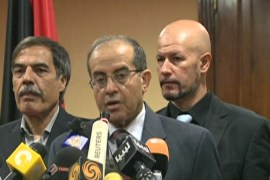 Divisions in Libya over NTC leadership

Libya’s transitional government will establish a governing body, but not without internal controversy. 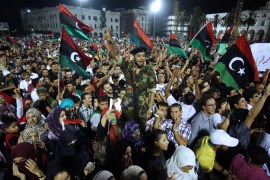 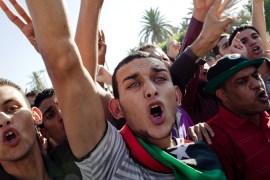 Having ousted their dictator, Libyans must now transition from hard power of armed rebellion to the soft power of ideas. 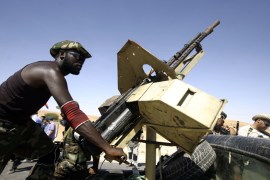 The role of the army in Egypt’s new politics