Recently the Israeli cabinet approved a major plan for the Negev that seeks to “relocate” an estimated 30,000 Bedouin Palestinian citizens to government-approved townships.

The details that have emerged about the government’s ‘solution’ for Bedouin Palestinians show a continuation of the colonial logic that has shaped Israeli policy in the Negev since 1948. Reports suggest that the state will reject half of the Bedouins’ land claims. For the tens of thousands of Bedouin Palestinians in ‘unrecognised villages’, there is now uncertainty about exactly which communities will be ‘legalised’ – and which will be demolished, their residents forcibly transferred.

Unsurprisingly, you wouldn’t know that from the Israeli Prime Minister’s communiqué about the decision, which repeatedly used language like development and absorption. There was only a hint about the forced relocation, in the promise to “strengthen the [state’s] enforcement mechanism”.

According to reports, a reduction in the amount of land to be granted the Bedouin was applied following “right-wing political pressure”. Netanyahu himself appointed national security advisor – and national-religious extremist – Yaakov Amidror to assess the plan, after a request for a reappraisal by far-right Foreign Minister Avigdor Lieberman.

Israeli news site Ynet said that the plan, “put together by a special unit in the Prime Minister’s Office”, aims to “prevent Bedouin tribes from illegally squatting across the Negev”. Yet the newspaper Ha’aretz pointed out that “unrecognised Bedouin settlements constitute 2.7 percent of the area of the Negev”. Even putting aside their claims to the land, it’s hardly a ‘takeover’.

MK David Rotem, part of Lieberman’s party, has stressed the need to “save” the Negev and “return” it to the country. Rotem may be associated with the extreme right, but this discourse is commonplace amongst Israel’s political establishment. Shimon Peres, lauded as a conciliatory dove in the West, told US officials in 2005 that Israel had “lost” land in the Negev “to the Bedouin” and urged action to “relieve” what Israel’s president “termed a demographic threat”.

Israel’s treatment of Bedouin Palestinian citizens was recently addressed by the UN’s Special Rapporteur on the Rights of Indigenous Peoples, James Anaya. He highlighted how one of the reasons “identified for the demolitions [of Bedouin structures] is to clear the way for maintaining a Jewish presence throughout the Negev” – a clearly “racially discriminatory” state of affairs.

This latest effort to concentrate the Bedouin Palestinian population into a few, approved towns echoes the Israeli government’s policies in the early years of the state. After the expulsions of the Nakba, the remaining Bedouin Palestinians were forcibly removed to what was known in Hebrew as ‘Siyag’ (‘fence’, or ‘enclosed area’).

Removal, military rule, and a reservation for Arabs; this was Israel ‘making the desert bloom’, and it didn’t stop in the 1950s. In 1979, Time magazine reported on government plans “to seize 37,500 acres of Bedouin land”, forcing the population “to resettle into new industrial townships”.  The article quoted one official as remarking: “I’m not giving good Jewish land and water to Arabs”.

The Israeli government – and particularly Western lobby groups and fund-raising organisations – try to hide all of this behind a language of ‘development’. Participants in an Interior Ministry meeting in 2004, for example, “talked of blocking the Bedouin expansion” but “agreed this terminology could not be used in official documents”.

Responding to Sunday’s vote, Ramat Negev Regional Council mayor Shmuel Rifman said that “the future of the Negev’s development is dependent on finding solutions to Bedouin settlement”. Back in March, however, he was more explicit, warning that if the government did not “finalise the Bedouin settlement it will be very hard to enhance Jewish settlement in the Negev”. In 2009, he “praised the Jewish National Fund (JNF) for trying to drive a wedge into the Bedouin expansion”.

You don’t need to dig deep to understand what’s happening. Avishai Braverman, then-Minister for Minority Affairs, said in 2004 that “if Zionism is a motivating force, then it needs to travel south to the Negev, so that Israel does not turn into a Palestinian State”. Netanyahu warned in a 2010 government meeting that a Negev “without a Jewish majority” would pose “a palpable threat”.

Israel is a country that promotes itself as a liberal, Western democracy. The government’s plans for its own Bedouin Palestinian citizens – dismissed by the US State Department as “an internal Israeli matter” – are yet another indication that such a claim is far from the truth. 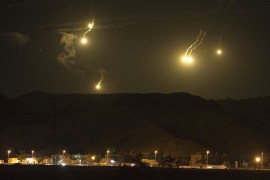 In Pictures: Violence in Israel and Gaza 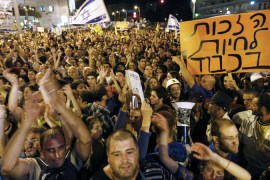 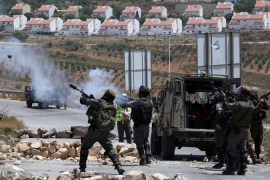 Leaked diplomatic despatches highlight efforts by army to use use force against peaceful protesters in the West Bank. 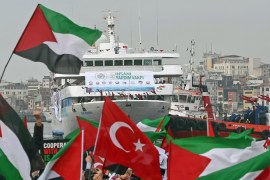 Israel will lose by ‘winning’