The attacks of 9/11 were a horrific crime, almost 3,000 people were killed in one attack – a crime against humanity. But it wasn’t the crime of September 11 that threatened our country’s survival, that destroyed our democracy, it wasn’t September 11 that expanded the devastating impact of those attacks far beyond those already directly affected.

It was the events of September 12, when the Bush administration made the decision to take the world to war, that changed the world, and that continued to threaten the world’s security and shred US democracy.

From the first moments after the attack, it became clear things were likely to get even worse, probably very soon. Thousands were dead, we wouldn’t know for days how many thousands. The victims would include people from 60 countries, restaurant workers, stock traders, janitors, tourists – as well as the police, fire-fighters and ordinary people-turned-rescue workers.

The drumbeats of war were already ratcheting up the calls for retaliation and vengeance rather than mourning and justice. The voices of sanity were quickly drowned out. Serious discussions about how to respond to this crime against humanity, how to seek justice for the perpetrators without creating more innocent victims, how to prevent horrific events like this from ever happening again – discussion that focused on root causes – were rare.

The attack on the World Trade Center was a crime – a crime against humanity of unspeakable magnitude, but a crime nonetheless. If the US claim of being a country ruled by law were actually accurate, the US’s goal would have been to bring the terrorists to face international justice, not to turn them into “dead or alive” targets for F-16-flying bounty-hunters.

Early on in the crisis there appeared little doubt that some version of fundamentalist Islamism and some connection to Middle East politics were likely components motivating the attack. And early on, it was no secret what policies lay at the root of Arab, Muslim and regional antagonism to the US. Those policies had been there long before September 11; unfortunately they remain in place even after the events of that day.

The Arrogance of Power

International resentment rooted in those policies was and is not aimed at the US or Americans in some generalised sense. Contrary to the Bush administration and media pundits, it is not democracy that is hated, nor even America’s global power per se. In fact, it is the US support for regimes in the region that deny democracy to their people that fuels Arab and Muslim anger. It is the way that US power is used in the Middle East that has caused such enmity.

US power provides uncritical political, military, and diplomatic support for Israel and its occupation of Palestinian land. Washington arms and backs the repressive dictatorships and absolute monarchies throughout the Middle East, ignoring the claimed commitment to “democratisation” that shapes US policy justifications elsewhere in the world. The US has sponsored twelve years of economic strangulation of Iraq, through sanctions now genocidal in their cumulative impact on civilians. US power means the seemingly permanent stationing of US troops throughout the region, despite widespread public opposition, particularly in lands some deem holy in Saudi Arabia.

But more than any single policy or even set of policies, the biggest cause of anger against the US, in the Middle East and elsewhere around the world, is the arrogance with which that unchallengeable US power is exercised. International law is dismissed, UN resolutions are ignored, binding treaties are abandoned. So while Washington demands that other countries strictly abide by UN resolutions and international law, and imposes sanctions or threatens military assault in response to violations, it holds itself accountable only to a separate “law of empire” which applies to the US alone.

In an article I wrote just days into the crisis I asked, “what might a war against bin Laden look like? The leader of al-Qaeda may well have already fled from Afghanistan; bin Laden’s followers are among the very few in that devastated country with the resources to flee at all.

“Bombing raids in Afghanistan are likely to achieve nothing. Missile strikes on mud huts and caves in the rugged mountains that make up bin Laden’s training camps have proved fruitless before. In fact, the mere threat of US airstrikes has already exacerbated the misery. Afghanistan is in the grip of a three-year drought and according to the UN’s World Food Program, by the end of the year 5.5 million people will be entirely dependent on food aid to survive the winter – a quarter of the Afghan population. The international aid programs whose workers were immediately withdrawn from the country in anticipation of US bombing provided virtually the only food.

“…No serious analyst has suggested that Baghdad was a significant player in the September 11 attacks, yet Iraq remains near the top of the list of potential targets. Facts aside, right-wing commentator William F. Buckley described Iraq as ‘the theatre’ for the ‘decisive confrontation’ that the war against terrorism requires. The region-wide mobilisation will provide political cover for renewed covert or open strikes against the Iraqi regime that will end up doing incalculable damage to Iraqi civilians. What could be more fitting than for Junior’s war to finish what his father left behind?

“Certainly a number of countries will sign on to the war fever quickly, hoping to bolster their own ties with the US and position themselves in a post-World Trade Center order. India has jumped on Washington’s bandwagon, offering base rights, especially significant if Pakistan’s contribution is limited. Pakistan’s own considerations likely include a hope that Washington’s nuclear sanctions might be lifted, as well as for increased US aid. A number of countries, including China, Russia, Indonesia and perhaps more are taking Israel’s example, linking their embrace of Washington’s anti-terrorism war to American acquiescence to their own ruthless crackdowns on Islamist-flavoured rebel challenges.

“Despite the early expressions of support, such a coalition may prove more difficult than it first appears. Many things remain uncertain. But if the US refuses to pull back from its self-declared intended abyss of war against an unseen but omnipresent enemy, the coming war will present far more serious challenges than Junior’s father ever dreamed of.”

Those grim forecasts of war and a rising in Washington of the arrogance of power, unfortunately, proved accurate.

George W. Bush, a weak, ultimately illegitimate president saw the September 11 crisis as a great gift, enabling him to consolidate his faltering credibility (domestic and international), and to implement long-standing goals of the right-wing Republican agenda. Aside from domestic policies that destroyed once-cherished civil liberties protections and undermined hard-won environmental defences, September 11 brought the Bush presidency vastly enhanced power shifting to the executive branch, treaties rejected, military force asserted in place of diplomacy, and foreign policy imposed on the rest of the world through an unchallenged law of empire.

The September 11 crisis opened what the satirist Tom Lehrer once called, “a good year for the war buffs.”

The world begins to say no to war

But since those frightening and dark days, some small possibilities of a different sort of tomorrow have re-emerged. International responses to the attacks, from people even more than from governments, began not with calls for vengeance but with human solidarity, sympathy for the victims on a global level rarely experienced in this country. And then, as Bush’s calls for war went out around the world, throughout Europe, the Middle East and elsewhere, people refused to accept their governments’ frightened acquiescence to Washington’s hegemonic demands.

Hundreds of thousands took to the streets to protest. In the US, campuses, places of worship and community centres erupted with teach-ins and demonstrations, with hundreds and then thousands and then tens of thousands of people determined to learn, to question, to criticise their government’s actions. Family members of victims killed in the September 11 bombings urged a response of justice, not war  –  and “not in our name” became a template call for peace. In the spring 100,000 people came to Washington to demand an end to Washington’s borderless and limitless war on terror. A few brave members of Congress broke out of the bipartisan toe-the-line mode to begin challenging the stripping of civil rights protections that formed Bush’s anti-terror war at home.

George Bush had a choice on September 11. First, he could have insisted that his pilot land Air Force One in New York City (instead of flying around and landing at obscure refuelling stops ostensibly because of claims of threats to the plane) so he could address the country immediately from what was not yet known as Ground Zero. He could have immediately given a very clear and unequivocal speech to his nation and to the world. A necessary section of the president’s address might have gone something like this:

In the real world, however, on the real September 11, the real President Bush said no such thing. Less than a month later the first bombers would strike Afghanistan. Thousands of civilians would die, and they would continue to die even as the elusive targets of the war remained at large.

Watching George Bush ratchet up the calls for war on that singular night, putting even grief aside to foment anger and vengeance as the only legitimate responses, one might have thought as The Crucible’s John Proctor did: ‘I have never knew until tonight that the world is gone daft with this nonsense.’

Unilateralism, in all its virulence, was proudly ascendant. US military supremacy was unabashedly the order of the day across the globe.

As Kofi Annan, the former secretary-general at the UN, noted in his 2002 Nobel Peace Prize acceptance speech, for most people in the world, the world did not change on September 11. “The old problems that existed on 10 September, before the attack, are still with us: poverty, the elimination of poverty, the fight against HIV-AIDS, the question of the environment, and ensuring we stop exploiting resources the way we’ve been doing,” he said. “All these issues.… are still with us and I think we need to focus on them as well.”

The promising potential of such an international challenge, taking hesitant shape in the UN and elsewhere during the first months of the Bush Junior administration when governments had begun to stand up to US bullying, was abruptly shut down on September 11. But perhaps that challenge to the new US empire can be rebuilt. “We still believe that another world is possible,” wrote Bolivian human rights activist Oscar Olivares to friends in the US on September 12. “We are with you.”

Adapted from her 2002 book, Before & After: US Foreign Policy and the September 11 Crisis, written in the first few months after the attacks.

Phyllis Bennis is a Fellow of the Institute for Policy Studies and the Transnational Institute in Amsterdam. Her books include Calling the Shots: How Washington Dominates Today’s UN. 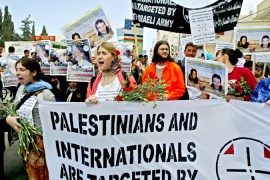 US anti-war and pro-Palestine peace activists are targeted by the FBI for allegations of material support for terrorism. 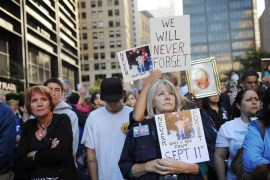 Images from 9/11 reveal people had an array of reactions, yet ten years on the event is stripped from the individual. 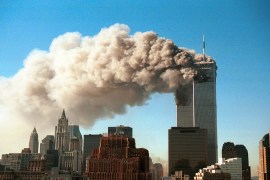 9/11 did not start or end at midnight

All too often we view 9/11 from the perspective of the nation-state rather than from a global standpoint. 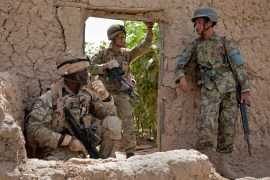 9/11’s self-inflicted wounds are the worst

Treating the perpetrators of 9/11 as criminals, not warriors, could have radically altered the the last decade.