In the retrospectives currently devoted to the tenth anniversary of 9/11, much is being made of the so-called “intelligence war” conducted by the United States against al-Qaeda over the past decade. The name is appropriate, for the global struggle against al-Qaeda has indeed been intelligence-led. The reason why this is so was perhaps most memorably explained by General Michael Hayden, the former Director of the CIA, who once said that in conventional warfare, the enemy is easy to find, but hard to kill; terrorists, on the other hand, are easy to kill or capture: They are just very hard to find.

And yet there are at least three abiding misconceptions regarding the intelligence-led war on terrorism. The first is that it has been centred primarily on the war zones of Afghanistan (and contiguous parts of Pakistan) and Iraq, with perhaps occasional forays into Yemen and Somalia. In fact, however, the war zones of Iraq and Afghanistan have primarily been counter-insurgency struggles, in which counter-terrorism is but a small subset of a much larger conflict. Oh, make no mistake: Abu Musab al-Zarkawi and al-Qaeda in Iraq established themselves for a time as the central front in the global jihad, touching off a sectarian civil war through their mass-casualty attacks on civilians and widely exporting their bomb-making and suicide attack techniques in the process. And the Taliban, similarly, have perfected the use of terrorist intimidation in furtherance of what is essentially an insurgency against the Kabul government and its western sponsors. In both Iraq and Afghanistan, however, genuine terrorism has been but a particularly gruesome aspect of a much wider conflagration, in both cases touched off by American-led interventions, and largely limited to their respective spheres of national conflict.

Over the same 10-year period, however, militants affiliated with or inspired by al-Qaeda have launched successful attacks in the UK, Spain, Morocco, Turkey, Jordan, Saudi Arabia, Yemen, and Indonesia, among others, and have been narrowly thwarted in yet more countries, to include Germany, Denmark, and the United States. In short, the struggle against al-Qaeda and those inspired by it has in fact been global, and by no means limited to the US-dominated war zones.

Which leads us to the second misconception: That the global campaign against al-Qaeda has somehow been a uniquely American undertaking. In fact, nothing could be further from the truth. Considerable though they may be, American resources and capabilities would not be nearly sufficient to conduct the genuinely global intelligence campaign that has been required. What has been truly extraordinary about counter-terrorism intelligence in the post-9/11 decade has not been the expansion of the US intelligence infrastructure, marked though it has been, but rather the revolution which has taken place in international cooperation against terrorism.

We tend to focus on what we can see. The results of commando raids and the aftermath of drone missile strikes are palpable. Not so, however, the patient, quiet, painstaking and often mundane investigations of terrorist networks, based on internationally shared leads, which has taken place constantly and simultaneously in literally dozens of countries around the globe. If there is a global war on terror, that is it. Those who participate do not do so, I can assure you, out of altruism or for love of America. What motivates the players in this global campaign is their responsibility to protect their own citizens from harm at the hands of fanatics for whom human lives, including those of their co-religionists, count for little when their political goals are at stake.

All of which leads us to the final misconception: That the last decade’s global struggle against terrorism, for all that it has been intelligence-led, has been primarily a military undertaking. In Gillo Pontecorvo’s iconic 1966 account of the Algerian revolution, The Battle of Algiers, the commander of the French paratroop regiment ordered to root out those responsible for a wave of civilian bomb attacks in the Algerian capital calls his sub-commanders together. All highly-trained soldiers, Col. Mathieu tells them he has a message they will not want to hear: The task they have been given is essentially police work.

As it was in 1950s Algeria, so it is today. For all the sophistication of modern technical intelligence techniques, the heart and soul of counter-terrorism in the past decade has been a form of international police work, often conducted by those who would never think of themselves as cops.

Yes, the headlines will continue to be stolen by commando raids and missile strikes, and public commentators will continue to expound on the United States’ war against al-Qaeda. But the essential story of the past decade is actually one of international solidarity, uniting many countries not generally thought of as allies in a successful common endeavour to combat and marginalise the perpetrators of a technique of political influence which cannot be tolerated in a civilised world.

Robert Grenier is a retired, 27-year veteran of the CIA’s Clandestine Service.  He was Director of the CIA’s Counter-Terrorism Center from 2004 to 2006. 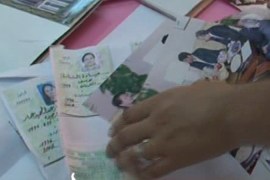 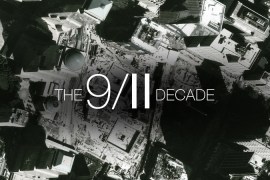 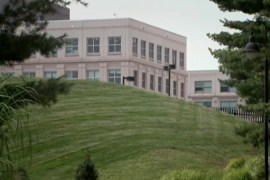 Concerns over US intelligence reforms

Critics say post-9/11 intelligence centre has failed to make the US any safer.