Politics trumped sensible economics in the United States this summer, when Congress and President Barack Obama could not agree on taxes, entitlements, deficits, or an investment stimulus. Europe’s leaders were also paralysed – ruling out defaults and devaluations, as well as deficits and stimulus. And, having run negative real interest rates, printed money, plowed in liquidity, and subsidized commercial banks, central bankers everywhere – most recently US Federal Reserve Chairman Ben Bernanke – appear to have concluded that they, too, have reached the limit of what they can do.

As a result, few people today doubt that the world is drifting, rudderless and leaderless, towards a second downturn. The pre-summer debate about whether we faced a “new normal” of slower growth has been resolved: nothing now looks normal. Muddling through has failed. Unable to conclude a global trade deal, climate-change agreement, growth pact, or changes in the financial regime, the world is likely to descend into a new protectionism of competitive devaluation, currency wars, trade restrictions, and capital controls.

That was the goal back in April 2009, when the G-20 set itself three critical tasks. The first, preventing a global depression, was achieved. The other two – a growth pact, underpinned by a reformed global financial system – should now be the main items on the G-20’s agenda when it meets.

In 2010, the International Monetary Fund estimated that a coordinated approach to macroeconomic, trade, and structural policies could achieve 5.5 per cent higher global GDP, create 25-50m additional jobs, and lift 90 million people out of poverty. But a global growth pact looks even more indispensable today, given the world economy’s structural problems and huge imbalances between production and consumption.

It may seem strange to describe the greatest financial crisis since the 1930’s as a symptom of a bigger problem. But, when historians look back on the wave of globalization after 1990 – which has brought two billion new producers into the world economy – they will find a turning point around 2010. For the first time in 150 years, the West (America and the European Union) was out-manufactured, out-produced, out-exported, out-traded, and out-invested by the rest of the world.

Indeed, by the early to mid-2020’s, the Asian consumer market will be twice the size of the US market. Today,

however, the West and Asia remain mutually dependent. Two-thirds of Asia’s exports still end up in the West, and south-south trade accounts for just 20 per cent of global turnover.

Put another way, ten years ago the US engine could drive the world economy, and ten years from now the emerging-market countries stand to take over that role, particularly given the rising purchasing power of their middle classes. But, for now, America and Europe cannot expand their consumer spending without increasing exports, while China and the emerging markets cannot easily expand their production or consumption without the guarantee of strong Western markets.

So, first, we must restore the broad vision of global cooperation contained in the G-20 growth pact (which has since been downgraded to what the IMF now calls “an in-depth analysis of…those countries identified as having large imbalances”). But a broader and deeper agenda is needed: China should agree to raise household spending and consumer imports; India should open its markets so that its poor can benefit from low-cost imports; and Europe and America must boost competitiveness in order to increase their exports.

The G-20 was also adamant in 2009 that future stability required a new global financial regime. David Miles of the Bank of England predicts three more financial crises in the coming two decades. And, if the BoE’s Andrew Haldane is right that rising pressures in Asia threaten future turmoil, the West will regret its failure to entrench global capital-adequacy and liquidity standards and a more transparent early-warning system.

The problem is already evident. Europe’s banking-sector liabilities are nearly five times higher than in the US, at 345 per cent of GDP. Germany’s banks are leveraged at 32 times their assets. So, not only is bank recapitalization essential for financial stability, but so is a reformed euro, built on fiscal and monetary coordination and an enhanced role for the European Central Bank in supporting individual governments (not individual banks) as lender of last resort.

The G-20 will not achieve growth and stability without a renewed focus on long-term debt reduction. But there is also a short-term imperative to avoid a cycle of decline. So we should draw on Robert Skidelsky’s national investment bank proposals to equip our infrastructure – not least our environment – for future challenges and to stimulate growth and job creation. One model is the European Investment Bank, which, with €50bn of capital, has been able to invest €400bn. But there is perhaps a deal to be done with the Chinese on investing their reserves and with Western multinationals on the tax treatment of repatriated profits.

Finally, as the Nobel laureate economist Michael Spence has shown, growth is now a necessary but insufficient condition for job creation. Today’s epidemic of youth unemployment, in particular, requires new approaches – a development bank, for example, to help employ the bulging youth population in the Middle East and North Africa, and training and apprenticeship programs elsewhere. The G-20’s growth compact must be a jobs compact, too.

The G-20, which represents 80 per cent of world output, came into its own in 2009 as the only multilateral body able to coordinate global economic policy. Unfortunately, its member states soon abandoned that goal and defaulted to national solutions. Predictably, going it alone has proven futile in ensuring economic recovery. The G-20’s time has come again. The sooner French President Nicolas Sarkozy calls the G-20 together to act, the better.

Gordon Brown is a former prime minister of the United Kingdom 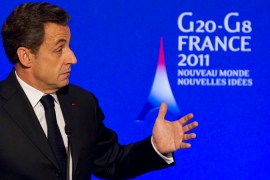 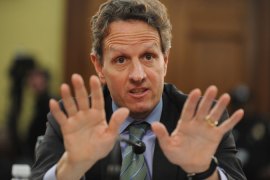 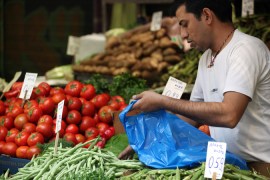 The cost of rising food prices

A new UN report says food prices are likely to rise even further, but what can be done to prevent a crisis?