In his 1938 work The Anatomy of Revolution, American historian Crane Brinton used the analogy of a fever and its movement through the corpus of a nation to describe the multiple stages of a political uprising. Analysing the various phases of the American, British, French and Russian revolutions, Brinton’s classic work distills the now-familiar shifts from ancien regime to reign of terror that trace the arc of the great revolutions of modernity – including the 1979 Iranian Revolution.

How can Brinton’s framework help us understand the revolutions of what we have called “the second wave” of the Arab spring? Libya and Syria appear to be poised at the tipping point, leading to the overthrow of their own anciens regimes. Many of Brinton’s ingredients for revolution are easily recognised in each country. Both Libya and Syria slogged through the previous decades in a culture of fear and corruption dominated by dictators who purveyed potent anti-US discourses and offered both the open hand and the iron fist.

The leader’s position was secured by the support of a military infrastructure more dedicated to the survival of the status quo than the protection of its citizens. Eventually the alienation of the intellectual class, mobilised in the new Arab publics of the satellite news sphere, spilled into the social media and the street. In both countries, the accumulated angst of generations of underemployed youth fueled the crisis.

By the spring of 2011, in response to the first popular calls for reform, the two states shredded their residual legitimacy by ruthlessly turning their military power against the people. “In each revolution there is a point, or several points,” Brinton wrote, “where constituted authority is challenged by the illegal acts of revolutionists”. In such instances, authorities responded with force, “but in each case with a striking lack of success”.

Brinton highlights the now oft-mentioned role of the military in pushing events forward. While Gaddafi kept his military weak and bolstered his forces with African contractors, Syria’s Bashar al-Assad has so far beat back protests with armed forces led by a loyal Alawi officer corps and reinforced by Iran. Prolonged fighting in both cases leads to the question of how and when the old guards, with their limited resource bases, will succumb to the massive forces pushing for change. The distance between the Libyan revolution’s control over Tripoli compared to the Syrian regime’s continuing hold on Damascus and Aleppo has much to do with the role of outside parties, especially the United States.

Brinton’s classic work has little to say about one of the central components of modern revolution: the role of outside powers in tipping the military and political balance. But that is exactly what we need to analyse in order to anticipate the turning point in these 21st-century revolutions. In Brinton’s historical case studies, the “international community” was fragmented, and geographically and functionally removed from rapidly changing events occurring in each revolutionary arena. Brinton’s chosen metaphor of disease, too, has little room for environmental factors. But today’s globalised information and economic infrastructures, not to mention the architecture of supranational organisations and the technologies of modern warfare, have made outside intervention the deciding factor in the balance of forces.

In the case of Libya, the international coalition became a critical force leading to the effective rebel takeover of Tripoli. While it is tempting to ascribe the progress of the last fortnight to the Libyan TNC and its ground forces, it would be more accurate to say that directed outside air power provided the decisive blows. The United States alone doubled the number of air strikes to three per day between August 10 and 22 from approximately 1.5 per day during the previous four months.

In addition to military intervention by outside powers, the international community is quick to deploy financial or economic power, either through a flood of aid or by the freezing of assets. In anticipation of future rewards, both states and multi-national corporations have also moved in to rebuild the Libyan oil sector, demonstrating the role of outside powers in catalysing of a revolution, as well as the avoidance of a business-unfriendly “reign of terror”. The funds frozen from Gaddafi’s accounts will soon be directed to give the TNC a new lease on life.

In contrast to Libya, international intervention in Syria is riskier and far more tentative, due to a variety of critically interested parties with conflicting aims – few of them purely economic –  for the country at the heart of the Arab world. Gaddafi’s friends in need are few and far between, and prefer to remain anonymous these days, but Syria’s Iranian ally, already stressed and jumpy from nuclear recriminations and internal power struggles, is just one of a few wild cards in the Syrian arena.

In spite of muted protests about the horrendous human rights abuses perpetrated in Syria, the commitment of Iran and its Hezbollah ally to the Assad government appears unshakable and takes the form of material support. The fall of the Assad regime would leave the Islamic Republic completely isolated, in a scenario eerily reminiscent of Netanyahu’s Clean Break strategy.

While the US and its client Arab regimes seem to speak with one voice on Syria, how closely Turkey and Israel coordinate their Syria policies with the US is open to question. Both of these regional powers can and do support US policy leads when it suits them, but also have their own clear and distinct interests in Syria’s integrity or lack of it.

Israel has a long history of of creating “facts on the ground”, and the new AKP Turkey, with its “zero problems” mentality, shows a similar inclination to be proactive in addressing problems. Rumors of preparations for a Turkish military incursion into Syria to create and enforce humanitarian buffer zones sound so crazy they just might be plausible.

And Israel, contemplating the loss of the Assad regime, which was a predictable and stable enemy on its flank, may be thinking of new “separation barrier” projects on the Golan Heights (according to Syrian news sources). Any of these regional players for whom Syrian stability is a critical local issue could seek to nudge the Syrian revolution in ways that could set off strong reactions in regional rivals and alarm the wider international arena. Understandably, the US has been hesitant in approach and timing, given the stakes and volatility of the situation. But the more insecure Syria’s neighbors feel, the greater the likelihood is that the situation could spiral out of control.

In the words of Deputy National Security Advisor Denis McDonough, the US now relies on “burden sharing and alliance management” to pursue its interests. This could mean bolder and expansive multilateral interventions with NATO cover as in the case of Libya, or more timid stalling as in Syria. But too-cautious leading from behind, as in Syria, leaves the contested terrain open for the very regional parties whose agendas contribute to the volatility to intervene in destabilising ways. In both the Libyan and Syrian cases, foreign intervention currently stands as both the missing link in The Anatomy of Revolution, and one of the most important factors in the 21st-century Arab revolutions.

Leila Hudson is associate professor of Anthropology and History in the School of Middle Eastern and North African Studies and director of the Southwest Initiative for the Study of Middle East Conflicts (SISMEC) at the University of Arizona.

Matt Flannes is a graduate student in the School of Middle East and North African Studies and the School of Government and Public Policy at the University of Arizona.  He also works as a Research Associate for SISMEC. 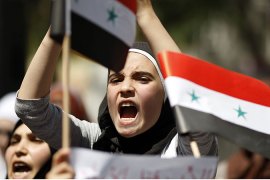 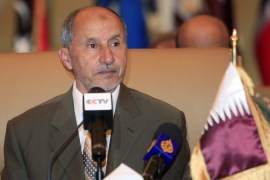 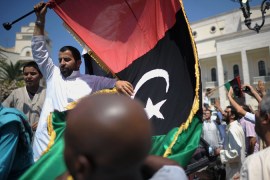