Arab silence on the continued repression of the Bahraini people is a shameful episode that does not fit the era of the Arab revolution. It is also a testimony to the determination of the US-backed Gulf political order – that is leading the effort to place a cap on change in the Arab World – to prevent the revolution from reaching its member states.

But in a wider context, the silence, or at least the lack of adequate solidarity with Bahraini revolutionaries, is indicative “of fear” of the Iranian and Shia influence on the predominantly Sunni Arab world. The Gulf states made sure to portray the protests as a sectarian Shia plot in order to obscure the Bahraini movement’s political message of justice and equality.

The relative success of isolating the Bahraini movement by fomenting sectarian fears is regretfully a sign that the Arab Spring has not succeeded in doing away with sectarian prejudices that are not only impeding  effective solidarity, but threaten to tear up some Arab uprisings.

Part of the problem is that the Arab uprisings have not yet radically changed the official Arab order that consists of governments that have fed sectarian divisions to ensure their longevity. The fact that Bahrain’s population is 70 per cent Shia but is ruled by an authoritarian Sunni royal family have made it possible for governments to claim an Iranian scheme to undermine the stability of the Gulf and consequently the Arab world.

Some Iranian statements, such as the infamous quote by former Iranian Shura Council speaker Akbar Nateq Nouri, that Bahrain is part of Iran, did not help. In other words, the Bahraini movement for change became partly a victim to the geopolitical contest between Iran and Saudi Arabia over the strategically located country. But mostly the open conspiracy against the Bahraini movement was precisely due to its indigenous, popular and political nature – a fact that was clear from the very outset.

If anything, the Bahraini protests that started last February were in effect a continuation of a long-standing  historic struggle for political freedoms that preceded the tiny country’s independence from Britain in 1971.

Bahrain was affected by the anti-colonialist Pan Arab and leftist wave that swept the Arab world in the fifties demanding independence from British rule and the formation of an elected consultative council. The dream  was about to be fulfilled after independence when in 1973 Emir Issa Ben Salman Bin Khalifa approved a constitution allowing elected parliament (74 per cent were elected and around 26 per cent were appointed by the Emir).

The parliamentary experiment came to a halt when the Emir dissolved parliament, citing fears of sectarian strife – a claim refuted by the opposition at the time – and proceeded to rule by decree.

An all-out campaign of arrests and torture followed, forcing many Bahraini intellectuals and activists to seek asylum in other countries, particularly in Europe, including the Eastern bloc, away from reach of their government.

The Bahraini government, which by then had become a close ally of Washington, tried to impose subordination by pursuing a combined policy of repression and discrimination against the Shia. The 1979 Iranian revolution spurred the emergence of movements based on religious identity (Sunni and Shia alike), especially after the blow dealt to the secular opposition.

But the major demands of the Bahraini opposition revolved around equality and a restoration of parliamentary life – although a pro-Iranian Shia group did call for extending Tehran’s rule to the tiny country.

In 1994 an uprising, led mainly, but not exclusively, by Shia parties finally culminated in the signing of the National Action Charter (NAC) in 2001. It represented an historic accord between the opposition and the royal family based on the restoration of parliamentary elections and political reforms.

But in spite of two parliamentary elections, Hamad Ben Issa Al Khalifa, who succeeded his father and changed his title to king from emir (prince) – a move that was supposedly aimed at establishing a constitutional monarchy – continued the regime’s authoritarian and repressive policies.

Thus it was natural that Bahrainis were inspired early on by the success of the Arab uprisings in Tunisia and Egypt to pursue a new stage of their struggle. As early as February 14, Bahraini youth followed the example of their peers in other Arab countries by staging protests and sit-ins demanding constitutional and political reforms.

The organisers of the earlier protests were originally young people who did not necessarily belong to the predominantly Shia opposition parties. They did not rise as Shia but as youth who wanted to have a say on their fate through active political participation. The protests were peaceful and initially they sought the implementation of 2001 NAC and an end of the security control over the country’s political life.

Like many people in Bahrain, the youth activists felt cheated by the regime which agreed to political reforms, included in the NAC. The regime did not honor its end of the agreement although the document was approved by 98.4 per cent of voters in a national referendum held in February 2001.

Shortly after the beginning of protests the mainly Shia opposition parties took over but endorsed the same demands – set forward by the youth – for a new constitution that would shift most powers into the hands of elected officials. They were joined by secular leftist and liberal groups, which include Shia and Sunni members, as the protesters sought to turn the Pearl Roundabout into Bahrain’s revolutionary Tahrir Square.

The idea of a Tahrir Square in Bahrain sent a dangerous signal not only to the country’s royal family but also to rulers in the Gulf states more generally. Regardless of the peaceful nature of the sit-in – and the fact that it looked like a destination for family picnics rather than a political protest rally – the Pearl Roundabout was about to become a symbol of the political challenge to all the oil-rich Gulf states.

Bahrain’s ruthless security clampdown in the dark of night, on March 17, indicated that the ruling family was determined not to have a repeat of Egypt’s Tahrir Square. The day after the deadly crackdown, bulldozers were brought in to demolish the six sails holding a pearl statue in an attempt to bury any trace of the political rebellion it had come to represent .

The Gulf states’ reaction, mainly the sending of Saudi Arabian and United Arab Emirates security forces to help quell the protests, underscored that the official Gulf order would not hesitate to do anything to maintain the status quo of the rule of the few.

The demands of the Bahraini protesters for elected officials accountable to freely elected parliaments, even under the umbrella of the monarchy, were intolerable to Gulf leaders. Such ideas challenged the notion of absolute control practiced in these countries and went far beyond the parliamentary system allowed in Kuwait.

The implicit and even explicit message that was sent from the Gulf to the rest of the Arab world, is that what happened in Bahrain was different than the uprisings in Tunisia and Egypt. Monarchs framed Bahrain’s protests as an Iranian-backed sectarian Shia “conspiracy” to destabilise the Gulf and dominate the Arab World.

From a media perspective, if Bahrain had experienced the same level of attention that was placed on Egypt, for example, the regime there would have faced greater scrutiny across the world.

Some articles, in influential Gulf-owned newspapers, quoted or at times even misquoted Bahraini Shia leaders uttering sectarian statements. That is not to say that there are no pro-Iranian Shia voices in Bahrain that contributed to protests. But those voices offered a fragmented image and not the whole picture. Consequently most of the Arab media failed to tell the more important story: that the political demands by the protesters had little to do with sectarian bigotry and were very similar in their aspirations to those of protesters across the Arab World.

At the same time, some Sunni religious leaders, at the payroll of some Gulf rulers, did not hesitate from fanning sectarianism by preaching anti-Shia sentiments, feeding fear of Bahraini protesters.

There is no denying that there was shock or anger – especially among Arab activists – over the crackdown and over Saudi and UAE intervention in Bahrain. But the absence of adequate coverage in the mass media undercut Bahraini citizens’ attempts to reach out to the wider Arab world.

Thus it became easier for distorted presentations of Bahrain’s movement to influence segments of the public who feared what was presented as Shia sectarianism.

The misrepresentations of events in Bahrain further deepened the Sunni-Shia divide – as Shias in Lebanon and Iraq, for example, have become bitter over the lack of coverage of what they view as Shia grievances in Bahrain.

Al-Manar television, run by the Lebanese Shia Hezbollah movement, as well as some Iraqi (Shia) stations – were the only channels that gave considerable coverage to the protests in Bahrain. The polarised coverage only served to further confuse public opinion, nurturing the sectarian beast.

The excellent Al Jazeera English documentary Shouting in the Dark, chronicling the heroic struggle of the Bahraini people and the harrowing clampdown, ought to open minds and hearts and send shock waves across the Arab world and the world at large.

But without real coverage and open debate in the Arab-speaking media about the reality of the situation in Bahrain there will be little change. It is wrong and unacceptable to paint the Bahraini opposition with a sectarian brush – while at the same time ignoring the fact that the regime used sectarian politics to consolidate its grip and prevent change. The Bahraini regime’s policies, more than anything else, created sectarian reactions and pushed a segment of the people towards Iran. Repression is not the solution.

In fact, the people of Bahrain have given the regime several chances to reform, but repression will only drive people towards endorsing more radical demands of overthrowing the regime.

Although Bahrain is a young country, its history has shown that repression did not prevent the struggle for political freedoms to resume. It is about time that Arabs stood unequivocally with the Bahraini people who contributed to the Arab Spring, even as the Arab Spring failed them. 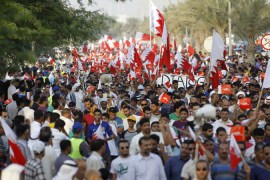 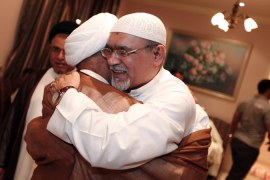 Move comes amid pro-reform gestures that state-appointed investigator says could lead to release of 150 more detainees.