“You should definitely postpone your book launch in Jerusalem,” warned a close friend who felt that the planned event for launching my recently published book on the Palestinian-led movement for boycott, divestment, and sanctions (BDS) against Israel might be too risky in light of the recently passed Israeli law that effectively bans support for the thriving boycott movement. At the packed bookshop-cafe in occupied East Jerusalem last Thursday, however, the engaged and Italian-coffee scented atmosphere was almost jubilant, as if declaring a collective defiance of Israel’s latest draconian measure.

Much controversy has arisen since the Israeli parliament passed legislation that would effectively criminalise support for any boycott against Israel or its institutions, under threat of heavy penalties and worse, without the need to prove “guilt”. Dozens of Israeli civil society organisations and leading legal scholars, including many opposing the boycott, have resolutely opposed this exceptionally authoritarian law on diverse grounds, ranging from the most principled to the downright pragmatic.

Missing in most of the debate is the Palestinian perspective, which is undoubtedly most relevant given that this law was entirely motivated by the spectacular growth in recent years of the global boycott, divestment and sanctions (BDS) movement against Israel, which was launched in 2005 and is led by the largest coalition of Palestinian civil society parties, unions, and NGOs: the Boycott National Committee (BNC).

While expressing alarm at this latest repressive attempt by Israel to crush Palestinian peaceful resistance and support for it among conscientious Israelis, a BNC statement conveyed confidence that this law will bolster the spread of BDS even faster among liberal communities the world over. Hind Awwad, coordinator with the BNC, reacted: “This new legislation, which violates international law, is testament to the success of the rapidly growing global BDS movement and a realisation within political elites inside Israel that the state is becoming a world pariah in the way that South Africa once was.”

Eilat Maoz, coordinator of the Coalition of Women for Peace, a leading Israeli feminist alliance that endorses BDS, was quoted in Maariv (Hebrew) saying: “An illegitimate government passes an illegitimate law to protect an illegitimate occupation, while complaining about de-legitimisation. We will continue boycotting, protesting, demonstrating and resisting the occupation – and we call on everyone else to do so.”

The Palestinian BDS leadership stood by its Israeli partners saying: “We stand in solidarity with all principled Israeli citizens and organisations who are the primary target of this law, and who may be fined and even imprisoned for exercising their fundamental right to speak out and act non-violently in order to bring their state into compliance with international law.”

Amnesty International condemned the new Israeli bill, saying it “will have a chilling effect on freedom of expression“. Members of the European Parliament raised similar concerns, while the EU itself, typically submissive to Israeli-US interests, expressed alarm at the law’s implications on basic rights. Even a New York Times editorial slammed it as undemocratic. All this will further aggravate Israel’s already low standing in international public opinion.

It is as if Israel has pushed the Fast-Forward button in the process of digging the grave for its own occupation and apartheid policies.

By passing this exceptionally draconian law that blatantly stifles free speech, Israel seems ready to sacrifice one of its very last masks of “democracy” for the sake of crushing, with an iron fist, the BDS movement. This provides further, irrefutable evidence of the level of panic in the Israeli establishment of the dramatic expansion of the movement with its simple yet compelling slogan, Freedom, Justice, Equality. It also proves, once again, the futility of all the other unsavoury weapons in Israel’s massive arsenal of intimidation, smears, threats and bullying in combating BDS, which, as a non-violent, morally consistent movement, has dragged Israel into a “battlefield” where even its daunting nuclear weapons are deemed ineffective.

The Israeli establishment’s attempt to justify its repressive new law under the rubric of countering a movement bent on “delegitimising” it and calling into question its very existence has failed to convince any significant portion of world public opinion. Most observers cannot but ask, why wasn’t the anti-apartheid boycott in South Africa considered a threat to the existence of the state? Also, did ending segregation in the southern states of the US delegitimise whites or end their existence? In fact, the only things that justice and equality delegitimise are injustice and inequality.

Similarly, BDS aims to “delegitimise” Israel’s occupation and colonial policies and structures. And it seems many in international civil society are gradually moving in the direction of supporting the movement and bringing closer Israel’s South Africa moment.

As to those who may say that this law will corrupt Israel’s democracy, one can only wonder whether a state that has dozens of laws discriminating against its “non-Jewish” citizens solely based on their religious/ethnic identity can be called a democracy. Can a state involved in occupation, forced displacement, siege and denial of basic rights of refugees be regarded as a democracy? The prominent Israeli historian, Ilan Pappe, calls Israel a “herrenvolk democracy”, one only for the masters.

Finally, Israel’s claim that BDS is somehow against Jews is best refuted by Avraham Burg, former chairman of the Jewish Agency and for many years speaker of the Israeli Knesset, where the latest legislation only underlines the pivotal role it has consistently played in maintaining Israeli colonial oppression.

If Palestinian activists learned anything from the South African struggle it is that the darkest moment is that that precedes dawn. In an ironic way, this new Israeli law may be a harbinger for that darkest moment, with no masks or pretence, and then we see the light of freedom and justice.

Omar Barghouti is a human rights activist, founding member of the Palestinian-led, global boycott movement against Israel, and author of Boycott, Divestment, Sanctions (BDS): The Global Struggle for Palestinian Rights. 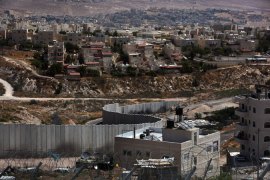 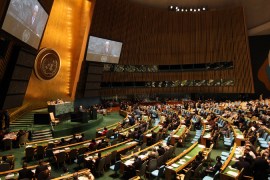 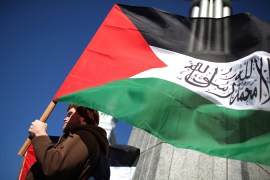 Palestinians expect nothing good from Trump