The massive volatility and sharp equity-price correction now hitting global financial markets signal that most advanced economies are on the brink of a double-dip recession. A financial and economic crisis caused by too much private-sector debt and leverage led to a massive re-leveraging of the public sector in order to prevent Great Depression 2.0. But the subsequent recovery has been anaemic and sub-par in most advanced economies given painful deleveraging.

Now a combination of high oil and commodity prices, turmoil in the Middle East, Japan’s earthquake and tsunami, eurozone debt crises, and America’s fiscal problems (and now its rating downgrade) have led to a massive increase in risk aversion. Economically, the United States, the eurozone, the United Kingdom, and Japan are all idling. Even fast-growing emerging markets (China, emerging Asia, and Latin America), and export-oriented economies that rely on these markets (Germany and resource-rich Australia), are experiencing sharp slowdowns.

Until last year, policymakers could always produce a new rabbit from their hat to reflate asset prices and trigger economic recovery. Fiscal stimulus, near-zero interest rates, two rounds of “quantitative easing”, ring-fencing of bad debt, and trillions of dollars in bailouts and liquidity provision for banks and financial institutions: officials tried them all. Now they have run out of rabbits.

Fiscal policy currently is a drag on economic growth in both the eurozone and the UK. Even in the US, state and local governments, and now the federal government, are cutting expenditure and reducing transfer payments. Soon enough, they will be raising taxes.

Another round of bank bailouts is politically unacceptable and economically unfeasible: most governments, especially in Europe, are so distressed that bailouts are unaffordable; indeed, their sovereign risk is actually fuelling concern about the health of Europe’s banks, which hold most of the increasingly shaky government paper.

Nor could monetary policy help very much. Quantitative easing is constrained by above-target inflation in the eurozone and UK. The US Federal Reserve will likely start a third round of quantitative easing (QE3), but it will be too little too late. Last year’s $600bn QE2 and $1tn in tax cuts and transfers delivered growth of barely three per cent for one quarter. Then growth slumped to below one per cent in the first half of 2011. QE3 will be much smaller, and will do much less to reflate asset prices and restore growth.

Currency depreciation is not a feasible option for all advanced economies: they all need a weaker currency and better trade balance to restore growth, but they all cannot have it at the same time. So relying on exchange rates to influence trade balances is a zero-sum game. Currency wars are thus on the horizon, with Japan and Switzerland engaging in early battles to weaken their exchange rates. Others will soon follow.

Then, unless the EFSF pot were tripled – a move that Germany would resist – the only option left would become an orderly but coercive restructuring of Italian and Spanish debt, as has happened in Greece. Coercive restructuring of insolvent banks’ unsecured debt would be next. So, although the process of deleveraging has barely started, debt reductions will become necessary if countries cannot grow or save or inflate themselves out of their debt problems.

So Karl Marx, it seems, was partly right in arguing that globalisation, financial intermediation run amok, and redistribution of income and wealth from labour to capital could lead capitalism to self-destruct (though his view that socialism would be better has proven wrong). Firms are cutting jobs because there is not enough final demand. But cutting jobs reduces labour income, increases inequality and reduces final demand.

Recent popular demonstrations, from the Middle East to Israel to the UK, and rising popular anger in China – and soon enough in other advanced economies and emerging markets – are all driven by the same issues and tensions: growing inequality, poverty, unemployment, and hopelessness. Even the world’s middle classes are feeling the squeeze of falling incomes and opportunities.

To enable market-oriented economies to operate as they should and can, we need to return to the right balance between markets and provision of public goods. That means moving away from both the Anglo-Saxon model of laissez-faire and voodoo economics and the continental European model of deficit-driven welfare states. Both are broken.

Over time, advanced economies will need to invest in human capital, skills and social safety nets to increase productivity and enable workers to compete, be flexible and thrive in a globalised economy. The alternative is – like in the 1930s – unending stagnation, depression, currency and trade wars, capital controls, financial crisis, sovereign insolvencies, and massive social and political instability. 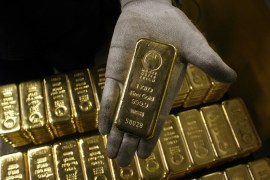 Concerns over global recession and debt crisis in Europe and US prompts many Thais to buy gold. 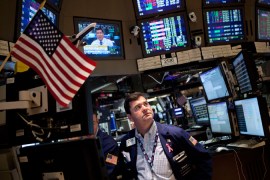 How are the economic woes of Europe and the US impacting the rest of the world? 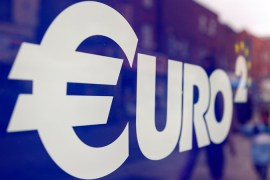 French and German leaders to discuss ways to contain the debt crisis which some say threatens future of single currency. 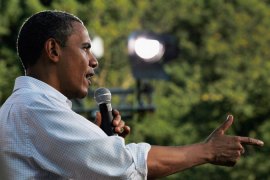 Mixing politics and economics in the US

While the economic crisis continues in the US and more Americans are struggling, not everyone is hurting.