We may live in a post-industrial age, in which information technologies, biotech, and high-value services have become drivers of economic growth. But countries ignore the health of their manufacturing industries at their peril.

High-tech services demand specialised skills and create few jobs, so their contribution to aggregate employment is bound to remain limited. Manufacturing, on the other hand, can absorb large numbers of workers with moderate skills, providing them with stable jobs and good benefits. For most countries, therefore, it remains a potent source of high-wage employment.

Indeed, the manufacturing sector is also where the world’s middle classes take shape and grow. Without a vibrant manufacturing base, societies tend to divide between rich and poor – those who have access to steady, well-paying jobs, and those whose jobs are less secure and lives more precarious. Manufacturing may ultimately be central to the vigour of a nation’s democracy.

The United States has experienced steady de-industrialisation in recent decades, partly due to global competition and partly due to technological changes. Since 1990, manufacturing’s share of employment has fallen by nearly five percentage points. This would not necessarily have been a bad thing if labour productivity (and earnings) were not substantially higher in manufacturing than in the rest of the economy – 75 per cent higher, in fact.

The service industries that have absorbed the labour released from manufacturing are a mixed bag. At the high end, finance, insurance, and business services, taken together, have productivity levels that are similar to manufacturing. These industries have created some new jobs, but not many – and that was before the financial crisis erupted in 2008.

The bulk of new employment has come in “personal and social services”, which is where the economy’s least productive jobs are found. This migration of jobs down the productivity ladder has shaved 0.3 percentage points off US productivity growth every year since 1990 – roughly one-sixth of the actual gain over this period. The growing proportion of low-productivity labour has also contributed to rising inequality in US society.

The loss of US manufacturing jobs accelerated after 2000, with global competition the likely culprit. As Maggie McMillan of the International Food Policy Research Institute has shown, there is an uncanny negative correlation across individual manufacturing industries between employment changes in China and the US. Where China has expanded the most, the US has lost the greatest number of jobs. In the few industries that contracted in China, the US has gained employment.

In Britain, where the decline of manufacturing seems to have been pursued almost gleefully by Conservatives from Margaret Thatcher until David Cameron came to power, the numbers are even more sobering. Between 1990 and 2005, the sector’s share in total employment fell by more than seven percentage points. The reallocation of workers to less productive service jobs has cost the British economy 0.5 points of productivity growth every year, a quarter of the total productivity gain over the period.

For developing countries, the manufacturing imperative is nothing less than vital. Typically, the productivity gap with the rest of the economy is much wider. When manufacturing takes off, it can generate millions of jobs for unskilled workers, often women, who previously were employed in traditional agriculture or petty services. Industrialisation was the driving force of rapid growth in southern Europe during the 1950s and 1960s, and in East and Southeast Asia since the 1960s.

India, which has recently experienced Chinese rates of growth, has bucked the trend by relying on software, call centres, and other business services. This has led some to think that India (and perhaps others) can take a different, service-led path to growth.

But the weakness of manufacturing is a drag on India’s overall economic performance and threatens the sustainability of its growth. India’s high-productivity service industries employ workers who are at the very top end of the education distribution. Ultimately, the Indian economy will have to generate productive jobs for the low-skilled workers with which it is abundantly endowed. Much of that employment will need to come from manufacturing.

The necessity of manufacturing

For developing countries, expanding manufacturing industries enables not only improved resource allocation, but also dynamic gains over time. This is because most manufacturing industries are what might be called “escalator activities”: once an economy gets a toehold in an industry, productivity tends to rise rapidly towards that industry’s technology frontier.

I have found in my research that individual manufacturing industries, such as auto parts or machinery, exhibit what economists call “unconditional convergence” – an automatic tendency to close the gap with productivity levels in advanced countries. This is very different from the “conditional convergence” that characterises the rest of the economy, in which productivity growth is not assured and depends on policies and external circumstances.

A typical mistake in evaluating manufacturing performance is to look solely at output or productivity without examining job creation. In Latin America, for example, manufacturing productivity has grown by leaps and bounds since the region liberalised and opened itself to international trade. But these gains have come at the expense of – and to some extent because of – industry rationalisation and employment reductions. Redundant workers have ended up in worse-performing activities, such as informal services, causing economy-wide productivity to stagnate, despite impressive manufacturing performance.

Asian economies have opened up too, but policymakers there have taken greater care to support manufacturing industries. Most importantly, they have maintained competitive currencies, which is the best way to ensure high profits for manufacturers. Employment in the manufacturing sector has tended to increase (as a share of total employment), even in India, with its services-driven growth.

As economies develop and become richer, manufacturing – “making things” – inevitably becomes less important. But if this happens more rapidly than workers can acquire advanced skills, the result can be a dangerous imbalance between an economy’s productive structure and its workforce. We can see the consequences all over the world, in the form of economic underperformance, widening inequality, and divisive politics. 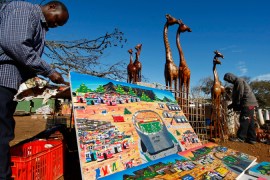 The future of economic growth

As major economies face hardships, will developing countries be able to step up and carry the global economy? 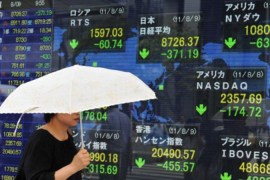 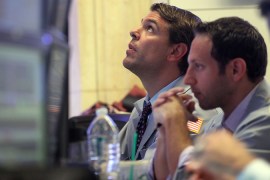 Is any economy safe?

As people across the world see the value of their investments plummet, we ask what has caused the markets to panic.