In 1995, I published a book called The World After Communism. Today, I wonder whether there will be a world after capitalism.

That question is not prompted by the worst economic slump since the 1930s. Capitalism has always had crises, and will go on having them. Rather, it comes from the feeling that Western civilization is increasingly unsatisfying, saddled with a system of incentives that are essential for accumulating wealth, but that undermine our capacity to enjoy it. Capitalism may be close to exhausting its potential to create a better life – at least in the world’s rich countries.

By “better”, I mean better ethically, not materially. Material gains may continue, though evidence shows that they no longer make people happier. My discontent is with the quality of a civilization in which the production and consumption of unnecessary goods has become most people’s main occupation.

This is not to denigrate capitalism. It was, and is, a superb system for overcoming scarcity. By organising production efficiently, and directing it to the pursuit of welfare rather than power, it has lifted a large part of the world out of poverty.

Yet what happens to such a system when scarcity has been turned to plenty? Does it just go on producing more of the same, stimulating jaded appetites with new gadgets, thrills, and excitements? How much longer can this continue? Do we spend the next century wallowing in triviality?

There have always been huge moral questions about capitalism, which could be put to one side because capitalism was so successful at generating wealth. Now, when we already have all the wealth we need, we are right to wonder whether the costs of capitalism are worth incurring.

Adam Smith, for example, recognized that the division of labor would make people dumber by robbing them of non-specialized skills. Yet he thought that this was a price – possibly compensated by education – worth paying, since the widening of the market increased the growth of wealth. This made him a fervent free trader.

Today’s apostles of free trade argue the case in much the same way as Adam Smith, ignoring the fact that wealth has expanded enormously since Smith’s day. They typically admit that free trade costs jobs, but claim that re-training programs will fit workers into new, “higher value” jobs. This amounts to saying that even though rich countries (or regions) no longer need the benefits of free trade, they must continue to suffer its costs.

Defenders of the current system reply: we leave such choices to individuals to make for themselves. If people want to step off the conveyor belt, they are free to do so. And increasing numbers do, in fact, “drop out”. Democracy, too, means the freedom to vote capitalism out of office.

This answer is powerful but naïve. People do not form their preferences in isolation. Their choices are framed by their societies’ dominant culture. Is it really supposed that constant pressure to consume has no effect on preferences? We ban pornography and restrict violence on TV, believing that they affect people negatively, yet we should believe that unrestricted advertising of consumer goods affects only the distribution of demand, but not the total?

Capitalism’s defenders sometimes argue that the spirit of acquisitiveness is so deeply ingrained in human nature that nothing can dislodge it. But human nature is a bundle of conflicting passions and possibilities. It has always been the function of culture (including religion) to encourage some and limit the expression of others.

Indeed, the “spirit of capitalism” entered human affairs rather late in history. Before then, markets for buying and selling were hedged with legal and moral restrictions. A person who devoted his life to making money was not regarded as a good role model. Greed, avarice, and envy were among the deadly sins. Usury (making money from money) was an offense against God.

It was only in the 18th century that greed became morally respectable. It was now considered healthily Promethean to turn wealth into money and put it to work to make more money, because by doing this one was benefiting humanity.

This inspired the American way of life, where money always talks. The end of capitalism means simply the end of the urge to listen to it. People would start to enjoy what they have, instead of always wanting more. One can imagine a society of private wealth holders, whose main objective is to lead good lives, not to turn their wealth into “capital”.

Financial services would shrink, because the rich would not always want to become richer. As more and more people find themselves with enough, one might expect the spirit of gain to lose its social approbation. Capitalism would have done its work, and the profit motive would resume its place in the rogues’ gallery.

The dishonoring of greed is likely only in those countries whose citizens already have more than they need. And even there, many people still have less than they need. The evidence suggests that economies would be more stable and citizens happier if wealth and income were more evenly distributed. The economic justification for large income inequalities – the need to stimulate people to be more productive – collapses when growth ceases to be so important.

Perhaps socialism was not an alternative to capitalism, but its heir. It will inherit the earth not by dispossessing the rich of their property, but by providing motives and incentives for behavior that are unconnected with the further accumulation of wealth.

Robert Skidelsky, a member of the British House of Lords, is professor emeritus of Political Economy at Warwick University, author of a prize-winning biography of the economist John Maynard Keynes. 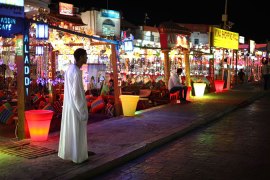 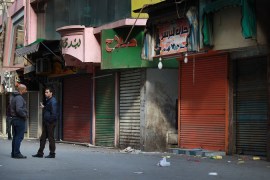 Despite talk of a “new social contract”, financial powers seek to maintain their grip on the poor of the Middle East. 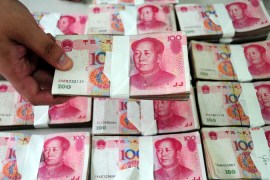 The Chinese financial system’s evolution in recent years has been extraordinary. 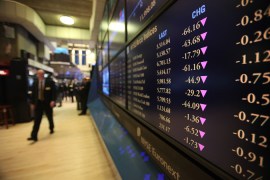