Britain’s global democratic image is being undermined by the arrest and detention of the Palestinian-Israeli freedom advocate Raed Salah in the same week that former Israeli Major General Rothschild has been allowed to address audiences in Britain. Rothschild was the commander of IDF Units in Southern Lebanon and co-ordinator of activities in the Palestinian Occupied Territories, where Palestinian deaths and gross human rights abuses have long since been reported. Raed Salah, on the other hand, has merely been hounded and slurred by the right wing British media, none of whom are accusing him of actually killing anybody.

The case of Raed Salah has clearly caused the Home Office immeasurable embarrassment, as it displays a lack of secure UK borders – despite being an island nation. There are, however, much deeper concerns which impact upon the very foundations and ideologies of security policies, namely: “On what grounds do we exclude individuals from the UK and what is the degree of evidence required?” From the examples of Salah and Rothschild above, it apparently isn’t simply the actions which can be attributed to an individual, but one rather suspects – who it is that is making the claims.

The case of Raed Salah is pertinent since it highlights how a high profile political leader can be denied freedom of speech and assembly in Britain on the basis of flimsy evidence propagated by individuals predisposed to the anti-Palestinian agenda. Raed Salah is head of the Islamic Movement in Israel and three-time mayor of the Israeli town Umm al-Fahm. He has a well documented history of peacefully championing equal rights for Palestinian-Israelis and promoting the Palestinian cause for freedom. While Britain bars Salah – yet promotes Rothschild – any objective individual can easily conclude that the British government’s actions corroborate Israel’s attempt to stifle the legitimate voice and legal aspirations of all Palestinians, while promoting the Israeli narrative in the UK.

The pressure does not end with British Palestinian supporters, however, and ministerial mandarins need only glance at the cyber-airwaves being transmitted from Turkey to Yemen and Indonesia to Morocco to notice the seething criticism being made of our Home Office and their decision that Raed Salah is “not conducive to the public good”. It is the Arab Spring which is reacting most furiously, with Tunisia and Egypt – the heart of the Arab Spring – displaying the most vocal resentment. Al Jazeera, the region’s most viewed channel, is covering the story with constant updates, where the story is competing with the Arab revolutions for the main headline slots. The British government should not undermine the damage Raed Salah’s arrest is doing to their future dealings with these emerging free governments.

The central issue is that while there are serious allegations of anti-Semitism being levelled against Raed Salah, he has never been prosecuted for such crimes in Israel – the most likely jurisdiction for such action. Those who have been exposed to the judicial process for Palestinians living in Israeli recognise the level of prejudice they can face, and the harsh sentences which are usually passed. Raed Salah is all-too familiar with this, having been imprisoned on numerous pretexts during his life; never, however, for hate crimes such as anti-Semitism.

This fact makes it a mockery that the British home secretary successfully actioned the deportation order which will deny Raed Salah his freedom of speech and freedom of assembly in Britain. More strikingly, he will also be denied access to justice, as his legal action against newspapers – who have openly defamed him – will not be able to continue.

The home secretary will no doubt hope to bury this debacle as quickly as possible, however, we are at a historic juncture on our standing in the new emerging Middle East and world order. Previously, in order to maintain global influence, the most consistent position of successive governments has concerned its foreign policy. While the means of pursuit may have varied, the goal of promoting British interests has remained the core. It was this concept that was succinctly summed up by Palmerston, the 19th century British prime minister, when he stated: “Nations have no permanent friends or allies, they only have permanent interests.”

While the balance between interests and morality has not always corresponded, the ideology of pursuing permanent interests was at the centre of propelling Britain forward to becoming a formidable power. Over the past century, the British pursuit for self interest had to be married with ethical foreign policies, which only led to a camouflage of its direct rule. This was achieved by installing puppet regimes in the vast empire it managed to amass.

The ebbing of British power, with a waning global influence, led successive UK governments to turn a blind eye to the excesses of the “friends” supported over time in the hope of pursuing its own interests, which depreciated rapidly. The message of the Arab Spring for us in Britain is clear – the propping up of rogue leaders and states was a continuation of Palmerston’s ideal; but the new hope emerging from the new Middle East is that Britain may pursue a policy that is attempting to maintain and preserve its interests, provided it treads the path of justice and equity.

The attitude of Mr Cameron in Egypt days after Mubarak was deposed that he would not talk to the Muslim Brotherhood, by far the strongest opposition political party, is scoring an economic own goal. However, it is perceived globally that, at the apex of this inverted relation of friend over interest, sits Israel – which has long been supported at the expense of international law, Geneva Conventions, UN Resolutions (of which there are over eighty that remain reneged upon) – alongside hostility towards countries and individuals which Israel views as unfriendly. The arrest on Tuesday of Raed Salah, an Israeli citizen, who arrived in London last weekend – at the invitation of a British organisation – epitomises this point.

Irrespective of the outcome of the deportation which Salah is contesting, his global reputation as a peace activist has been boosted a few pegs higher, and he has been elevated in particular on the Arab streets that are witnessing the Arab Spring. If the British government wants to foster trust, respect and future economic partnership with these revolutionaries, they should start by admitting they made a catastrophic mistake in attempting to exclude Raed Salah from the country.

Ismail Patel is Chair of UK based NGO Friends of Al-Aqsa. He has spent 15 years campaigning for freedom in Palestine and has addressed audiences across the world. Friends of Al-Aqsa is accredited by the UN Committee on the Exercise of the Inalienable Rights of the Palestinian People, and Ismail Patel has spoken at numerous UN conferences. He is also the author of several books including ‘Palestine Beginner’s Guide“, and ‘Madina to Jerusalem: Encounters with the Byzantine Empire’. 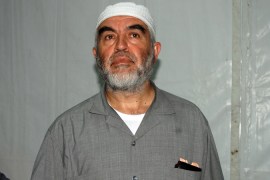 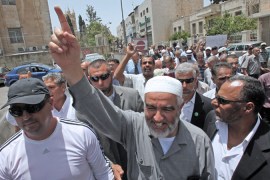 Palestinian activist Sheikh Raed Salah was barred from the UK due to unfair allegations from neo-conservatives. 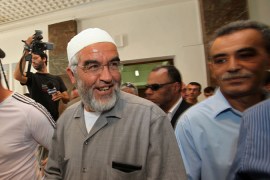 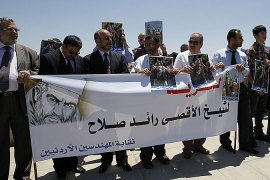