Earlier this year we watched with amazement as hundreds of thousands of Arabs charged into the streets of their cities demanding reform. The uprisings led to the departure of several leaders who had ruled for decades and also tested (and continue to test) several others.

But what led to this outpouring is much the same as the motivation behind the flotilla initiative which seeks to challenge the Israeli blockade of the Gaza Strip.

When fundamentally unjust situations are left unaddressed by states, the people must step in. That is precisely what happened in Tahrir square when hundreds of thousands, if not millions, of Egyptians lost all faith in the government’s ability to reform.

That is also precisely what drives the flotilla and the activists aboard it. They have watched as the collective punishment of 1.5 million civilians lingers with no objections coming from states that can change the situation. In fact, the siege of Gaza has been supported by Israel, the United States and Mubarak’s Egypt (though post-Mubarak Egypt promises to be different).

The blockade of Gaza is just one part of a multilayered siege on the Gaza Strip. The layers include control of land entry and exit points for commercial and humanitarian goods, control over the amount of electricity and water available to the people of Gaza, control of the air and sea lanes, and so on.

The Israelis try to whitewash the devastating effects of the siege by ignoring the exhaustive documentation by aid organisations and human rights groups, and by claiming they facilitate the entry of hundreds of trucks a day into Gaza. This is tantamount to justifying the encaging of an innocent person by claiming to shove some bread and water through the bars once a day.

In reality, the number of trucks getting into Gaza are far below what the UN believes is necessary to meet the minimum standards of the population.

Exports, which are commercial goods leaving Gaza, have been stymied as well. In fact, in 2005, Israel agreed to allow 400 trucks of exports per day out of Gaza by 2006 yet less than 200 trucks of exports were permitted exit throughout all of 2008-2010! There is yet to be any rational argument from the Israelis as to why they prevent exports from leaving Gaza, and the only plausible explanation is that they want to emaciate the Palestinian economy in the strip.

It should also come as no surprise that Israelis are working around the clock in an attempt to vilify the people on these boats, just like the when the Mubarak regime attempted to do the same with the Egyptians that challenged his rule.

But the passengers on the flotilla realise that nonviolent disobedience is key to the success of their mission to raise awareness about the unjust blockade. The Israelis have even been caught distributing fake videos accusing the flotilla organizers of homophobia, alliances with terrorists and even suggesting the passengers might use chemical weapons.

For a state that claims to be a “democracy”, their response to nonviolent disobedience is as irrational as any neighbouring autocrat’s.

Vilification is, of course, the first step to justifying violence, and there has been no shortage of violence used against nonviolent activists during the Arab Spring. It seems Israel is laying the groundwork to apply similarly repressive techniques against the good-willed passengers of these boats.

So what will the reaction be?

As the flotilla approaches Gaza, another January 25th moment presents itself. You either stand with members of civil society who have challenged the unjust practices of states, or you stand with those states and their unjust practices.

About 40 brave Americans have cast their lot with civil society by setting sail on the American-flagged ship to Gaza, the “Audacity of Hope”. Among them are men and women, elderly, and many Jewish-Americans as well. They will be joined by about ten ships and 300 other activists. They simply refuse to sit idly by like their governments as the crime of the siege of Gaza continues.

As the collective punishment of 1.5 millions civilians persists, it’s time to ask yourself: which side are you on?

Yousef Munayyer is a  writer and political analyst based in Washington, DC. He is currently the Executive Director of the The Jerusalem Fund for Education and Community Development. 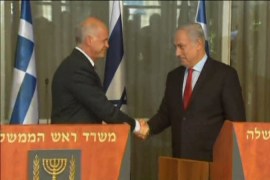 As Israel’s relationship with Turkey has soured, its relations with Greece have grown stronger. 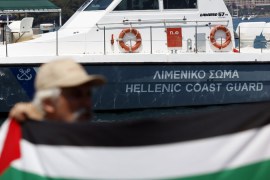 Pro-Palestinian activists have their sights set on sailing to Gaza, despite Greek authorities blocking them. 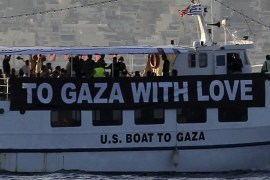 Obama’s administration has pursued a multi-track effort to prevent Americans from participating in the flotilla. 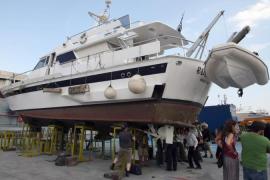