It is now apparent that the United States is the main culprit in preventing the ten-year-old multilateral trade negotiations known as the Doha Round from being closed this year. The US has even spurned World Trade Organisation Director General Pascal Lamy’s desperate attempt to get member states to support a wholly emasculated agreement – described by critics as “Doha Lite and Decaffeinated” – which is mainly confined to some concessions to the least-developed countries.

While there are bit players who could be cast as villains, the US ambassador to the WTO, Michael Punke, has assumed the role of global trade’s Mr No. But the problem is not Punke. America’s rejectionist stance comes from the top of the US government, starting with President Barack Obama’s lack of leadership.

From the outset of his presidency, Obama’s defence of a liberal trade regime has been inadequate. He has said repeatedly that exports are good for the US: they create jobs. But US exports are other nations’ imports, so Obama’s argument amounts to telling others to lose their jobs. He needs to remind Americans that imports are also good: he can surely ask his audience to think of jobs in the UPS cargo planes, freight trains, and trucks that carry imports into the American interior.

The main problem, however, is that Obama has been unable to confront, and put to rest, US labour unions’ fear-driven hostility to trade. Nor has he been willing to confront the business lobbies that are willing to hold the Doha Round hostage in order to extract ever more concessions by other countries, even though they know that the trade talks are about to be sucked into the Bermuda Triangle of the 2012 US presidential election.

Yet there is little in the opposition by fearful unions and greedy business lobbies that Obama could not beat back with compelling arguments. Besides, as the respected polling analyst Karlyn Bowman recently demonstrated, the US public is by no means strongly opposed to trade. This is partly because, in virtually every state, so many jobs today – and not just at UPS – depend on trade. Protectionism may, in fact, be an electoral dinosaur.

In any event, history’s great statesmen have always earned their spurs by bucking the political odds for a matter of principle. If Obama actually wrote less and read more, he would find at least two historical episodes of courageous leadership on trade that are worthy of his admiration and emulation.

One is the repeal of England’s Corn Laws by Prime Minister Robert Peel in 1846. In the critical vote for repeal that brought his political career to an end, Peel won only 106 votes from his Conservative Party, while 222 Tory MPs opposed him. He carried the day, but he lost the support of his party. As Lord Ashley observed in his diary: “[Peel] led the Tories and followed the Whigs.”

The other example is Winston Churchill, who was elected as a Conservative member of parliament from the northern industrial town of Oldham. After converting to free trade in 1904, he had to leave the party. He then joined the Liberal Party, accepting the invitation of the Liberal Association of Northwest Manchester.

Churchill was also for free immigration, and firmly opposed the proposed Aliens Bill of 1904 – partly because he saw traces of anti-Semitism in the fear, prompted by an influx of East European Jewish immigrants, of an “alien invasion”. Churchill was a politician of principle who, like Peel, fought against his own party and, unlike Peel, survived to go on to yet greater political triumph, in the epic battle against the Nazis.

These “profiles in courage,” to borrow John F Kennedy’s famous phrase, ought to inspire Obama at a time when presidential leadership is a crying need in Washington on critical economic issues. Obama campaigned on the slogan “Yes, we can,” not “Yes, we can, but we won’t”. As he watches an American economy assailed by economic ignorance, I have a new and better catchphrase for him: Nec aspera terrent, or “Difficulties be damned.”

Jagdish Bhagwati, Professor of Economics and Law at Columbia University and Senior Fellow in International Economics at the Council on Foreign Relations, was the Co-Chair of the High-Level Trade Experts Group appointed by the British, German, Indonesian, and Turkish governments.

A version of this article was first published by Project Syndicate. 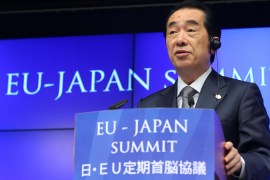 Free trade has an economic and moral case – as it promotes not just prosperity, but also peace. 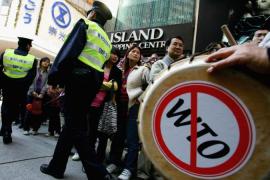 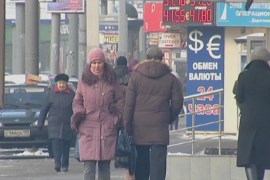 Officials from Moscow are in Brussels to meet European Union chiefs over membership. 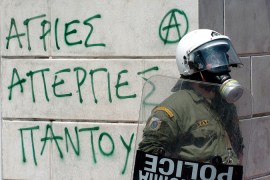 Debt-to-GDP ratios should be less of a concern than our inability to see these indicators as artificial and irrelevant.