When French-backed FRCI (Force Nouvelles) rebel fighters swooped in on Laurent Gbagbo in his palatial home turned foxhole, for a very brief moment, it seemed like it was all over. A fitting yet tragic end to the long and bloody tussle for power between Gbagbo, the stubborn incumbent president, and his adversary, Alassane Ouattara, the internationally recognised winner of Côte d’Ivoire’s November 2010 presidential elections.

It’s easy to recall the footage played over and over again on television screens around the world that day. April 11 was a sunny Monday afternoon in Abidjan in a mansion where a fallen Gbagbo, surrounded by his armed captors, wiped sweat off his bald, round head and face with a white handkerchief, while an aide handed him a sartorially questionable, lime-green and yellow Hawaii shirt to wear over his white vest. Once strapped into a camouflage bullet-proof vest, Gbagbo was whisked away to Ouattara’s headquarters at Hôtel du Golf. Then there were the disturbing pictures of his wife, Simone Gbagbo, being led away by FRCI rebels, carried in the pages of many newspapers around the world the following day.

Months later, Ouattara is president, Gbagbo is still awaiting trial for war crimes in a secret location in northern Côte d’Ivoire, and the international community is no longer rebuked for not paying enough attention to the Ivorian crisis. They – rather, we – should still be chastised. Despite the general calm and stability, the business of killing remains unfinished in parts of Côte d’Ivoire.

The International Criminal Court reports that at least 3,000 people died in the five-month-long post-election struggle for the presidency between Ouattara’s rebel army, the FRCI, and Gbagbo’s Young Patriots. Ouattara’s forces are reportedly responsible for the killing of 100 people in post-Gbagbo reprisal attacks in which the FRCI, now the formal Republican army, seek out suspected Gbagbo supporters in the southern and western parts of the country.

According to a lengthy Human Rights Watch report, the would-be Young Patriots are targeted on the basis of their ethnicity, age and the assumption that the communities in which they live had political ties to Gbagbo.

The report details ongoing civilian assaults by FRCI soldiers, despite the UN’s warning to the Ouattara administration to instruct troops to cease and desist. Two of the most gruesome accounts are from an unnamed man and woman who each experienced different kinds of horror at the hands of the FRCI.

Recalling the murder of his 21-year-old brother, a man from Yopougon – a neighbourhood in Abidjan considered to be the old stomping ground of Gbagbo’s Patriots – said:

As this graphic narrative reflects, bearing witness to violence demands the courage to speak. The vulnerable status of communities and ethnic groups perceived as belonging to the opposition becomes especially critical in shaky post-conflict transitions to peace when empowered state actors, such as the Ivorian military, resort to extra-judicial methods to exact their revenge. Under such circumstances, it is crucial that the voices of all victims are heard and perpetrators punished.

While young males are suspected of being members of the former incumbent’s militia, women are targets of gender-based sexual violence. Bravely sharing her testimony of a brutal act, a 34-year-old woman from Yopougon, Koweit, Abidjan – another Gbagbo stronghold – stated:

The disturbing account above shows how rape is used as a tool of politically-motivated ethnic assaults. This is not uncommon in Côte d’Ivoire. It is estimated that during the civil war of 2002-2007, one in ten women in Côte d’Ivoire were raped by both state forces and rebel fighters. Before the Gbagbo-Ouattara fighting, sexual violence against women was a persistent problem across the country, and in some northern rural communities, women feared they would be raped in the fields if they ploughed alone.

Without an adequately developed law and justice system to charge and convict rape offenders in Côte d’Ivoire, perpetrators often go unpunished. With low conviction rates for rape, it is unlikely that a military commander will be convicted for the rape of a 34-year-old woman.

Despite Ouattara’s oft-repeated calls for justice, peace and reconciliation for all Ivorian victims of post-election violence, members of the new republican army, a mix of rebel fighters and trained soldiers, rape and kill with impunity.

At the new president’s request, the international court has announced its intention to investigate acts of violence against civilians and bring them to justice. The tragic irony is that at least 100 people have been killed by the new state military in post-Gbagbo reprisal attacks. In June, fifteen Gbagbo supporters were arrested for threatening national security and economic crimes, but no one from the Ouattara camp has been jailed for atrocities committed during the Gbagbo-Ouattara struggle for power. The new president preaches justice and reconciliation, but appears to practice a lopsided application of the law.

Taking a more diplomatic approach, political analysts and human rights officials politely suggest that the ongoing violence might mar the presidency of Sarkozy’s friend and ally. The truth is that it is tainted already: tainted by the blood of those killed by pro-Ouattara forces in places like Duékoué and Abidjan.

Ouattara’s recently appointed General Soumaila Bakayoko, former leader of the FRCI rebel movement, as army chief. In the face of all these atrocities, this appointment unfortunately makes Ouattara an accessory to violence. It remains to be seen whether this is an act of gratitude to the rebels who helped him into power or a strategic unity move in a country long divided by ethnic, economic and religious differences.

For now, Bakayoko’s selection is likely to reinforce the divide between the military and police. In parts of Abidjan there have been reports of minor confrontations between sections of Gbagbo-loyalist police and pro-Ouattara soldiers, as well as tribal rebel groups who operate as self-appointed traffic wardens manning roadblocks.

Côte d’Ivoire has a real chance of putting its brutal past behind, but it cannot be done through wishing. The Ivorian president needs to make good on his promises to restore total peace and establish the rule of law, before things implode between bitter rivals. Again. 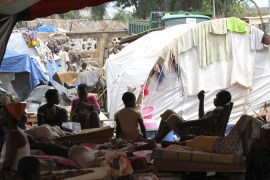 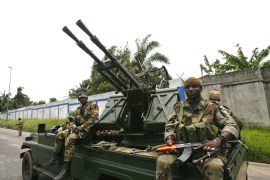