Not long ago, autism was among the rarest of disorders, afflicting only one child in every 2,000-5,000.

This changed dramatically with the publication in 1994 of DSM-IV (the manual of psychiatric diagnosis most widely used around the world). Soon, rates exploded to about one in every 100. And a large study in South Korea recently reported a further jump to 1 in 38 – an astounding three per cent of the general population was labelled “autistic”.

What is causing this epidemic and where are we headed?

The natural reaction to any plague is panic. Parents are now fearful that every delay in speech or socialisation presages autism. Childless couples decide to avoid having kids. Parents with autistic children are desolate and desperate to determine its cause.

The British physician Andrew Wakefield’s vaccine theory became wildly popular among parents, many of whom began to withhold vaccination (thus subjecting their own and other children to the risk of entirely preventable, and sometimes serious, illnesses).

Vaccination seemed a plausible cause because of the fortuitous correlation between getting shots and the onset of symptoms. Wakefield’s work has now been thoroughly discredited as incorrect and dishonest science. But fear of autism is so great, and the reactions to it so irrational, that in some circles Wakefield continues to be revered as a prophet.

Other factors must be behind the sharp rise in the diagnosis. Before DSM-IV, autism was among the most narrowly and clearly defined of disorders. Symptoms had to begin before age three and comprised a striking and unmistakable combination of severe language deficits, inability to form social relationships, and a preoccupation with a very narrow set of stereotyped behaviours.

In preparing DSM-IV, we decided to add a new category describing a milder (and therefore much more difficult to define and distinguish) form of autism, called Asperger syndrome. This seemed necessary because some children presented with more or less normal language development, but with grave social and behavioural difficulties. the condition was still quite rare, but we knew that Asperger’s would likely triple the rate of autistic disorders to about one in 500-1,000 – but this doesn’t explain the new rate of one in 38.

A second possible explanation for the explosion in autism is that previously missed cases are now being more accurately diagnosed. This is probably a factor, but again only a minor one.

Perhaps, then, an environmental toxin is causing an epidemic outbreak of autism. This has been the most popular theory, but it, too, is a small factor, at best. There has been no sudden environmental change since 1994 to account for an explosion in rates. This doesn’t entirely disprove an environmental vector, but it does make the odds quite remote – especially since there is a far more plausible explanation.

The most likely cause of the autism epidemic is that autism has become fashionable – a popular fad diagnosis.

Once rare and unmistakable, the term is now used loosely to describe people who do not really satisfy the narrow criteria intended for it by DSM-IV. Autism now casts a wide net, catching much milder problems that previously went undiagnosed altogether or were given other labels. Autism is no longer seen as an extremely disabling condition, and many creative and normally eccentric people have discovered their inner autistic self.

This dramatic swing from under to overdiagnosis has been fuelled by widespread publicity, internet support and advocacy groups, and the fact that expensive school services are provided only for those who have received the diagnosis. The Korean study, for example, was financed by an autism advocacy group, which could barely contain its enthusiasm at the high rates that were reported.

The Korean study paid no attention to the bias that haunts all epidemiological studies, which always overestimate pathology rates by including as disorder even very mild presentations that do not have clinical significance. It is entirely plausible that three per cent of the population may have some smidgen of autism, but it is entirely implausible that so many would have symptoms severe enough to qualify as an autistic disorder.

Reported rates should be regarded as an upper limit, not as a true reflection of the rate of actual mental disorder.

Human nature, neurological illness, and psychiatric disorder all change very slowly, if at all. Environmental toxins do not usually just pop out of nowhere to make a condition 100 times more common than it was less than 20 years before.

A more plausible scenario is that DSM-IV gave autism purchase by introducing a milder form that is close to the extremely populous boundary of normality. Then autism took flight on the wings of definitional diffusion, internet contagion, financial incentive, and naïve interpretation of epidemiological results.

The autism “epidemic” is set to spread further starting in May 2013, when the next revision of the diagnostic manual (DSM 5) will be published. The DSM 5 definition of an “autistic spectrum” will cast an even wider net, capturing many people now considered to be normal or to have another disorder. Their symptoms will not have changed – just the label. 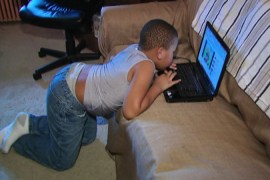 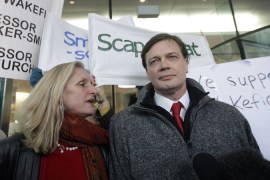 British medical publication says that a controversial study linking some vaccinations to autism “is an elaborate fraud”. 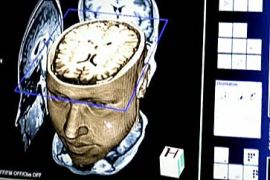 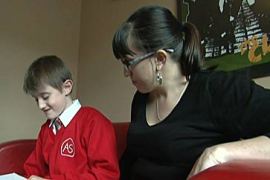