In a time of tight budgets and financial crisis, politicians look to economic growth as the centrepiece of their domestic policy programmes. Gross Domestic Product is taken to be the leading indicator of national well-being. But, as we look ahead to 2011 and beyond, we should ask ourselves: is it really wise to accord such importance to growth?

Granted, many studies have confirmed that wealthier nations tend to be happier than poor ones, and that rich people are generally more satisfied than their less affluent fellow citizens. Yet other findings from several relatively well-to-do countries, such as South Korea and the United States, suggest that people there are essentially no happier today than they were 50 years ago, despite a doubling or quadrupling of average per-capita income.

Moreover, in a recent Canadian study[PDF], the happiest people turned out to reside in the poorest provinces, such as Newfoundland and Nova Scotia, while citizens in the richest provinces, notably Ontario and British Columbia, were among the least happy. Since happiness is ultimately what people want the most, while wealth is only a means to that end, the primacy now accorded to economic growth would appear to be a mistake.

What seems clear from such research is that people do quite poorly at predicting what will make them happy or sad. They focus too much on their initial responses to changes in their lives and overlook how quickly the pleasure of a new car, a pay increase, or a move to sunnier climes will fade, leaving them no happier than before. It is hazardous, therefore, for politicians to simply rely on opinion polls and focus groups to discover what will truly enhance people’s happiness.

In the findings to date, however, two conclusions have emerged that seem especially useful for policymakers to ponder. First, most of the things that do bring enduring satisfaction for individuals are also good for other people – strong marriages and close relationships of all kinds, helping others, engaging in civic affairs, and effective, honest, democratic government. Thus, policies that promote individual well-being tend to benefit society as well.

Second, experiences that bring lasting pleasure or unhappiness do not always command a high priority in government circles. For example, three medical afflictions that create especially acute and enduring distress – clinical depression, chronic pain, and sleep disorders – are all conditions that can often be treated successfully, to the vast relief of sufferers. But such people are frequently underserved by health-care systems.

The natural response to all this is to ask whether happiness research is really reliable enough to be used by policymakers. Researchers have paid close attention to this issue, and, after much testing, have found that the answers people give to questions about their well-being seem to correspond fairly well to more objective evidence.

People who claim to be happy tend to live longer, commit suicide and abuse drugs and alcohol less often, get promoted more frequently by their employers, and enjoy more good friends and have lasting marriages. Their assessments of their own well-being also align quite closely with the opinions of friends and family members.

So, overall, statistics about happiness seem to be as accurate as many of the statistics regularly used by politicians, such as public-opinion polls, poverty rates, or, for that matter, GDP growth – all of which are riddled with imperfections.

Of course, happiness research is still new. Many questions remain unexplored, some studies lack sufficient confirmatory evidence, and still others, such as those involving the effects of economic growth, have yielded conflicting results.

Thus, it would be premature to base bold new policies on happiness research alone, or to follow the example of tiny Bhutan by adopting Gross National Happiness as the nation’s principal goal. Yet the findings may be useful to lawmakers even today – for example, in assigning priorities among several plausible initiatives, or in identifying new possibilities for policy interventions that deserve further study.

At the very least, governments should follow Great Britain and France [PDF] and consider publishing regular statistics on trends in the well-being of their citizens. Such findings will surely stimulate useful public discussion while yielding valuable data for investigators to use.

Beyond that, who knows? Further research will doubtless provide more detailed and reliable information about the kinds of policies that add to people’s happiness. Someday, perhaps, public officials may even use the research to inform their decisions. After all, what could matter more to their constituents than happiness? In a democracy, at least, that should surely count for something. 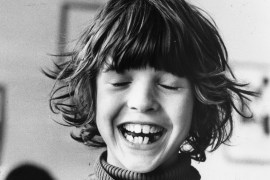 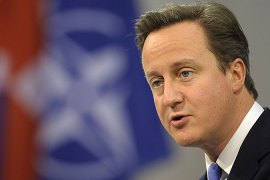 Government to measure “general well-being” of population at a time when tough austerity measures are beginning to bite. 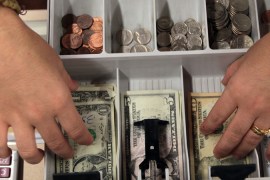 Forget everything your therapist told you and focus on your CV: A new study says that paycheck rules your state of mind. 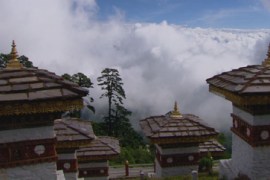