In a muted ceremony at the sprawling Kandahar Air Field last week, the Canadian military handed over combat command in the Kandahar province of southern Afghanistan, the heartland of the Taliban insurgency, five and a half years after assuming control over the province in 2006.

The Canadian redeployment is a prelude to wider NATO drawdowns this year and next by the UK, France, and Belgium, among other NATO nations; the first of 10,000 US soldiers due to leave before the end of the year have packed up in northern Afghanistan.

The first of almost 3,000 Canadian troops began arriving home this week, while 950 others have headed to Kabul to begin a three year mission as the second largest contributing nation to the Afghanistan security forces training operation.

The Kandahar operations have been framed as a model of Canadian expeditionary interventions going forward, dispensing with any semblance of the blue-helmeted peace-keeper narrative that had long been a convenient political posture and popular mythology, rather than an accurate assessment of Canada’s military history.

The Canadian Forces, for their part, have been keen to jettison what top soldier, General Walter Natynczyk, called the “peacekeeping myth” in Canada. In an era of close-quarters urban warfare and counterinsurgency, Canada’s mission in Kandahar provided “a laboratory” – in the words of Robert Gates – for this new type of warfare.

Taking the fight to the Taliban

When Canada entered Kandahar in 2006, their presence doubled the NATO force in the restive province, but by 2011, after President Obama’s 30,000-strong troop surge, the Canadians were essentially marginalised by the much larger Marine Corps influx.

At that point in the war, which Canada joined “shoulder to shoulder” with the United States after the attacks of September 11, 2001, twelve Canadian soldiers had been killed.

The casualty rate would grow considerably in the coming years, with 145 Canadian soldiers, a diplomat, an embedded journalist, and two aid workers killed during the Kandahar phase – greater than the combined losses of Germany, France and Italy.

While only a fraction of the costs borne by Afghans, the toll was wearing on the public impression of the mission. The monetary cost – some US $18 billion, according to an assessment by the Parliamentary Budget Office – was also mounting.

Still, it would seem that little was accomplished. A Canadian reporter in Kandahar last week told readers that the most common refrain in the region was “give us electricity”, despite tens of billions in “aid” money, including US $1.2 billion by Canada alone during the past five years.

From mop up to retreat

Canada’s mission in Kandahar was initially characterised as a tidy-up operation against the “remnants” of a virtually defeated Taliban insurgency.

After much boasting of victory and talk of impending decisive engagements in the early days of the fight in Kandahar, Canadian generals soon took a more modest line in the face of unrelenting and unconquerable Afghan resistance. Though the 1842 massacre of Elphinstone’s British army it was not, the Canadian retreat from Kandahar was certainly no victory.

Increasing opposition in Canada to the unwinnable war, as well as the exhaustion and over-stretch of the Canadian army, was presenting a strategic challenge for Canada’s transformation to a counterinsurgency force and the attendant vision of expeditionary interventionism beyond Afghanistan.

Indeed, it was not popular demonstrations at home that forced the planners and politicians’ hands, but rather the increasing threat of a “Vietnam syndrome” taking effect in Canada. One Canadian scholar of the war called it the “Afghanistan paradox”.

On the one hand, Afghanistan allowed for a transformation of Canada’s warfighting posture in military equipment, in doctrine and in training, as well as in public messaging campaigns. Canadian soldiers became a popular accessory in cultural events – rappelling from the rafters to open hockey or football games, or accompanying business leaders to meetings in Washington.

On the other hand, the paradox was that if counterinsurgency interventionism became henceforth painted with the Afghanistan-brush – namely, unwinnable, deadly, and unending – it would be more difficult to rally popular, and also military, support for the next wars.

The withdrawal, said Lt General Peter Devlin, the chief of the army, is “vital to the CF being reloaded and ready for tomorrow.”

In fact, concerns of dwindling support have not translated into difficulties in recruiting fighters, according to recent figures from the military. According to the Department of National Defence, “as the death toll in Afghanistan mounted and the political rhetoric surrounding the mission grew more heated, the number of Canadian Forces applicants rose steadily, sometimes reaching levels twice those at the beginning of the mission.”

Regardless, “reloading” is the phrase of choice for the Canadian Forces: the overworked vehicles need fixing, the materiel needs restocking, and the rank and file soldiers need a break after multiple rotations in Afghanistan.

Late last month, the prime minister visited Kandahar and anointed the mission a “success” and deemed the country no longer a threat. But it can hardly live up to his earlier promise not to “cut and run”.

If the Afghanistan war was, as one newspaper called it, “the first chapter of a new book on Canadian Forces”, the second chapter began before the first ended.

In early March, two weeks before the beginning of the NATO war on Libya, Canadian Forces dispatched a warship to join the US-led show of force off the coast of Libya.

Since air strikes began in Libya in March, NATO has conducted more than 15,000 sorties, including more than 5,623 involving airstrikes. Each one has been approved by NATO’s top commander, Canadian Air Force Lt General Charles Bouchard, whom the BBC has described as “NATO’s man against Gaddafi”.

Two rotations of Canadian warships have enforced the naval blockade on Libya’s Mediterranean coast, while Canadian CF-18s have been involved in about 523 missions, dropping some 400 laser-guided bombs, according to the Department of National Defence.

Canada’s role at the lead of the Libya war is seen as a nod to US President Barack Obama’s desire to “de-Americanise” the war, keeping the US out of the limelight, a function Canada’s military has a history of obliging.

Foreign Minister John Baird visited rebel-held Benghazi last month and went so far as to personally sign munitions that were to be dropped on Libya. “Free Libya. Democracy”, the minister penned on a missile.

“We’re big players in NATO, we’re a country that has become a go-to nation in response to situations like what we’re seeing in Libya, what we saw in Haiti, we are constantly working within that paradigm of countries to see where we can bring that niche capability to bear,” declared Defence Minister Peter MacKay at an arms fair in Ottawa last month.

This week, Canada signed a foreign base deal with Kuwait, and MacKay used the sendoff ceremony in Kandahar to announce the largest operation mounted yet in order to stake Canada’s claim to the High Arctic amid saber-rattling by the Russians.

“The focus of the planning, let’s be clear, is on our capability for expeditionary participation in international missions,” said MacKay.

“We know where our interests lie, and who our friends are,” said Prime Minister Harper last month. “Strength is not an option; it is a vital necessity.”

In “a dangerous world, countries are from time to time called upon to do things to deal with those dangers, [and] if you don’t have the capacity to act, you are not taken seriously”, the Prime Minister said.

If the missions in Afghanistan and Libya say anything, it’s that an aggressive Canada intends to be taken seriously. 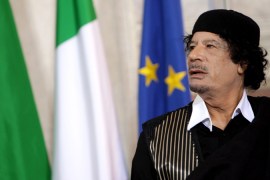 US sends ‘time to go’ message to Gaddafi

US official says weekend meeting with envoys from Tripoli was to reaffirm Washington’s call for Libyan leader to quit. 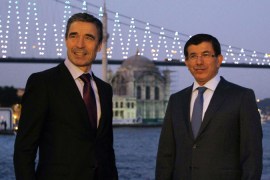 Libya Contact Group meets, with Turkish ‘road map’ to resolve conflict and further support for rebels on the agenda.