As South Africans celebrate the birthday of their national hero Nelson Mandela all the accolades again praise him as a peacemaker, moderate, and a saint. This image of Mandela is one that has been aggressively cultivated since his elevation from prisoner to president with the first democratic election in 1994, and is a curious part of a political project with the twin objectives of moderating one of the primary symbols of the South African liberation struggle on the one hand, and appropriating this ‘new Mandela’ for a moderate or even conservative political project.

The saint-like status that Mandela has acquired in the West, traditionally hostile to Mandela’s politics and that of his organisation the African National Congress (ANC) is mirrored in the false adulation showered upon him by the local parliamentary opposition party the Democratic Alliance. The Democratic Alliance is mainly a coalition of former liberals and the remnants of the National Party that ruled South Africa until 1994. The capture of the Mandela icon and his transformation from militant to moderate saint is now almost complete.

And yet, this is not the Mandela that black South Africans know. The Mandela we know has always been a militant, from his days as a fiery youth leader in the 1940s, through leading the ANC Defiance Campaign against the Apartheid government in 1952 and being the first commander of that organisation’s armed wing when it turned to violent resistance in 1961.

His speech to the court in April 1964, as he and his fellow ANC comrades faced the real risk of the death penalty, is an articulation of a militancy that is at once reasonable and defiant. Throughout his long imprisonment Mandela refused offers of personal freedom in exchange for abandoning violent resistance to the Apartheid government.

In a message smuggled out of prison in 1985 and delivered through his daughter he stated that he was “not prepared to make such a commitment (to peaceful resistance) while you, the people, are not free”. Even upon his release from prison in 1990 he emphasised during his first public speech the important role that armed resistance played in the liberation struggle, and that, despite his personal freedom, it will continue. Only when political negotiations had clearly reached an irreversible momentum did Mandela support the cessation of armed activity against the government.

Prior to the political transition, Bantustan leaders such as Mangosuthu Buthelezi fulfilled the function of moderate leaders with whom white South Africa could engage, while Mandela and his ‘terrorist friends’ were regarded as an existential danger to the continued existence of white South Africa and in fact the entire civilising mission in South Africa.

Since Mandela’s release from prison the role of villain has been played by Chris Hani the assassinated leader of the South African Communist Party, former president Thabo Mbeki and current president Jacob Zuma. The most recent reincarnation of the dangerous, unreasonable black politician is Julius Malema, the leader of the ANC Youth League. It goes without saying that Hani, Mbeki and Zuma have all subsequently been found, remarkably, to be rather reasonable people that white South Africa could ‘do business with’.

I was shocked recently, after watching a documentary of interviews with Mandela and Hani, that the almost exclusively white audience lamented the lack of ‘thinking, reasonable leaders’ like Chris Hani in an age where the political discourse is ruled by loudmouths such as Julius Malema. This is the same Hani that was unquestionably the most hated figure in white South Africa prior to his murder at the hand of white extremists in 1993.

The transition in South Africa has thus far singularly failed to meet the expectations of the dispossessed and poor. The economy, land, academia and private institutions remain firmly in the hands of white South Africa, while black people are expected to be satisfied with the smattering of black faces in corporate boardrooms.

In this context the image and legacy of Mandela must be regained to reflect the progressive and restless character of the man himself. The Mandela that is militant, defiant yet deliberate is the one that did, and can again inspire South Africans to continue the struggle for the change the country so desperately needs. 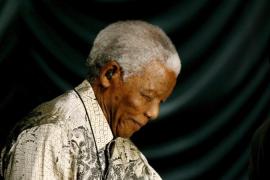 Western media like to portray him as an icon rather than a radical who used armed struggle in the fight for justice. 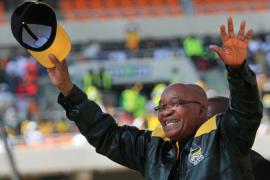 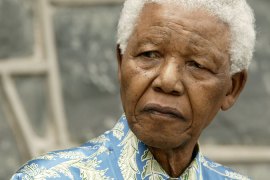