In death, legendary Baltimore Colts tight end John Mackey will undoubtedly be remembered for how he played the game. The 6’2″ 230-pounder who played from 1963-1972 set the standard for his position, combining speed and power like no tight end who had ever taken the field.

As his former coach Don Shula told the Baltimore Sun: “Previous to John, tight ends were big strong guys like [Mike] Ditka and [Ron] Kramer who would block and catch short passes over the middle. Mackey gave us a tight end who weighed 230, ran a 4.6 and could catch the bomb. It was a weapon other teams didn’t have.” He was the second player at his position ever elected to the Pro Football Hall of Fame – and college football’s award for best tight end bears his name.

But in this 2011 season forever defined by the longest work stoppage in NFL history, the timing of Mackey’s death is in some ways his last selfless act toward the players he so dearly loved. John Mackey’s legacy lies less on the field than in both his historic tenure as the head of the NFL Players Association from 1969-1973 and in the way he suffered from front temporal dementia over the last years of his life.

Mackey was the first president of the NFL Players Association following the NFL-AFL merger. Called “the smartest man in the room”by former Buffalo Bills quarterback and future Vice Presidential nominee Jack Kemp, he rapidly gained a reputation as someone who would stand up to NFL Commissioner Pete Rozelle and fight for improved wages, benefits, and safety. He rallied disparate players from two different leagues to “one team” and the NFLPA became the first sports union recognised by the National Labor Relations Board. In 1970, Mackey organised the league’s first players’ strike, a victory that earned an additional $11 million in pensions and benefits.

Teammate and former union president Ordell Braase said: “We were a fractured group until John began putting permanence in [the union’s] day-to-day operations, He had a vision for that job, which was more than just putting in time and keeping the natives calm. You don’t get anything unless you really rattle the cage.”

Mackey also went to court and won an antitrust lawsuit that ended what was known as the “Rozelle Rule”. The “Rozelle Rule” dictated that any team that lost a free agent was entitled to receive “equal compensation” from the player’s new organisation. Mackey flattened the Rozelle rule in court like it was an undersised defensive back, which set the legal precedent to win true free agency in the sport. In other words, if every one of today’s players sent ten per cent of their paycheck to the John Mackey family, it still wouldn’t equal the cash flow he opened up.

Mackey paid a price for his activism, traded from the Baltimore Colts to the San Diego Chargers the following season and then forced into retirement. His sacrifice, however, is revered at the NFLPA. Following Mackey’s detah, current Players Association President DeMaurice Smith wrote: “John Mackey is still a leader. As president of the NFLPA he led the fight for fairness with brilliance and ferocious drive. John Mackey has inspired me and will continue to inspire our players and define our institution. He will be missed but never forgotten.”

But the man who first drew a line in the sand around issues of safety and benefits, then became the sport’s most visible victim. Football is a brutal game, where players last 3.4 years and according to one study, die 20 years before the typical American male. Few people had to live with the scars of this sport for longer and with more visibility than John Mackey. Just as Muhammad Ali has walked the earth these past 20 years, a shadow of his former self and a living reminder of the price paid for combat-entertainment, John Mackey suffered in the public eye.

Friends noticed changes in him decades ago, as he started to shudder involuntarily and become disoriented. The “smartest guy in the room” had trouble remembering things from earlier in the week. In 2000, he was diagnosed with frontal temporal dementia, a brutal condition that makes Alzheimer’s look like a tender mercy. Lethargy, apathy, the inability to feed, clothe yourself, the loss of “social graces”, and extreme paranoia, are all symptoms.

In a widely reported story, during the 2006 season, Mackey became enraged and disoriented watching Colts wide receiver Marvin Harrison on television because Harrison was wearing Mackey’s same number 88. That year, Mackey was forced to live in a full-time assisted living facility because of his condition. Initially, the NFL would not pay for it because the official wisdom – and it feels obscene to even type these words – was that there was no link between football and brain injury.

His wife Sylvia was a profile in courage during this ordeal, working full-time as a flight attendant and saying to the press: “I take everything in stride. I stay upbeat. When I hear other women in the same position, it’s so easy for it to beat them down. I don’t get sad, though. I can’t.” As former Baltimore Sun sportswriter Rick Maese wrote in 2005: “It’s not easy to figure out just how Sylvia does it – she’s working full time and parenting her aging husband. It all seems so frustrating, but you don’t get that from talking to Sylvia. It seems like she just doesn’t have time to get sad.”

Since that time, the league and the NFLPA together started the “88 plan” – named after Mackey’s uniform number. The “88 plan” provides $88,000-a-year for nursing home care and up to $50,000 annually for adult day care for players suffering from brain damage.

John Mackey’s death is a tragedy that should remind us of both the price paid by players past for decent wages and benefits and the price every player pays once the cheering stops. As the NFL owners continue to insist on longer seasons and benefit cuts, we should all remember that it’s the players who bear the scar tissue of America’s 21st century pastime. No one should have to be martyred to play this game. Every player now bears an obligation to carry the memory of John Mackey forward – so no family ever has to bear the weight that his family was forced to bear with such remarkable grace.

Dave Zirin is the author of ‘Bad Sports: How Owners Are Ruining the Games We Love’ and just made the new documentary ‘Not Just a Game’. 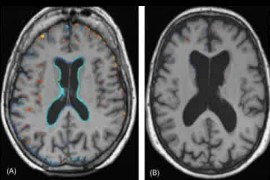 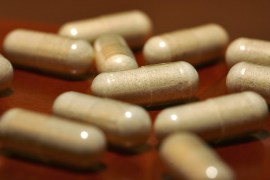 Vitamin B could ‘delay’ memory loss 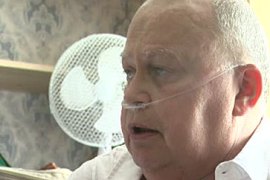 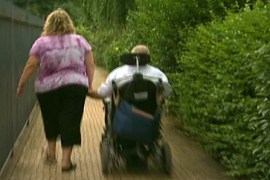 Number of Europeans diagnosed with some form of dementia expected to double.