Mahatma Gandhi acutely observed that “the greatness of a nation and its moral progress can be judged by the way its animals are treated”. To seek to reduce the suffering of those who are completely under one’s domination, and unable to fight back, is truly a mark of a civilised society.

Charting the progress of animal-welfare legislation around the world is therefore an indication of moral progress more generally. Last month, parallel developments on opposite sides of the world gave us grounds for thinking that the world may, slowly and haltingly, be becoming a little more civilised.

First, the British House of Commons passed a motion directing the government to impose a ban on the use of wild animals in circuses. The motion followed the release of undercover footage, obtained by Animal Defenders International, of a circus worker repeatedly beating Anne, an elephant. The measure was, at least initially, opposed by the Conservative government, but supported by members of all political parties. In a triumph for parliamentary democracy, the motion passed without dissent.

More controversially, the lower house of the Dutch parliament passed a law giving the Jewish and Islamic communities a year to provide evidence that animals slaughtered by traditional methods do not experience greater pain than those that are stunned before they are killed. If the evidence cannot be provided, stunning before slaughter will be required in the Netherlands.

At times, it has seemed that gains for animals in Western countries have been outweighed by increasing animal abuse in China, as growing prosperity there boosts demand for animal products. I found it difficult to watch the videotape of the beating of Anne, but that recording did not compare to videos I have seen of animal cruelty in China.

The sickening footage available online shows bears kept in cages so small that they cannot stand up, or in some cases move at all, so that bile can be taken from them. Worse still (if one can compare such atrocities) is a video showing fur-bearing animals being skinned alive and thrown onto a pile of other animals, where they are left to die slowly.

In light – perhaps one should say darkness – of such images, it is sometimes suggested that animal welfare is exclusively a Western concern. But that is implausible, given that Buddhist tradition places more emphasis on concern for animals than Judaism, Christianity or Islam. Long before Western philosophers included animals in their ethics, Chinese philosophers such as Zhuangzi said that love should permeate relations not only between humans, but between all sentient beings. Nowadays, China has its own animal-rights campaigners, and there are signs that their message is beginning to be heard.

One recent sign again concerns circuses. Chinese zoos have drawn crowds by staging animal spectacles, and by allowing members of the public to buy live chickens, goats, and horses in order to watch them being pulled apart by lions, tigers, and other big cats. Now the Chinese government has forbidden state-owned zoos from taking part in such cruelty.

Welcome as these initiatives are, the number of animals in circuses and zoos is tiny compared to the tens of billions of animals suffering in factory farms. In this area, Western countries have set a deplorable example.

Recently, however, the European Union has recognised that the intensive confinement of farm animals has gone too far. It has already outlawed keeping veal calves in individual stalls, and, in six months, it will be illegal in all 27 EU countries, from Portugal to Poland and from Britain to Greece, to keep laying hens in the bare-wire cages that today dominate the egg industry around the world. In January 2013, keeping breeding sows in individual stalls will also be prohibited.

The United States lags behind Europe in getting rid of the worst forms of abuse of farm animals. The problem does not lie with voters, who, in states such as Florida, Arizona, and California, have shown that they want farm animals to have better protection than the animal industries typically provide. The biggest problems are in those states that lack a mechanism for citizens to initiate a referendum on how farm animals should be treated. Unfortunately, this group includes the Midwestern and southern states, where the majority of America’s farmed animals are produced.

China’s centralised government can, if it so chooses, ensure that animal-welfare laws apply throughout the country. The animal-welfare movement in China should not be satisfied with its small but conspicuous success regarding animal abuse in zoos. It must move on to the far more significant target of better living conditions and more humane deaths for bears and fur-bearing animals, as well as for cows, pigs, laying hens, and chickens.

There remain many other countries with deplorable animal-welfare standards. In Indonesia, for example, Animals Australia recorded undercover videos showing such brutal treatment of Australian-raised cattle that Australia’s government suspended cattle exports to the country. Now some MPs are calling for a permanent ban. The best hope for further progress, it seems, lies in animal welfare becoming, like human rights, an international issue that affects countries’ reputations.

Peter Singer is professor of bioethics at Princeton University and Laureate Professor at the University of Melbourne. His books include Animal Liberation, Practical Ethics, The Ethics of What We Eat, and The Life You Can Save. 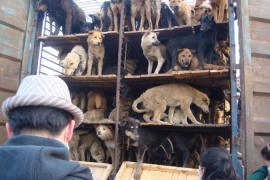 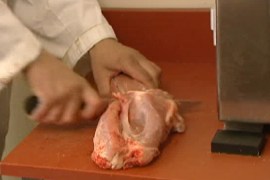 Bill would outlaw halal and kosher meat, as religious leaders say their communities are frightened for their future. 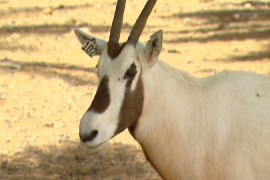 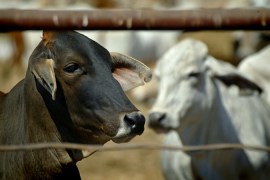 Suspension to stay until new regulations are established to protect the livestock from mistreatment.