In December 2009, President Obama sent an additional 30,000 troops to confront growing violence in Afghanistan. Though the impact of the US military and diplomatic surge remains uncertain, we can nevertheless conclude that 2010 was easily the most violent year in the decade-old conflict.

The Taliban’s response, however, to this renewed attention by the international community was a surge of their own, which they launched through bold attacks and targeted assassinations of senior Afghan government officials. Their efforts have clearly made an impact on the ground.

The past three decades in Afghan history are filled with nothing but violence: cities turned into rubble; atrocities committed by countless different factions and – most importantly – generations lost to the violence.

Indeed, Afghans are now tired and just want to live in peace in a country where their children can go to school and live a normal life.

The process of reconciliation has become an important demand of Afghans and most are convinced, and will tell you, that the only way to end this bloody conflict is through a political settlement with the Taliban. Of course, there are a few voices that claim this blood bath should continue until the Taliban is “defeated”, but their arguments are divorced from the reality on the ground.

There are also indicators that the Taliban have the desire to engage in discussions that could lead to some kind of reconciliation.

On their part, the Afghan government has taken the initiative and created a 70-member High Peace Council (HPC). The HPC has become the leading body working towards reintegration and reconciliation efforts. Their mandate is to reach out and engage the Taliban.

Nonetheless, what is desperately needed is an “address” for the Taliban, which could represent them and open channels for transparent face-to-face interaction. The point of an address would be to turn discussions into dialogue, and dialogue into negotiations.

From the outset, coordination of efforts by the international community has been a major challenge in Afghanistan. Governments and major international organisations have always acted in their own interests and according to their policies rather than the demands of the Afghan people.

General David Petreaus, commander of the International Security Assistance Force, described the posture of the international community vis-a-vis the political process as “reconciliation tourism” – insinuating that most influential players on the ground are busily establishing Taliban contacts.

As a result, there is much confusion about the process and its direction.

There are countries that view a political settlement in Afghanistan as an early exit; so naturally they have redirected their efforts. But the question they are not asking is this: Shouldn’t the Afghans be leading these efforts?

To make matters worse, many countries lack an understanding of the complex process and the players involved; because of that, their actions are not well thought out or effective. A case in point is the high-level meetings that were held in Kabul with a “shopkeeper”, posing as the Taliban’s number two operative.

The most important advantage of establishing an address for the Taliban would be to combine the reconciliation efforts that are currently underway into one channel. There are several players vying for the role of a facilitator, uniting these efforts could contribute to a more successful process.

Second, the position of the Taliban on important issues will also become clear in this process. There is a lot of speculation about the Taliban’s position, but frankly, no one has a clear idea.

The Taliban’s key demand has always been the removal of foreign forces. But what do they think about human rights, education and other important issues? Crucially, what kind of Afghanistan do they aspire to live in?

Third, an important fact the West needs to understand is that there are many different groups that carry out various acts of violence across Afghanistan – and at the end of the day, most of these acts are attributed to the Taliban.

It must also be noted that there are actors who take advantage of this knee-jerk reaction and misuse the identity of the Taliban for their own political purposes. Clear representation of and by the Taliban can put an end to these types of “misunderstandings”.

Fourth, it is estimated that around 35 per cent of the schools in southern Afghanistan are closed. The health care situation is even more bleak. A coordinated effort based on consensus with the Taliban can tackle these issues and humanitarian assistance can be delivered to the people who are in urgent need.

Now, where should this address be? Names of a few countries have been debated, but at this stage the best option is to let the Taliban decide. The Afghan government and the international community should throw the ball into their court as a gesture of goodwill, showing that they are indeed sincere about the political process.

2011 is a crucial year for Afghanistan. The way this war has been handled for the past ten years has not – and will not – be successful.

The international community can continue with “more of the same”, which will inevitably lead to further violence and loss of innocent lives – or they could embark on a logical and thought-out process, supporting the legitimisation of the Taliban. Naturally, the choice is clear for the Afghan people.

Abdul Salam Zaeef is a former ambassador of the Taliban to Pakistan and author of My Life with the Taliban. He was detained in Pakistan in 2002, and held on the USS Bataan, in Bagram prison and at Guantanamo Bay until 2005. His 2010 interview with Al Jazeera can be watched here: Mullah Zaeef on the Taliban

Hekmat Karzai is the Director of the Centre for Conflict and Peace Studies (CAPS) in Kabul. 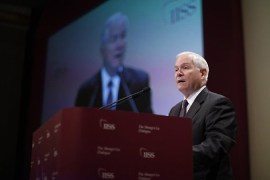 US-Taliban talks expected within a year

Military pressure in Afghanistan could lead to real opportunities for dialogue, the US defence secretary says. 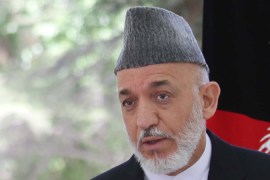 Afghan president says foreign forces risk becoming an occupying force if they do not halt air strikes on civilians. 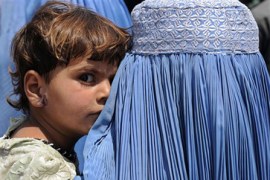 The Taliban’s former ambassador to Pakistan has been released from the US naval base prison at Guantanamo Bay, Cuba.