On June 2, a report form the prestigious Global Commission on Drug Policy told the world what it already knew: the decades-long war on drugs has been a spectacular failure.

“The global war on drugs has failed, with devastating consequences for individuals and societies around the world,” said the report in its executive summary, “fundamental reforms in national and global drug control policies are urgently needed.”

It went on to highlight counter-productive aspects of the war on drugs, noting that “repressive efforts directed at consumers impede public health measures to reduce HIV/AIDS, overdose fatalities
and other harmful consequences of drug use”.

In cahoots with cartels?

Unsurprisingly – given the role the Cold War played in promoting the international drug trade – both Russia and the US recklessly denounced the report. The report also advised a strategic approach to tackling criminal mass violence as a distinct problem: Focus repressive actions on violent criminal organisations, but do so in ways that undermine their power and reach while prioritising the reduction of violence and intimidation.

“We have to realise that we are dealing with a global propaganda of illicit drugs here,” said Russia’s federal drug control service head Viktor Ivanov, clearly ignoring the report’s actual content. “This propaganda campaign is linked to the huge profits [from sales of illicit drugs] that are estimated at about $800bn annually,” he said.

The US stopped short of accusing the commission of being in cahoots with drug cartels, but was similarly disengaged from the report’s actual contents.

“Drug addiction is a disease that can be successfully prevented and treated,” said Rafael Lemaitre, spokesman of the Whitehouse office of National Drug Control Policy. But this argument ignores two key points made by the report: First that only ten per cent of users are drug-dependent, and second, that the current law-enforcement focus makes it significantly harder to provide the successful prevention and treatment that Lemaitre spoke of as if they were already the norm.

Lemaitre’s press release also cited a smorgasbord of statistics giving the strong impression of dramatic and unbroken success. But they had the distinct feel of being carefully cherry-picked, as was confirmed by Bill Piper, Director of National Affairs for the Drug Policy Institute.

“Drug use statistics go up and down, they fluctuate,” Piper said. “What really matters is not overall drug use rates, but more important criteria such as overdose fatalities, spread of HIV/AIDS, violence, addiction, etc.  And when we look at all those statistics, it’s all bad news.”

And, indeed, it was the totality of drug war results that was the drug commission’s over-riding concern: the wasted money and other resources, violence and wasted lives. If one reads the report itself, and ignores the criticisms that are based on mis-characterising what it says, it’s difficult to understand how or why the current failed policies can persist. Which is why it helps to turn to a bit of history.

As historian Alfred McCoy explained in his 1972 classic, The Politics of Heroin in Southeast Asia: CIA Complicity in the Global Drug Trade – later revised and expanded into The Politics of Heroin – the global hard drug trade was virtually destroyed by World War II. The CIA helped revive it, beginning by striking a deal with the Corsican Mafia to secure their assistance in driving communist union organisers off of the docks of Marseilles, laying the foundations for the “French Connection”.

There followed a long, far-reaching pattern of cooperation between US covert operations and high-level drug-dealing organisations, who helped make the shadier covert operations self-financing, insulating them from unwanted oversight. Thus, Southeast Asia became a major global drug-supplier as an off-shoot of the Vietnam War, especially its more covert aspects. Similarly, the CIA-supported Afghanistan conflict not only helped create al-Qaeda, it rocketed the local poppy crop to the top of the global charts. In addition, a wide range of covert actions across Latin America helped fuel the cocaine explosion of the 1970s and 1980s, including the innovation of crack cocaine.

But this was only one side of the story. The other side begins with Richard Nixon, who ran for president on “law and order” in 1968. This was largely just code for lumping together his most voiceless political enemies – student demonstrators and “uppity” urban blacks – but it was given a rational veneer as a promise to crack down on street crime – something that presidents had virtually nothing to do with at the time.

Once elected, Nixon cast about for a way to make good on his impossible promise – or at least to look tough fighting against the odds. The war on drugs was the answer he came up with, and ever since it has survived on this strange conjunction of unacknowledged political motives on the one hand, and the impossibility of actual success on the other. Its political utility is grounded in the fact that it’s a war that can never be won.  All it can do is keep piling up victims, year after year.

The Global Commission on Drug Policy calls that a “failure”. But Nixon would call it a tremendous success. And Washington is Nixon’s town, now more than ever before.

The views expressed in this article are the author’s own and no not necessarily represent Al Jazeera’s editorial policy. 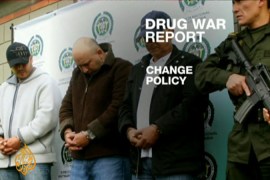 Global Commission on Drug Policy cites rising use of cocaine, opiates and marijuana to announce failure. 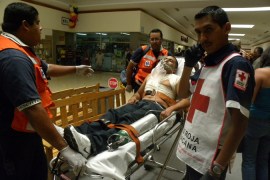 Dying to cover the drug war

Mexico has become one of the world’s most dangerous countries for journalists, with at least 44 killed since 2006. 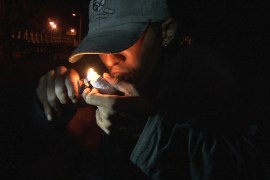 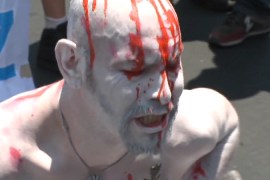